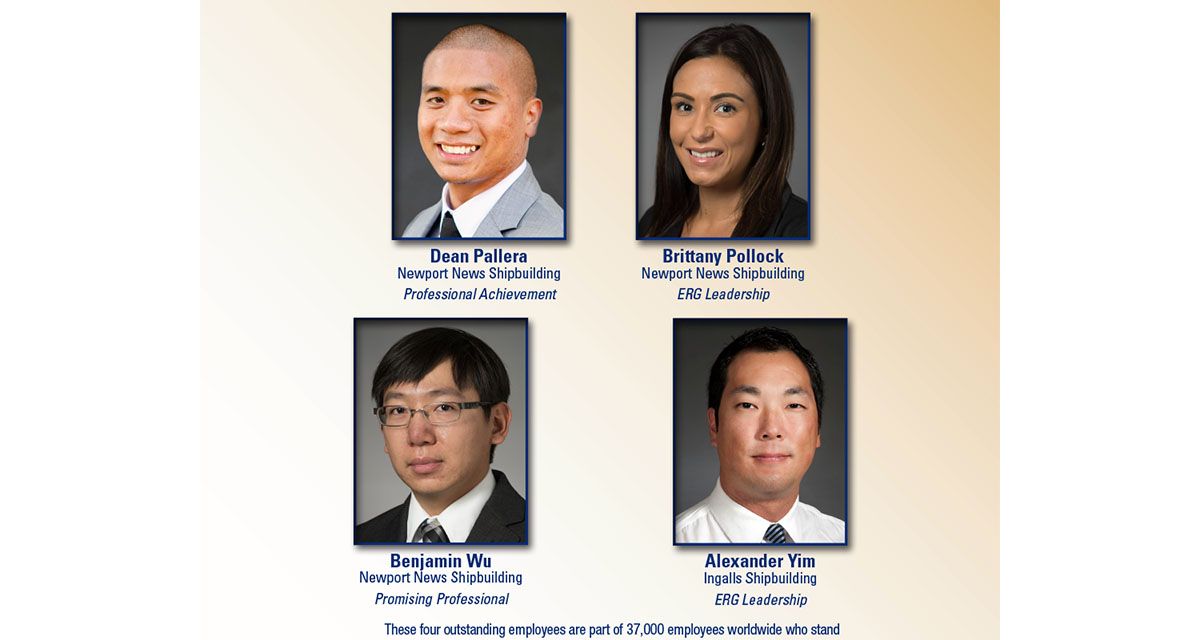 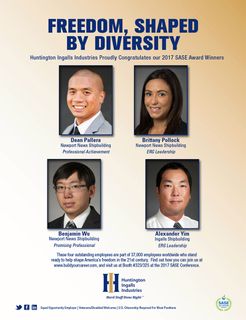 These four outstanding employees are part of 37,000 employees worldwide who stand ready to help shape America’s freedom in the 21st century.

The SASE event is the largest conference and career fair for Asian Americans in the United States. HII was a corporate sponsor for this year’s event.

Dean Pallera, a Newport News shift refueling engineer, received a Professional Achievement award for making significant discoveries and important advances in his career. Pallera recently helped to overcome challenges during the inactivation of USS Enterprise (CVN 65), America’s first nuclear-powered aircraft carrier. The challenges Pallera tackled were associated with the first-time use of a newly designed system, and he ensured production stayed on schedule.

Two employees received ERG Leadership awards. Brittany Pollock, a Newport News talent acquisition representative, and Alexander Yim, an Ingalls training manager, have both served in a leadership capacity in the company’s Asian Pacific Islander employee resource group and have advanced the mission of the ERG to support the company’s Asian Pacific Islander employees.

“We are proud to support organizations like the Society of Asian Scientists and Engineers that celebrate the importance of diversity and inclusion and provide us a national platform on which to recognize our outstanding employees and recruit new talent,” said Bill Ermatinger, HII’s executive vice president and chief human resources officer.

SASE was founded in 2007. The organization’s mission is to prepare Asian heritage scientists and engineers for success in the global business world, celebrate diversity and provide opportunities for members to make contributions to their local communities.