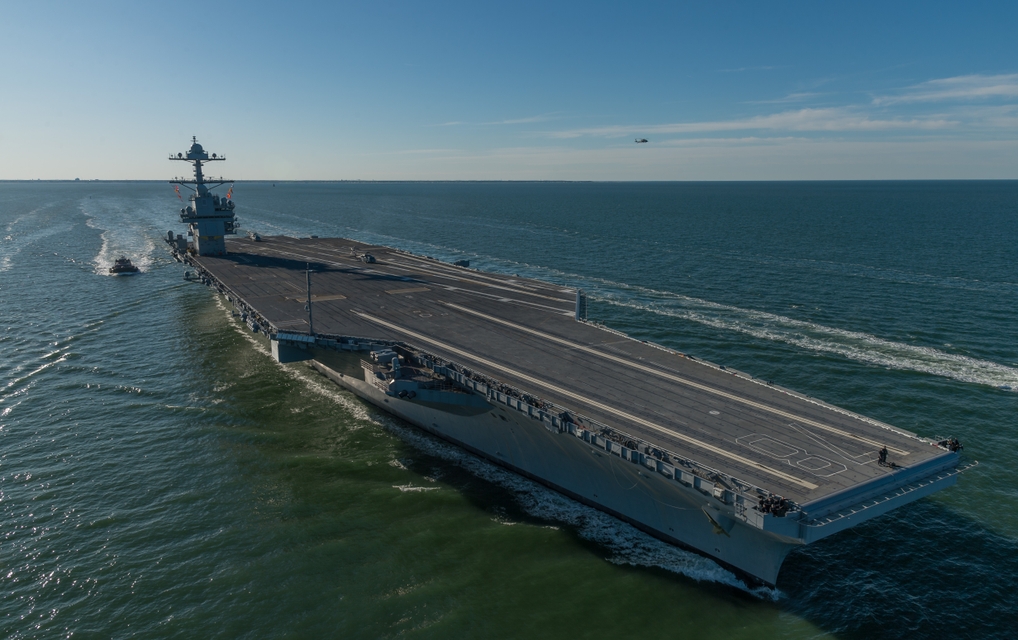 “Today is a historic day for Newport News Shipbuilding and one that is personally rewarding for me,” said Newport News Shipbuilding President Matt Mulherin. “I’ve had the pleasure of watching our shipbuilders bring this great warship to life. From her first cut of steel to her final round of testing, Ford is proof of our shipbuilders’ exceptional skills and talents. I am proud of their innovation, perseverance and unwavering commitment that has built the most advanced aircraft carrier in the world. We are honored to deliver Gerald R. Ford to the Navy, and we do so with full confidence in her unmatched power and ability to sail the seas in protection of our freedom for the next half century.”

Ford is the product of years of construction, planning and design. More than 5,000 shipbuilders in Newport News and thousands of suppliers across the United States contributed to the first-of-class ship.

“On behalf of our shipbuilders, I can say we are all proud to have been a part of the Gerald R. Ford construction program,” said Rolf Bartschi, Newport News’ vice president, Gerald R. Ford (CVN 78) carrier construction. “This great ship will serve our nation for the next 50 years, and it will offer our Navy and sailors the most technologically advanced platform to carry out their missions.”

Gerald R. Ford is the first in a class of next-generation aircraft carriers designed to replace Nimitz-class aircraft carriers. The Ford class features a new nuclear power plant, a redesigned island, electromagnetic catapults, improved weapons movement, an enhanced flight deck capable of increased aircraft sortie rates, and growth margin for future technologies. Each Ford-class ship will operate with a smaller crew than a Nimitz-class carrier and will provide $4 billion in total ownership cost savings for the Navy. Aircraft carriers provide sovereign, mobile U.S. territory and are a visible symbol of U.S. power. They are the centerpiece of our nation’s security strategy and support and protect the global economy through the protection of sea lanes around the world. 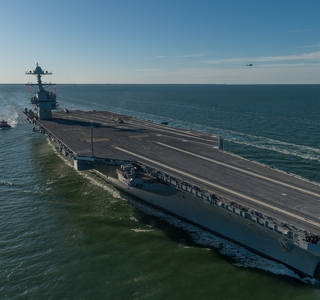 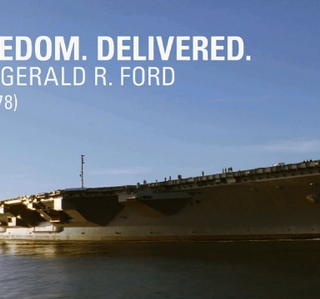