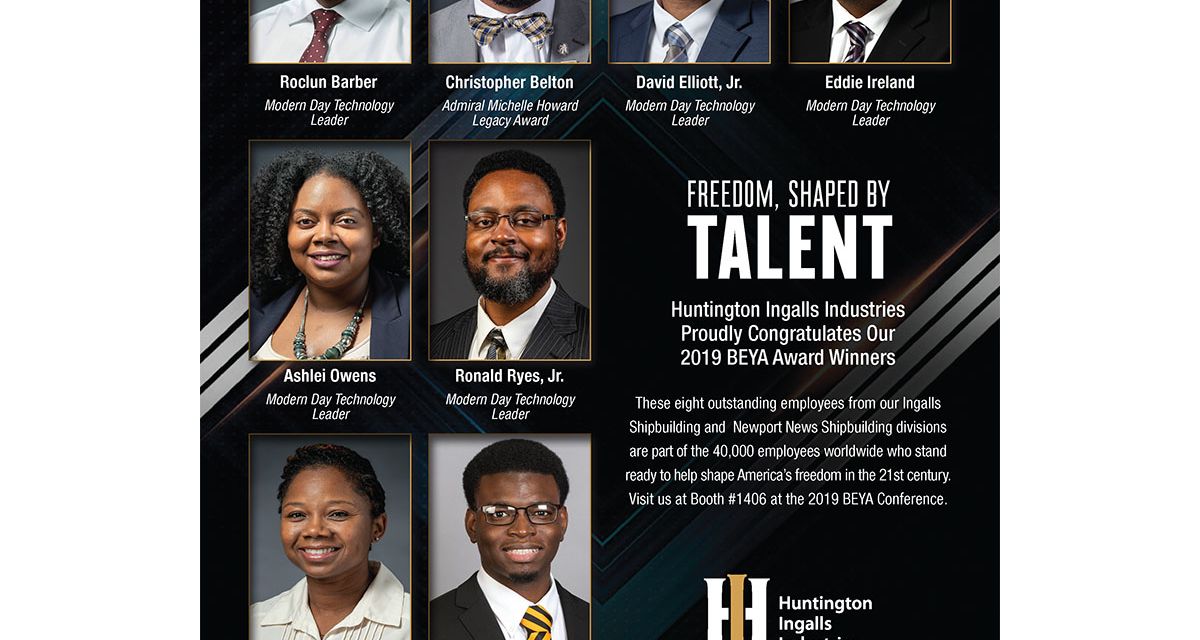 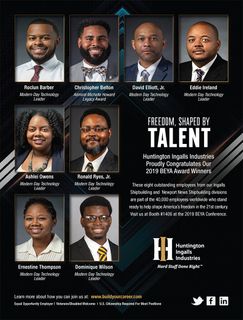 Christopher Belton, a lead test engineer at Newport News Shipbuilding, received the Admiral Michelle Howard Legacy Award. The award is named in honor of Howard, whose ground-breaking 35-year naval career was marked by many firsts, including becoming the first African-American woman to command a U.S. Navy ship and the first to achieve the two- and three-star ranks. In 2014, she became the first African-American and first woman to reach the rank of four-star admiral.

Seven other HII employees received Modern Day Technology Leader awards, which recognize their efforts in shaping the future of engineering, science and technology. They are: 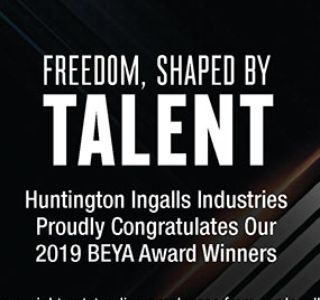 These eight outstanding employees from our Ingalls Shipbuilding and Newport News Shipbuilding divisions are part of the 40,000 employees worldwide who stand ready to help shape America’s freedom in the 21st century.