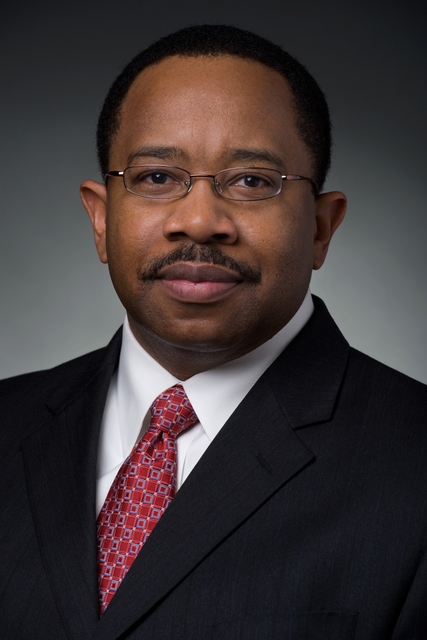 PASCAGOULA, Miss. (Oct. 26, 2018)—Huntington Ingalls Industries (NYSE:HII) announced today that Maj. Gen. Augustus L. Collins (Ret.), a member of HII’s Board of Directors, and Edmond Hughes, vice president of human resources and administration at HII’s Ingalls Shipbuilding division, were honored by Our Mississippi magazine as two of the Top 25 Most Influential African-Americans in Mississippi. The 2018 awards gala took place Thursday evening at the Westin Hotel in Jackson.

Collins is the CEO of MINACT Inc., a Mississippi-based contractor that supports the Department of Labor’s Job Corps program in several states throughout the country. He served in the U.S. Army and Mississippi National Guard for more than 35 years. He was promoted to brigadier general in 2005 and was the first African-American to attain the rank of general in the history of the Mississippi National Guard. Collins received a bachelor’s degree in business administration from the University of Mississippi, an MBA from Jackson State University and a master’s degree in strategic studies from the U.S. Army War College.

Hughes is responsible for leading all aspects of human resources related to the attraction, development and retention of the workforce at Ingalls Shipbuilding. Before joining Ingalls in 2006, he was a director of human resources at TRW. Hughes serves on the board of directors of the Alabama/Mississippi National Multiple Sclerosis Society, the Gulf Coast Business Council and Jobs for Mississippi Graduates. He holds a bachelor’s degree in chemistry from Tougaloo College, where he currently serves on the board of trustees, and an MBA from Indiana University.

In addition to the 2018 Top 25 awardees, six individuals were chosen earlier this year as Legacy Award Recipients and were also honored at the reception. They are: Myrlie Evers-Williams, James Meredith, Constance Slaughter-Harvey, Reuben Anderson, U.S Rep. Bennie Thompson and Robert Clark.

An independent panel of statewide business and community leaders selected the award recipients from nominations received from the public in different categories, including business, education, politics, religion, media and servant leadership.