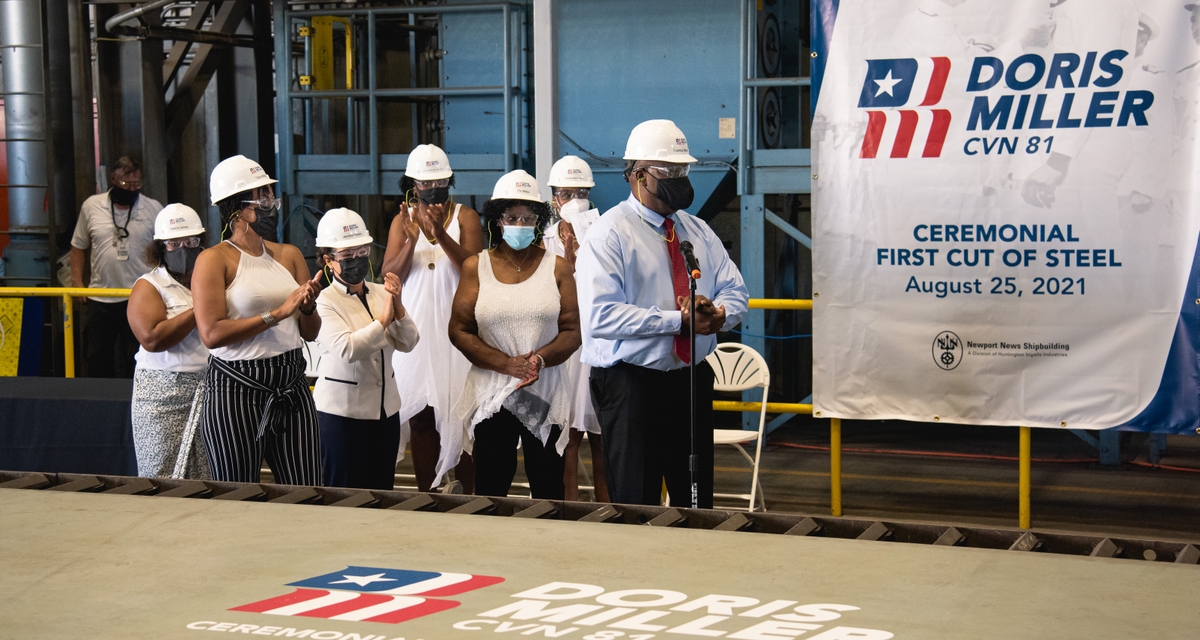 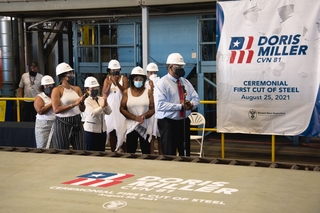 During a small ceremony held inside of a manufacturing facility, Thomas Bledsoe, the great nephew of the ship’s namesake, gave the order to “cut that steel” to shipbuilder Gerald Bish, who operated a large plasma-cutting machine that sliced into a steel plate. Shipbuilders, U.S. Navy leadership, elected officials and Doris Miller’s relatives signed their names on the plate.

“Today we recognize the start of construction of the fourth ship of the Gerald R. Ford class,” said Jennifer Boykin, president of Newport News Shipbuilding. “From this day forward, our shipbuilders will put their hearts into every pipe they fit, every unit they lift and every inch of steel they weld.

“Shipbuilders, I thank you for the hard work, innovation and dedication you will put into transforming this first piece of steel into an awe-inspiring aircraft carrier.”

“It is so fitting and timely during a period of significant discussion and change we come together to begin construction of one of our Navy’s next great aircraft carriers, in the name of one of the finest heroes of the greatest generation,” Downey said. “We will construct a sound and mighty warship worthy of his legacy.”

Miller is credited with heroic actions while serving aboard the Newport News-built West Virginia (BB 48) during the Dec. 7, 1941 attack on Pearl Harbor, Hawaii. Miller’s bravery earned him the Navy Cross.

Doris Miller also is the second ship of the two-carrier contract award HII received in January 2019 for the detail design and construction of the Gerald R. Ford-class aircraft carriers; Enterprise (CVN 80) being the first ship of the contract.

“The Doris Miller story provides so many lessons to us as Americans,” said Thomas Bledsoe, great-nephew of the ship’s namesake. “The Miller family cannot express in words what this means to us, to Americans and to anyone inspired by Doris Miller’s story.”

The Ford class features new software-controlled electromagnetic catapults and weapons elevators, a redesigned flight deck and island, and more than twice the electrical capacity of the preceding Nimitz-class carriers. These aircraft carriers are designed to be the centerpiece of the nation’s security strategy and support and protect the global economy through the protection of sea lanes around the world. 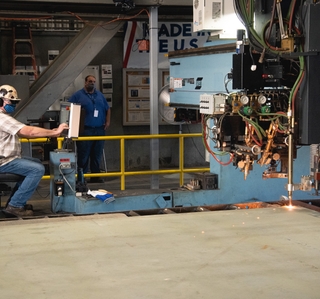 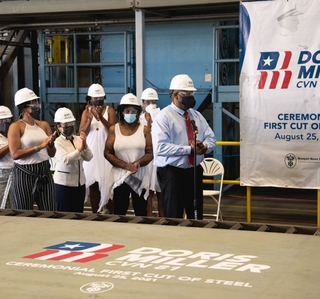 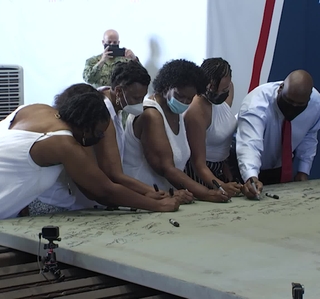 Huntington Ingalls Industries hosted a ceremonial event on Aug. 25, 2021 at its Newport News Shipbuilding division that marked the first construction milestone in the life of the aircraft carrier Doris Miller (CVN 81).