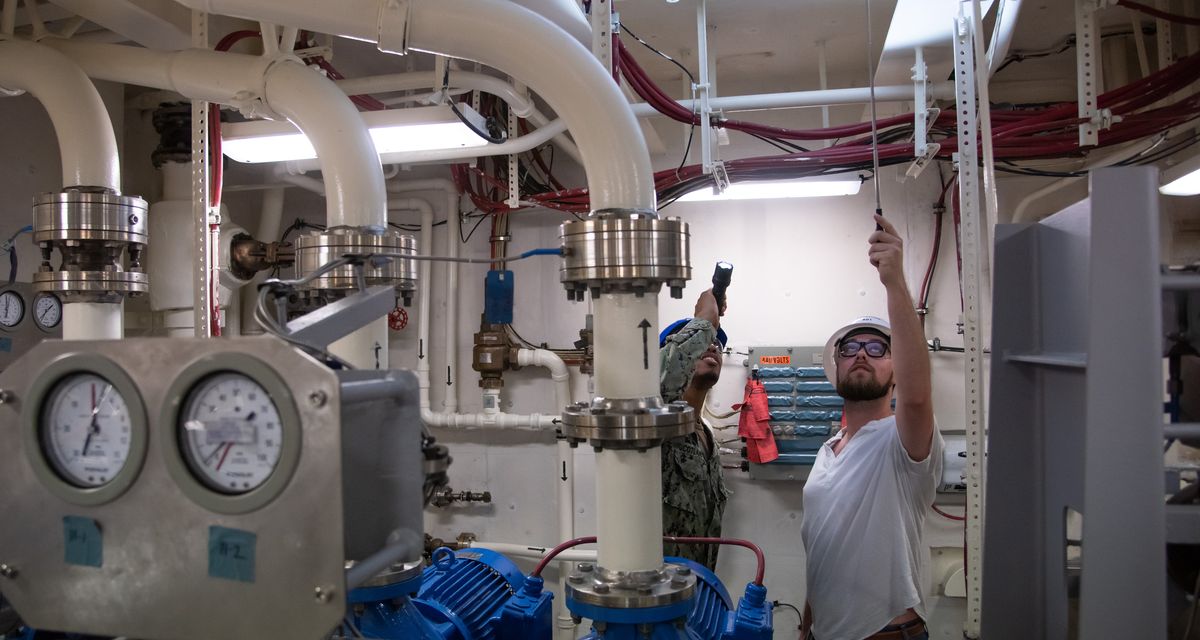 The most recently completed spaces include electrical and engineering. This allows sailors assigned to the pre-commissioning unit to increase training on the ship while final outfitting and testing progresses.

“Our shipbuilders are highly skilled, determined and working incredibly hard to bring Kennedy to life,” said Lucas Hicks, vice president, New Construction Aircraft Carrier Programs CVN 78 and CVN 79. “This is about equipping our sailors with the most advanced aircraft carrier ever built for the U.S. Navy. We are proud to execute for the customer, and finalize the remaining equipment, systems and compartments that will bring us closer to delivering the ship to the Navy.”

John F. Kennedy, the second in the Ford class, is scheduled to be delivered to the Navy in 2024. Two other Ford-class aircraft carriers are currently under construction at Newport News: Enterprise (CVN 80) and Doris Miller (CVN 81). 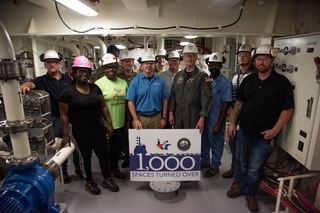 The Ford-class aircraft carriers are the first to be designed 100% digitally. Although the ships were designed in a digital environment, paper drawings are still used during the construction process. John F. Kennedy represents a transition to a new digital construction process, with shipbuilders beginning to use visual work instructions on laptops and tablets rather than paper drawings. Enterprise will be the first carrier totally built using the digital tools.

Ford-class enhancements incorporated into the design include flight deck changes, improved weapons handling systems and a redesigned island, all resulting in increased aircraft sortie-generation rates. The Ford class also features new nuclear power plants, increased electrical power-generation capacity, allowance for future technologies, and reduced workload for sailors, translating to a smaller crew size and reduced operating costs for the Navy. Construction processes on Ford-class carriers are enabled by workforce learning that took place on USS Gerald R. Ford (CVN 78) and those lessons are being applied throughout the Ford-class. 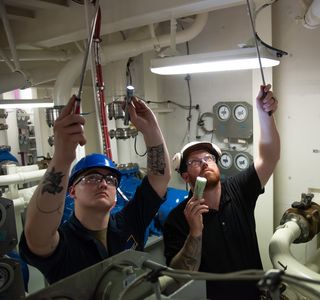 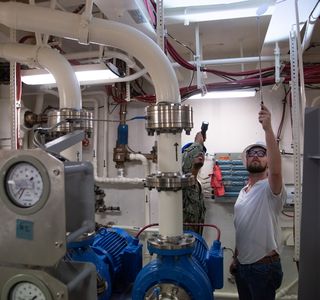 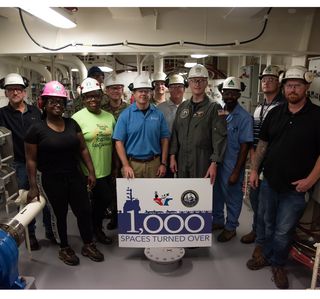 Machinist's Mate Fireman Jeremy Clapshaw, left, and Newport News Shipbuilding Construction Supervisor Billy Winslow inspect the 1,000th compartment space turned over to the crew of John F. Kennedy (CVN 79). The carrier is scheduled to be delivered to the Navy in 2024.

Machinist Mate Second Class Allington Scotland, left, and Newport News Shipbuilding Construction Supervisor Keith Wright inspect the 1,000th compartment space turned over to the crew of John F. Kennedy (CVN 79). The carrier is scheduled to be delivered to the Navy in 2024.