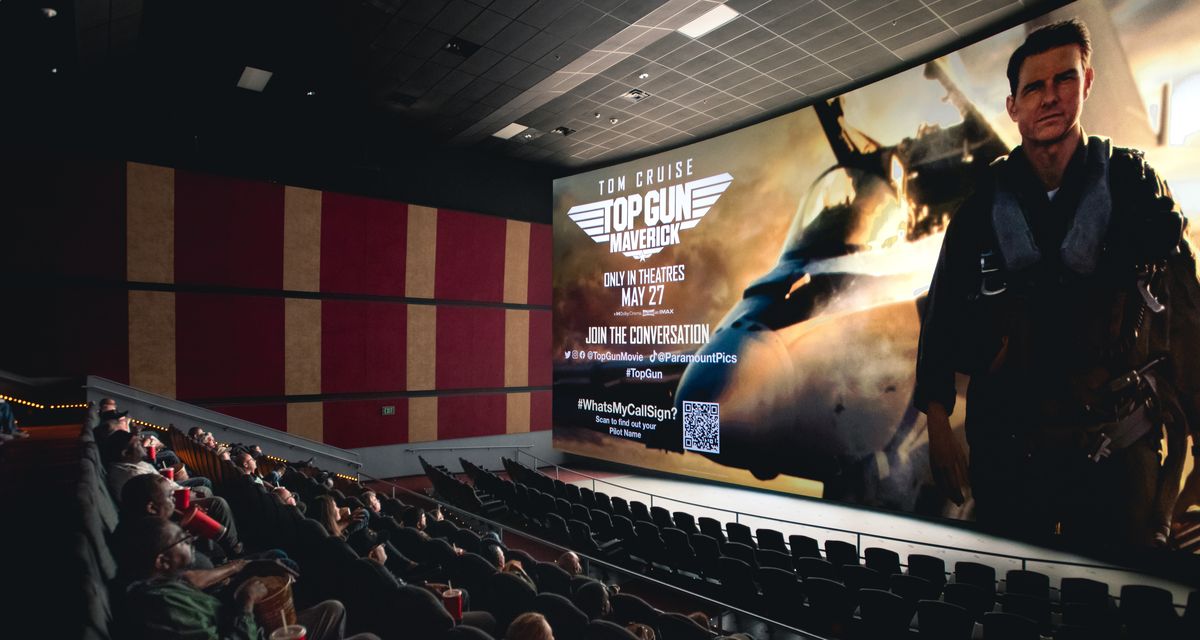 Shipbuilders from HII's Newport News Shipbuilding division enjoy an early screening of the movie “Top Gun: Maverick,” as HII celebrates its workforce, their contribution to national security and the company’s growing technologies business.

NEWPORT NEWS, Va., May 27, 2022 — With HII-built aircraft carriers featured prominently in the movie release of “Top Gun: Maverick,” the nation’s largest shipbuilder recognized the release as an opportunity to celebrate its workforce, their contribution to national security and the company’s growing technologies business. In Virginia, where HII is the state’s largest industrial employer, the company’s Newport News Shipbuilding division invited shipbuilders to get an early screening of the movie.

“This team builds the most powerful and survivable ships in the world in support of national security,” said Danyelle Saunders, who leads the Newport News Shipbuilding Engagement, Diversity and Inclusion Office. “We’re excited that the movie shines a light on their hard work, and showcases how these incredibly capable platforms function on behalf of the country.”

HII, a mission-driven defense and technologies partner for customers worldwide, is America’s only builder of nuclear-powered aircraft carriers.

A total of 800 Newport News Shipbuilding shipbuilders across shifts were invited to get an early-screening of the movie after or before work on Wednesday, May 25, and Thursday, May 26, before “Top Gun: Maverick” officially hit theaters. Additionally, 1,200 vouchers have been provided for additional shipbuilders to see the movie.

“It’s great the company would do this, especially a pre-showing,” said Newport News Shipbuilding Engineering Technician Will Wiley, who attended the Thursday screening. “We play a huge role in building carriers, so it’s great to see something we were part of on the big screen.”

DeWolfe “Chip” Miller, corporate vice president of customer affairs for HII, contributed to the production of “Top Gun: Maverick” during his career in the Navy as the commander of Naval Air Forces.

“The aircraft carriers we build are the most technologically advanced in the world,” Miller said. “We deliver them to the U.S. Navy who man, train and equip sailors who breathe life into these magnificent machines and take them to sea. Together, we are an unstoppable team: shipbuilders and sailors. Our country needs that team now more than ever.”

HII’s Ingalls Shipbuilding and Mission Technologies divisions also initiated similar efforts to connect employees with the company’s mission through opportunities to receive tickets to see the movie while it is in theaters.

Shipbuilders from HII's Newport News Shipbuilding division enjoy an early screening of the movie “Top Gun: Maverick,” as HII celebrates its workforce, their contribution to national security and the company’s growing technologies business.