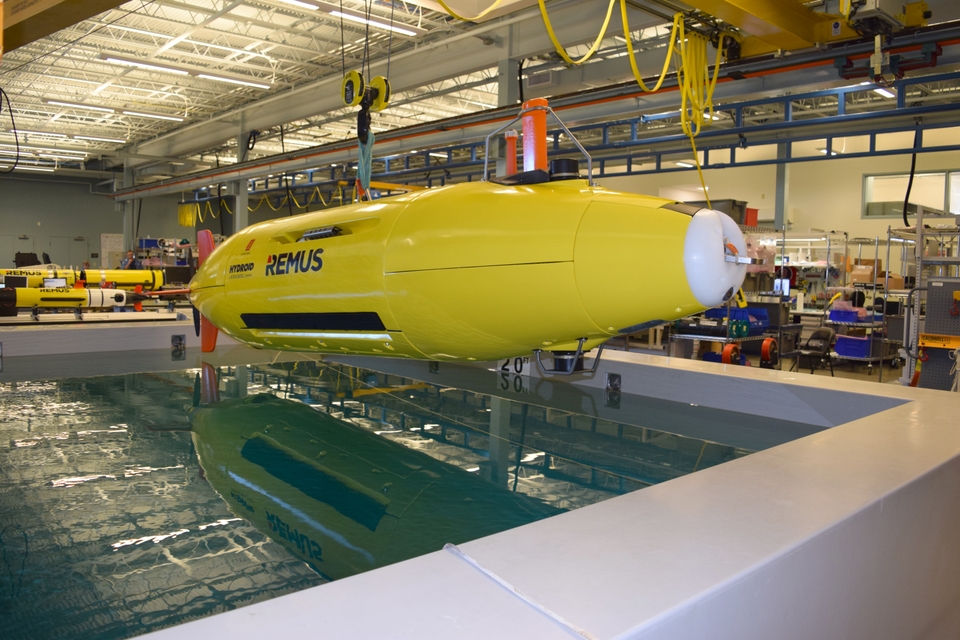 NEWPORT NEWS, Va., March 26, 2020 (GLOBE NEWSWIRE) -- Huntington Ingalls Industries (NYSE: HII) announced today that it has closed on the previously announced acquisition of Hydroid Inc., a leading provider of advanced marine robotics to the defense and maritime markets. In conjunction with the transaction, HII and Kongsberg Maritime have established a strategic alliance to jointly market naval and maritime products and services to the U.S. government market and potentially to global markets.

The acquisition of Hydroid, based in Pocasset, Massachusetts, expands HII’s capabilities in the strategically important and rapidly growing autonomous and unmanned maritime systems market. Hydroid will become part of HII’s Technical Solutions Unmanned Systems business unit that now includes unmanned underwater vehicles (UUV) such as the Orca extra-large UUV that is produced in partnership with Boeing as well as Proteus, a large, dual-mode UUV operated out of Panama City, Florida. With the addition of Hydroid, HII now has capabilities in the medium and small UUV space from the REMUS and Seaglider autonomous underwater vehicles (AUV) or marine robots.

“The combination of HII and Hydroid brings together the full range of UUVs,” said Andy Green, HII executive vice president and president of Technical Solutions. “Combined, we can now offer a comprehensive suite of autonomous underwater vehicle systems that address our customers’ needs. While this is a perfect complement to our existing UUV business, more importantly, it brings together brilliant and talented people who are at the leading edge of unmanned systems technology.”

Hydroid designs and manufactures state-of-the-art solutions for use in a number of applications including defense, marine research and commercial. Hydroid has over 15 years of experience providing the U.S. Navy and its allies with the most combat-proven UUVs in the world. For intelligence, surveillance and reconnaissance applications, Hydroid’s UUVs deliver sensors to sensitive areas, collecting data in all operational environments. Their vehicles have also been involved with undersea mine countermeasures that have helped save lives. Hydroid’s UUVs located Air France Flight 447 wreckage and generated 3D mapping of the Titanic. And their vehicles offer scientists data relevant to climate change and other environmental issues.

Duane Fotheringham, who previously served as Hydroid’s president and chairman of the board, will serve as president of Unmanned Systems, reporting to Green. Fotheringham joined Hydroid in 2008 as the vice president of operations and was responsible for the research and development, engineering and manufacturing of the REMUS line of AUVs. Early in his career Fotheringham served as a nuclear submarine officer aboard the USS Salt Lake City and qualified as a Nuclear Engineer Officer. He holds a bachelor’s degree in electrical engineering from Washington State University and an MBA from the City University of Seattle, as well as executive education from the International Institute for Management Development, in Lausanne, Switzerland.

Mary White, who previously served as Technical Solution’s senior director of unmanned maritime systems, will serve as vice president of operations and strategy for the new Unmanned Systems business, reporting to Fotheringham. White has 30 years of experience starting and leading large defense platform technology operations, running business development as well as mergers and acquisition organizations. She has bachelor’s degrees in industrial and systems engineering and computer science from Georgia Institute of Technology. She studied executive leadership at the College of William and Mary, and organization behavior and mergers & acquisitions at Wharton School of the University of Pennsylvania.

Statements in this release, as well as other statements we may make from time to time, other than statements of historical fact, constitute “forward-looking statements” within the meaning of the Private Securities Litigation Reform Act of 1995. Forward-looking statements involve risks and uncertainties that could cause our actual results to differ materially from those expressed in these statements. Factors that may cause such differences include: changes in government and customer priorities and requirements (including government budgetary constraints, shifts in defense spending, and changes in customer short-range and long-range plans); our ability to estimate our future contract costs and perform our contracts effectively; changes in procurement processes and government regulations and our ability to comply with such requirements; our ability to deliver our products and services at an affordable life cycle cost and compete within our markets; natural and environmental disasters and political instability; our ability to execute our strategic plan, including with respect to share repurchases, dividends, capital expenditures, and strategic acquisitions; adverse economic conditions in the United States and globally; changes in key estimates and assumptions regarding our pension and retiree health care costs; security threats, including cyber security threats, and related disruptions; and other risk factors discussed in our filings with the U.S. Securities and Exchange Commission. There may be other risks and uncertainties that we are unable to predict at this time or that we currently do not expect to have a material adverse effect on our business, and we undertake no obligation to update or revise any forward-looking statements. You should not place undue reliance on any forward-looking statements that we may make.