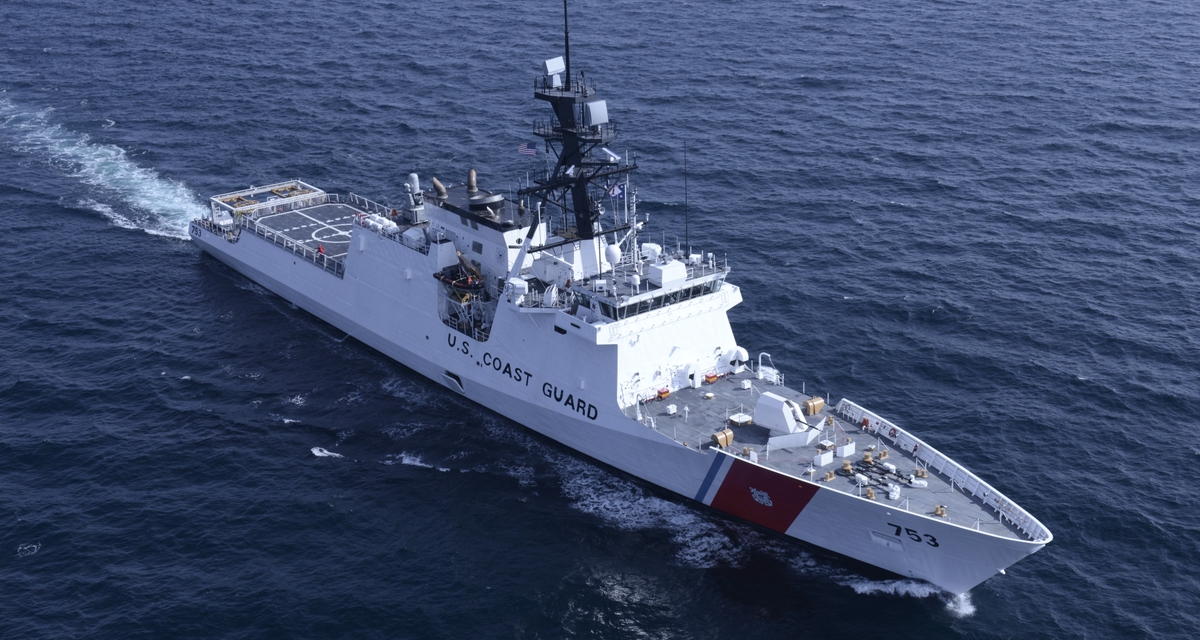 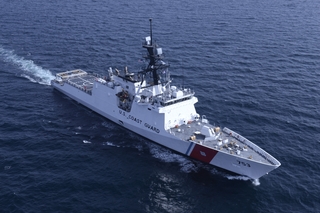 "It's another great shipbuilding day, bringing NSC 4 back to Ingalls after very successful acceptance trials," said Jim French, Ingalls' NSC program manager. "The NSC program is a blueprint for success when it comes to shipbuilding. We continue to improve our performance on each ship, which translates into efficiency and affordability for our customer."

A video accompanying this release is available at: http://www.dvidshub.net/video/355454/coast-guard-cutter-hamilton-no-audio.

While underway, Ingalls' test and trials team conducted extensive testing of the propulsion, anchor handling, steering and combat systems. The testing culminated in the successful completion of a full-power propulsion run.

"The Ingalls/Coast Guard team had the ship prepared for an extensive two days of testing," said Richard Schenk, Ingalls' vice president, program management and test and trials. "Our operating crew showed the utmost professionalism in every aspect of duties during our underway time. The ship is ready to enter the service and start performing key Coast Guard missions."

"Hamilton's acceptance trials demonstrated that Ingalls Shipbuilding has built a superb ship that will endure for many decades," said Capt. Douglas Fears, prospective commanding officer of Hamilton. "The exceptional craftsmanship in Hamilton will soon be met by the extremely talented Coast Guard men and women that will breathe life into this great ship. We are very excited to get Hamilton to sea and make the cutter's new home in Charleston."

Derek Murphy, Ingalls' NSC program director, said, "I couldn't be more proud of the men and women who over the last three years brought Hamilton from steel plate to the ship she is today—the most successful NSC yet. It was an amazing transformation carried to fruition by our dedicated and skilled shipbuilders. Over the next few weeks we'll be completing the small amount of work we have remaining and transitioning the ship over to the Coast Guard crew who is more than ready to take possession."

Legend-class NSCs are the flagships of the Coast Guard's cutter fleet. Designed to replace the 378-footHamilton-class High-Endurance Cutters that entered service during the 1960s, they are 418 feet long with a 54-foot beam and displace 4,500 tons with a full load. They have a top speed of 28 knots, a range of 12,000 miles, an endurance of 60 days and a crew of 120.

NSCs are capable of meeting all maritime security mission needs required of the High-Endurance Cutter. They include an aft launch and recovery area for two rigid hull inflatable boats and a flight deck to accommodate a range of manned and unmanned rotary-wing aircraft. The Legend class is the largest and most technologically advanced class of cutter in the Coast Guard, with robust capabilities for maritime homeland security, law enforcement, marine safety, environmental protection and national defense missions. NSCs play an important role enhancing the Coast Guard's operational readiness, capacity and effectiveness at a time when the demand for their services has never been greater. 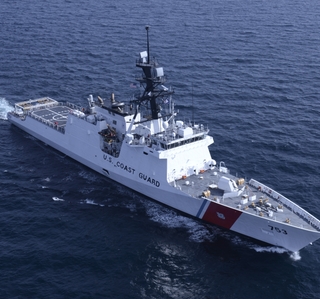 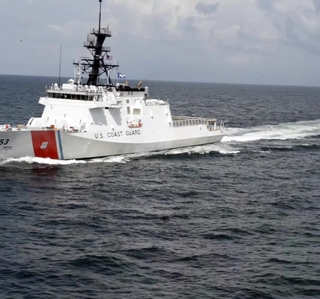