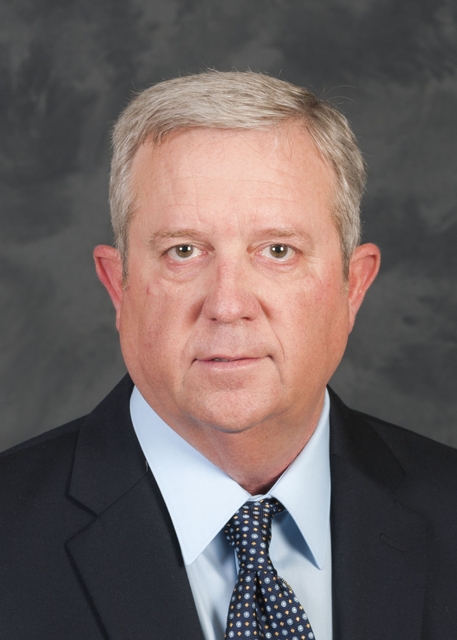 “George and Tim bring a unique set of talent and management skills to these leadership roles,” said Ingalls Shipbuilding President Brian Cuccias. “George started his career 31 years ago as an apprentice, and now he is a vice president over our shipyard operations. I can think of no better motivator for the Ingalls apprentice program. George’s vital knowledge and expertise in shipbuilding and his ability to translate that understanding to our shipbuilding team define his role in this new position.”

In his new position, Jones will be responsible for all facets of ship construction through delivery. He is responsible for enhancing cost and schedule performance, process and facility improvements and driving production strategies across all Ingalls programs.

Jones began his career with Ingalls in 1984 as an apprentice. He was named 1986 Overall Apprentice of the Year and achieved journeyman status in multiple craft disciplines. He has served in various craft and program leadership roles, including craft director of hull; site manager of the Tallulah, Louisiana, facility; and ship program manager for both William P. Lawrence (DDG 110) and America (LHA 6), where he led both teams in successful ship deliveries. Most recently, he served as the director of production for all new ship construction programs. He holds a bachelor’s degree in business management from Capella University.

Farrell, who was most recently vice president of operations, brings 33 years of defense contracting expertise into his new role as vice president of new Navy programs. Through his program management, engineering, shipbuilding and leadership credentials, he will lead efforts to capture new shipbuilding contracts.

“Tim’s steadfast and strategic approach to shipbuilding is a perfect fit for this new position,” Cuccias said. “Our military shipbuilding plan is at a critical time in our history, and Ingalls Shipbuilding needs to be at the forefront of this industry. Both Tim and George’s approach to leadership is significant as we continue to find ways to build quality military ships in an affordable manner.”

Huntington Ingalls Industries is America’s largest military shipbuilding company and a provider of engineering, manufacturing and management services to the nuclear energy, oil and gas markets. For more than a century, HII’s Newport News and Ingalls shipbuilding divisions in Virginia and Mississippi have built more ships in more ship classes than any other U.S. naval shipbuilder. Headquartered in Newport News, Virginia, HII employs approximately 38,000 people operating both domestically and internationally. For more information, visit: