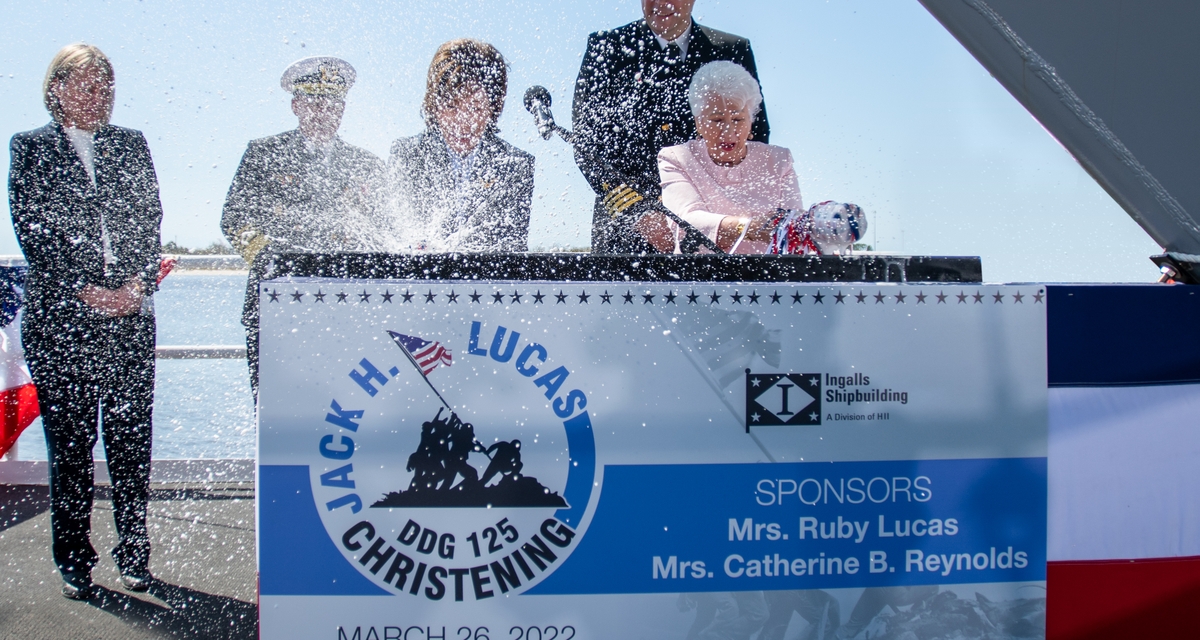 Jack H. Lucas, a longtime resident of Hattiesburg, Mississippi, was the youngest Marine and youngest service member in World War II awarded the Medal of Honor. During a close firefight with Japanese soldiers, Lucas saved the lives of three Marines when he unhesitatingly placed himself on two grenades.

“Jack H. Lucas made a selfless decision to choose others and country over self,” Ingalls Shipbuilding President Kari Wilkinson said. “Our Ingalls shipbuilders have a deep appreciation and respect for what sailors and Marines do on behalf of our nation. We are proud to support them and to provide them this remarkable ship, our first Flight III destroyer.”

“Jack H. Lucas is not only the most capable and sophisticated surface combatant ever built by man, but it also represents the bridge from the past to the future, as we bring a new radar, the Aegis Baseline 10, and a new electric plant onto an already highly capable platform,” Gilday said. “Such an evolution would be impossible without the shipbuilders of Huntington Ingalls Industries and the Pascagoula community. Flight III represents the dedication and commitment of our sailors and civilians — the skill and innovation of our shipyards and industry partners — and the commitment of the American people to keep the seas free and open for all.”

“You have built the finest destroyer in the world,” Gilday said.

“May the Jack H. Lucas be indestructible, just like he was,” Ruby Lucas said. “This first of its kind ship is advanced in integrity, courage and commitment to serve our great country. Jack never ran from a fight, and I’m certain that all aboard his namesake will represent Jack with honor. Just as I feel his spirit with me, be assured that he will be with all of you all the time.”

Additional information about the ship and its sponsors is available at: https://ingalls.huntingtoningalls.com/DDG125christening/.

Arleigh Burke-class destroyers are highly capable, multi-mission ships and can conduct a variety of operations, from peacetime presence and crisis management to sea control and power projection, all in support of the United States military strategy. Guided missile destroyers are capable of simultaneously fighting air, surface and subsurface battles. The ship contains a myriad of offensive and defensive weapons designed to support maritime defense needs well into the 21st century.

HII is a global engineering and defense technologies provider. With a 135-year history of trusted partnerships in advancing U.S. national security, HII delivers critical capabilities ranging from the most powerful and survivable naval ships ever built, to unmanned systems, ISR and AI/ML analytics. HII leads the industry in mission-driven solutions that support and enable a networked, all-domain force. Headquartered in Virginia, HII’s skilled workforce is 44,000 strong. For more information, visit: 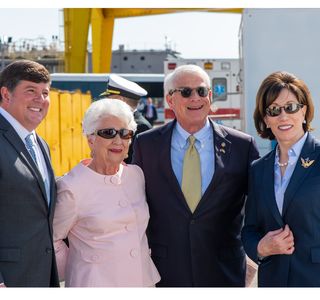 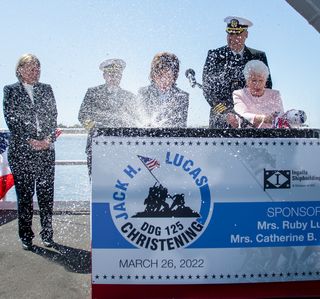