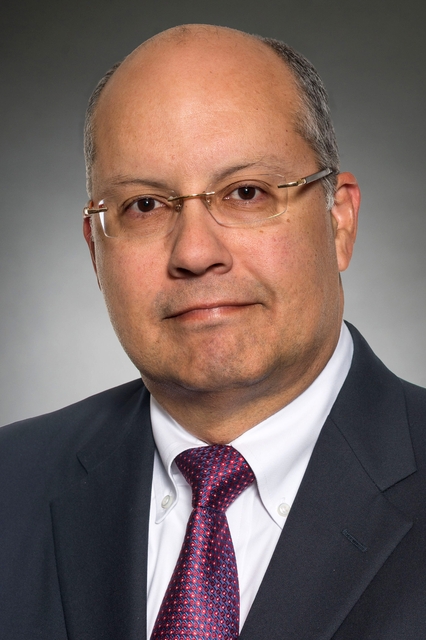 With more than 30 years of engineering and construction management experience, Luna will continue to oversee the management of UPI, a leading provider of engineering, project management and field services to the global onshore and offshore energy markets.

“Philip’s more than three decades of experience, combined with his exemplary leadership of UPI during this volatile time in the oil and gas industry, has resulted in an organization that is well-positioned to leverage its technical expertise and its focus on customer satisfaction as the market improves,” Petters said. “I look forward to him joining my leadership team.”

In his new role, effective March 1, 2016, Smith will be responsible for strategy and development activities at HII, including the development and integration of strategic planning efforts as well as the analysis and entrance into markets where HII can leverage its engineering and construction competencies.

“Mike has a stellar reputation and a solid background in strategy and business development that will be critical to HII in our future pursuits,” Petters said. “His experience in both the government and commercial nuclear business makes him an excellent fit for this position.”

Smith earned two degrees at Stanford University: a bachelor’s in industrial engineering in 1995 and a master’s in engineering management in 1996. Smith also served five years as a surface warfare officer in the U.S. Navy, including tours on three HII-built ships: the cruiser USS Valley Forge (CG 50) and the aircraft carriers USS Carl Vinson (CVN 70) and USS John C. Stennis (CVN 74).

Huntington Ingalls Industries is America’s largest military shipbuilding company and a provider of manufacturing, engineering and management services to the nuclear energy, oil and gas markets. For more than a century, HII's Newport News and Ingalls shipbuilding divisions in Virginia and Mississippi have built more ships in more ship classes than any other U.S. naval shipbuilder. Headquartered in Newport News, Virginia, HII employs approximately 37,000 people operating both domestically and internationally. For more information, visit:

Philip Luna, corporate vice president and president of HII’s UniversalPegasus International subsidiary, has been promoted to the HII senior executive team and will report to HII President and CEO Mike Petters, effective immediately.