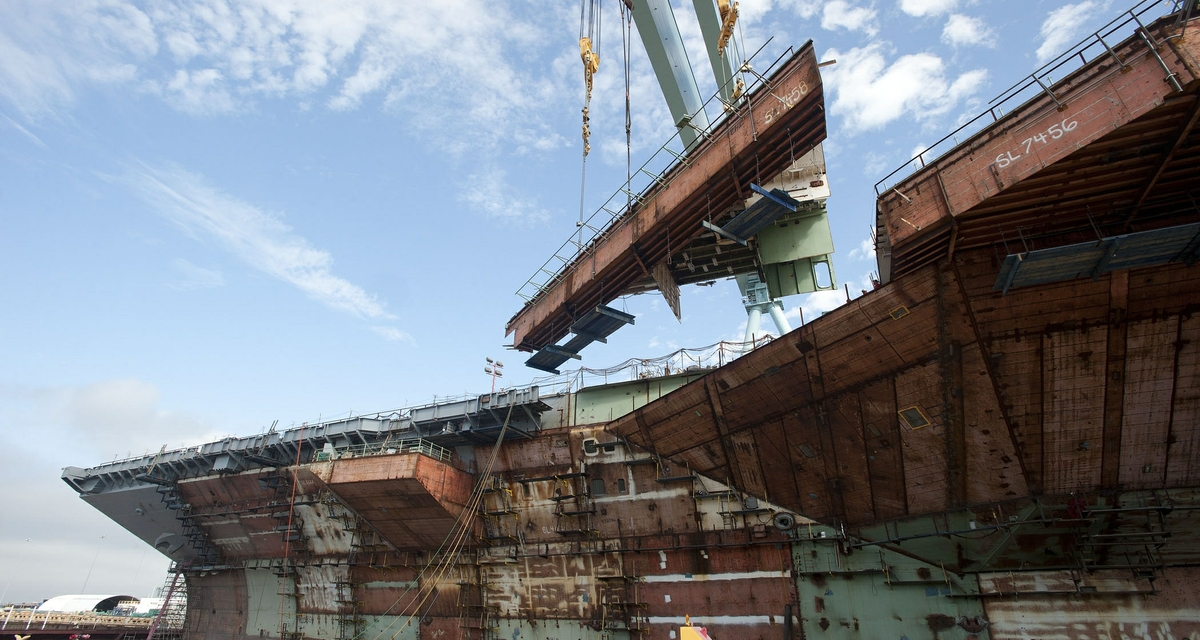 Susan Ford Bales, the ship's sponsor and daughter of the late President Gerald R. Ford and Betty Ford, was unable to participate in the construction milestone but wrote a letter of appreciation to shipbuilders.

"Your final superlift for the carrier might seem to be just a part of an ordinary work day at the shipyard, but this superlift is anything but ordinary," she wrote. "Completing the structure of the Ford is a significant achievement and a shining example of the extraordinary skills of you shipbuilders. It also brings us one step closer to delivery of the carrier to the Navy and honoring Dad's remarkable legacy of service to our nation as a naval officer in World War II and as commander-in-chief."

The unit is the forward end of one of the ship's catapults, which are used to launch aircraft from the ship. Weighing 66 metric tons, the unit is 75 feet long and comprises four steel sections. Gerald R. Ford is being built using modular construction, a process where smaller sections of the ship are welded together to form large structural units, equipment is installed, and the large units are lifted into the dry dock using the shipyard's 1,050-metric ton gantry crane, one of the largest in the Western Hemisphere.

"Although the unit itself is relatively small, it is an enormous achievement in the life of this aircraft carrier and in our journey to christen and launch CVN 78 this fall," said Rolf Bartschi, NNS' vice president, CVN 78 carrier construction. "I am extremely proud of the hard work and commitment demonstrated by our shipbuilders who have made this important accomplishment possible."

Another shipbuilder who contributed to the milestone is John Mazach, a retired Navy vice admiral who served as vice president of business development at NNS from 2004 to 2008. Mazach, who called the order that initiated the lift, was instrumental in securing the first commitment and funding for the Ford-class program.

Remaining work on the ship prior to launch includes hull painting, shafting work, completion of electrical systems, mooring equipment, installation of radar arrays, and flooding of the dry dock. Ford has been under construction since November 2009.

"As the first new-design aircraft carrier in more than 40 years, the Gerald R. Ford class will begin to succeed Nimitz-class carriers when CVN 78 delivers in 2016," said Ye-Ling Wang Bird, Navy deputy program manager for future aircraft carriers. "She will provide the Navy with greater operational capability, built-in flexibility to accommodate future improvements and improved survivability at reduced total ownership cost to the taxpayers." 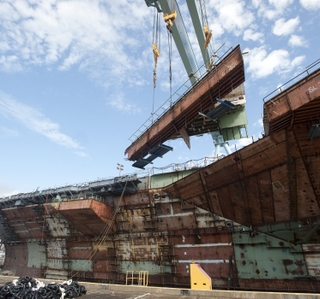 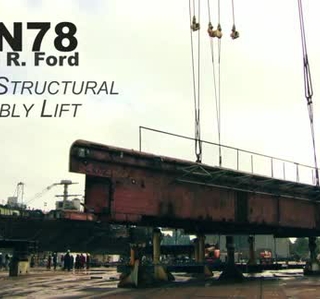