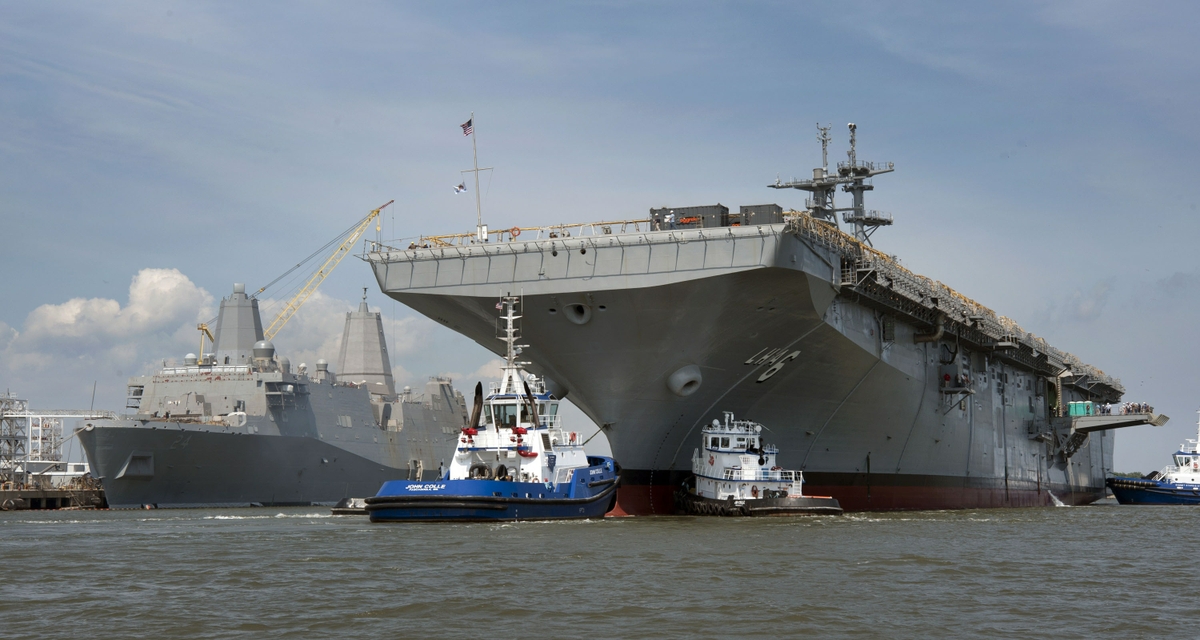 "Launching a large-deck ship is a significant milestone requiring several highly skilled shipyard crafts and a complex logistics plan," said Brian Cuccias, Ingalls' vice president, large deck amphibious ships. "As the Navy's longtime sole provider of these important ships, we are unique in our ability to draw on the specialized experience our shipbuilders have in the safe and efficient translation and launch of a warship of this size."

The ship, weighing more than 29,000 tons in its current state, became one of the largest objects moved across land when it was translated to the drydock two weeks ago. Following additional planning and preparation, the launch process occurred utilizing the drydock's ballast system on Monday afternoon, and the ship floated free.

"This is an exceptional milestone for the LHA program that was conducted flawlessly," said LHA 6 Program Manager George Jones. "I am proud of the team who made this happen and who continue to do quality work in this program."

Ingalls received a $2.38 billion contract to build the next ship in the class, Tripoli (LHA 7), last week. LHA 6 and LHA 7 are the first two ships in the new America class of amphibious assault ships. The ships are 844 feet long and 106 feet wide and will displace 44,971 long tons. The gas turbine propulsion system will drive the ships in excess of 20 knots. They will accommodate 1,059 crew (65 officers) and 1,687 troops. They will be capable of carrying a Marine Expeditionary Unit, including Marine helicopters, MV‐22 Osprey tiltrotor aircraft and F‐35B Joint Strike Fighter (JSF) aircraft.

The America class has an increased aviation capacity to include an enlarged hangar deck, realignment and expansion of the aviation maintenance facilities, a significant increase in available stowage for parts and support equipment, and increased aviation fuel capacity. Similar to its predecessors, the ship will be able to operate as the flagship for an Expeditionary Strike Group. Ingalls has built five Tarawa (LHA 1) class ships as well as eight Wasp (LHD 1) class ships. 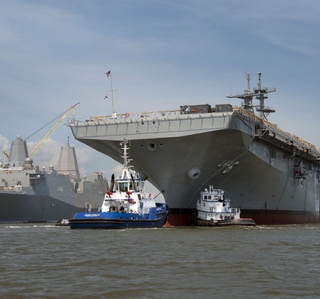 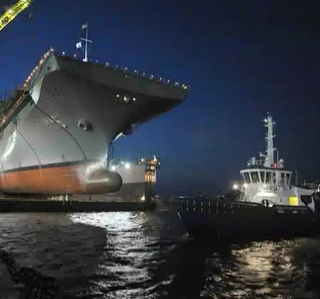 Tugboats guide the amphibious assault ship America (LHA 6) to her berthing place on Monday at Ingalls Shipbuilding. The Ingalls-built amphibious transport dock Arlington (LPD 24) can be seen in the background. America will be christened on Oct. 20.