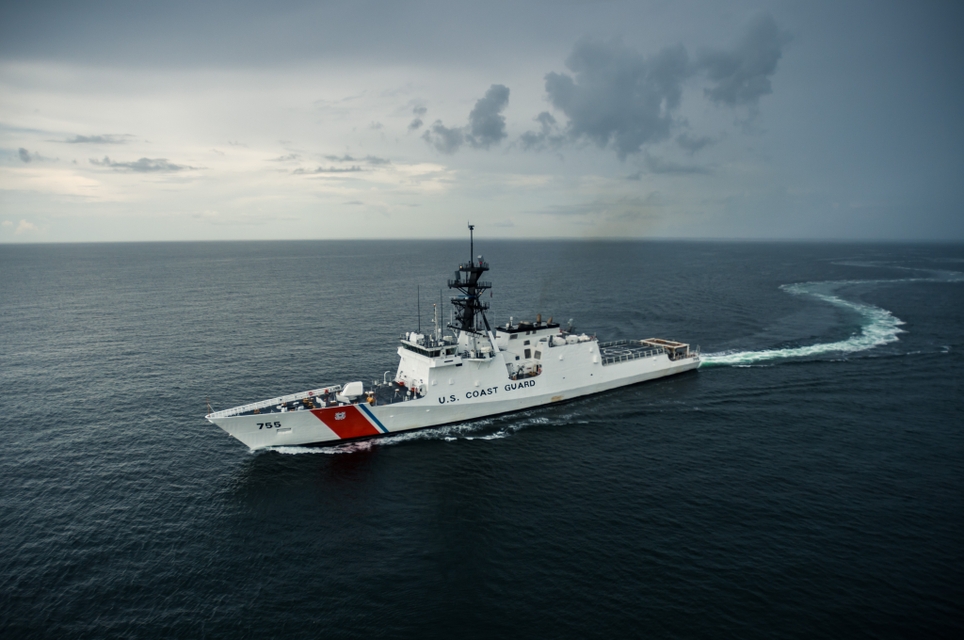 “The National Security Cutter program exemplifies the sustainable success that can be accomplished through serial production of a ship class,” said Ingalls Shipbuilding President Brian Cuccias. “Our shipbuilders are providing quality, highly capable ships to our customer in an efficient, affordable manner, which is important to the U.S. Coast Guard sailors who patrol our coastlines in these great ships, protecting our freedom.”

“We experienced a safe and successful builder’s trial, which is a result of outstanding teamwork from our shipbuilders and our U.S. Coast Guard partners,” said George S. Jones, Ingalls’ vice president of operations. “It is an exciting time in this program, and the NSC class of ships is truly a high-performing design. The pride of workmanship—from those on trial to the many craftsmen and women, designers, procurement specialists and all other shipbuilders who touched the ship during this process—allowed this ship to perform so well at sea.”

Ingalls has delivered the first five NSCs and has three more under construction, including Munro (WMSL 755), set to deliver in the fourth quarter of this year. Kimball (WMSL 756) is scheduled for delivery in 2018, and Midgett (WMSL 757) in 2019.

“The NSC program is really firing on all cylinders, and NSC 6 is another example of how each successive ship just keeps getting better in all aspects,” said Derek Murphy, Ingalls’ Coast Guard program manager. “Our shipbuilders continue to meet the challenge of maintaining an aggressive learning curve.  Not only did we go to sea five weeks earlier than any previous NSC, we did so with a more complete ship at a significantly reduced cost.”

Munro is named to honor Signalman First Class Douglas A. Munro, the Coast Guard’s sole recipient of the Medal of Honor. He was mortally wounded on Sept. 27, 1942, while evacuating a detachment of Marines on Guadalcanal.

Legend-class NSCs are the flagships of the Coast Guard’s cutter fleet. Designed to replace the 378‐foot Hamilton-class high-endurance cutters that entered service in the 1960s, they are 418 feet long with a 54-foot beam and displace 4,500 tons with a full load. They have a top speed of 28 knots, a range of 12,000 miles, an endurance of 60 days and a crew of 110. 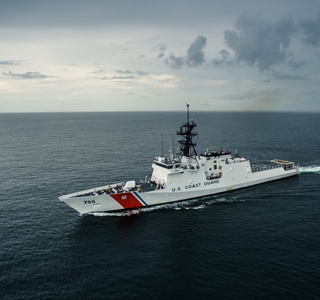 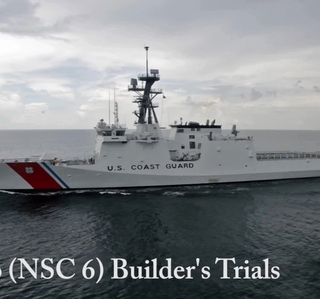