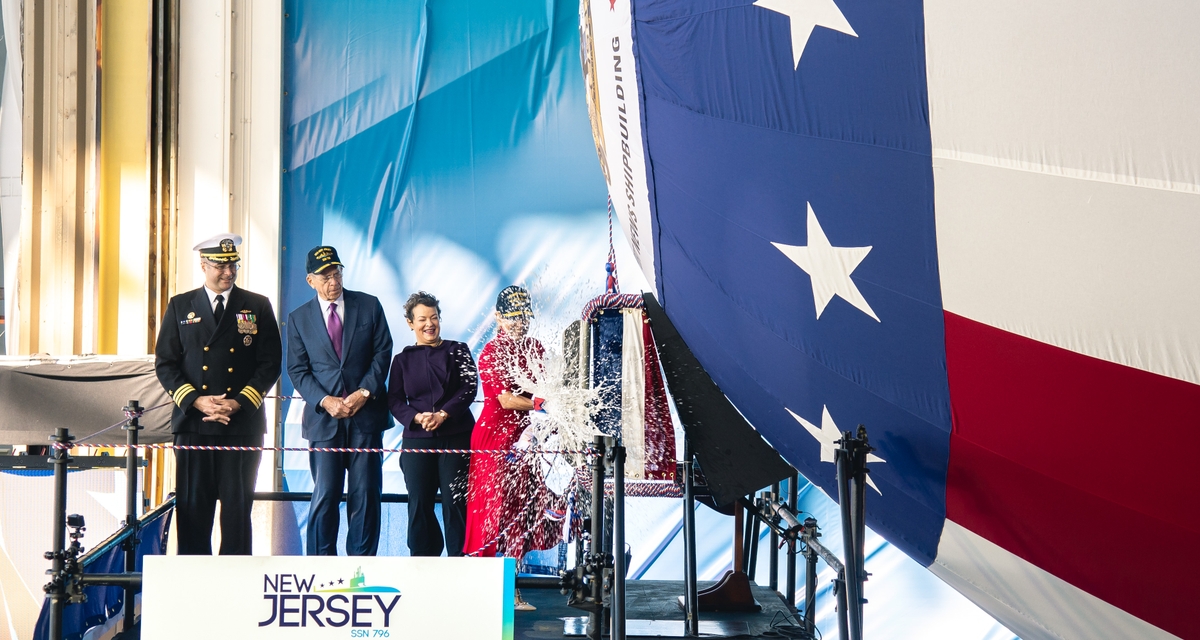 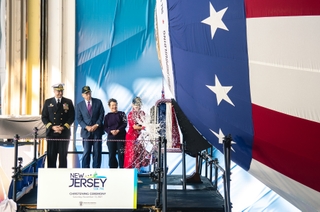 “The christening is a Navy and shipbuilder tradition that celebrates the hard work and dedication of the women and men who are building this magnificent submarine, readying her for the next phase of construction, which includes launch, testing, sea trials and delivery to the Navy,” said Jennifer Boykin, president of Newport News Shipbuilding. “We commemorate these American builders during a challenging time in our nation’s history.”

“When New Jersey joins the Navy’s fleet, she will deliver firepower for freedom, taking with her the skill of her shipbuilders, the spirit of her sponsor, the courage of her commander and crew and the pride of her fellow New Jerseyans,” Boykin added. “These characteristics, united, forge a strong national defense that defines America.”

Susan DiMarco, who is a New Jersey resident, retired dentist and wife of former Secretary of Homeland Security Jeh Johnson, serves as the ship's sponsor and performed the traditional honor of breaking a bottle of American sparkling wine across the submarine's bow during the ceremony.

“As citizens today, we are more divided and disconnected from one another than at any time in our last 50 years, but the efforts that went into building New Jersey say otherwise,” DiMarco said. “In order to complete this great ship there must have been vital partnership and purpose. As a country, we are cooperative, generous and tenacious, and we can work together on exceptional ideas.”

“Today is a day of gratitude, especially to the 4,000 men and women whose hard work put New Jersey together,” said Mullen, adding that the nation must prevail in an ideological battle against an adversary it has not seen before.

“The future USS New Jersey will be a critical — some say the most critical — arrow in our quiver,” he said.

The company reached the pressure hull complete milestone in February, meaning that all of the ship’s hull sections were joined to form a single, watertight unit. This was one of the last major milestones before the christening, and is floated off to a pierside berth for additional outfitting and testing at a future date.

New Jersey is the 23rd Virginia-class submarine and the 11th to be delivered by Newport News Shipbuilding. It is first submarine designed with a modification for gender integration. Construction began in March 2016 and is 82% complete. The submarine is scheduled to be delivered to the U.S. Navy in late 2022.

A video of the ceremony, along with additional information on New Jersey, DiMarco and the Virginia-class submarine program, can be found at: https://nns.huntingtoningalls.com/SSN796 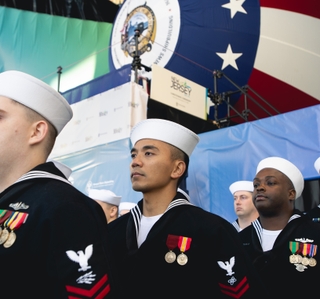 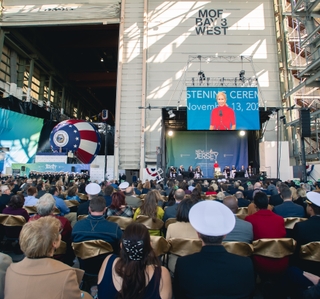 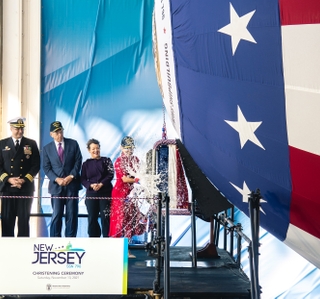 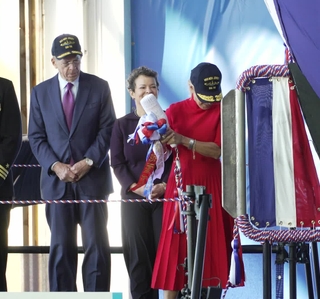