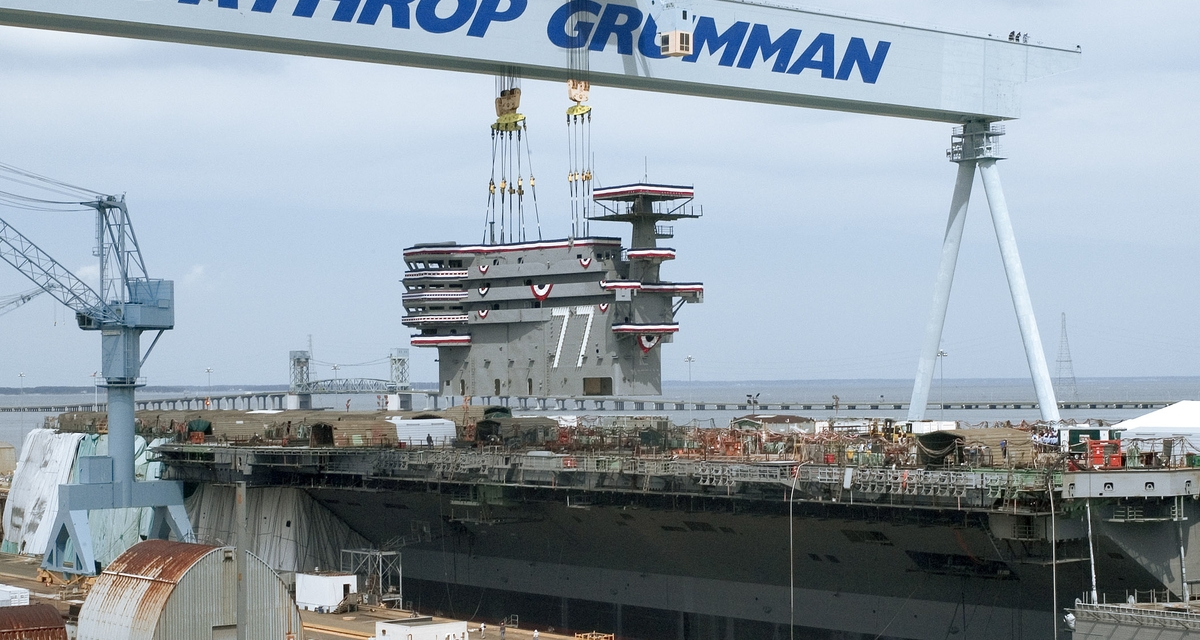 NEWPORT NEWS, Va., July 8, 2006 (PRIMEZONE) -- Northrop Grumman Corporation (NYSE:NOC) reached a major milestone today as it lifted the 700-ton island onto the flight deck of the nation's newest and most advanced nuclear-powered aircraft carrier, George H. W. Bush (CVN 77). The ship's namesake and 41st President of the United States, George H. W. Bush, participated in the event. He was accompanied by his wife and former First Lady Barbara Bush.

Photos accompanying this release are available at: http://media.primezone.com/noc/.

Bush said this construction milestone was a reminder that, "The muscle behind every American, the military, is as strong as ever."

"Let me thank everybody involved in making this genuine dream a reality and in so doing serve our country in a way that transcends any individual honor involved in the production of this mind-boggling vessel," he said.

Bush also thanked the shipbuilders for their hard work. "It is an absolutely amazing piece of work up till now, and I just can't wait to be back in October for the christening. I salute all -- these are the best shipbuilders, the best workers we have."

Bush and the Prospective Commanding Officer for CVN 77, Capt. Kevin O'Flaherty, placed their naval aviator wings underneath the island during the ceremony. This custom, called "stepping the mast," dates from antiquity and consists of placing coins under the step or bottom of a ship's mast during construction. One belief from Greek mythology is that should the ship be wrecked during passage, the coins would ensure payment of the crew's wages for their return home. Since at least the construction of USS Constitution in the 1790s, this tradition of placing coins or other items of significance has been passed on as a symbol of good luck for U.S. Navy ships.

"This is the final island landing on a Nimitz-class," Petters said. "So today, in some respects, we're witnessing the end of an era. This ship is the tenth and last of the class that has served America for the last 26 years and will continue to serve for the next half-century."

Northrop Grumman's Newport News sector is building the George H. W. Bush using modular construction, a process where smaller sections of the ship are welded together to form units called "super lifts." These super lifts are pre-outfitted and then lifted into the construction dry dock with the sector's massive 900-ton gantry crane. The island is the 161st and final super lift in the ship's construction schedule. For more information about the island, visit www.nn.northropgrumman.com/bush/island.html. 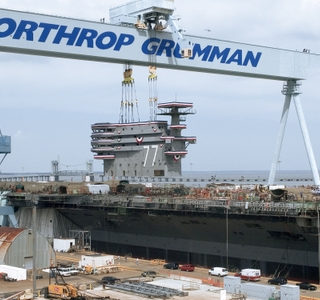 Northrop Grumman reached a major milestone today as it lifted the 700-ton island onto the flight deck of the nation's newest and most advanced nuclear-powered aircraft carrier, George H. W. Bush (CVN 77). By Rick Thompson