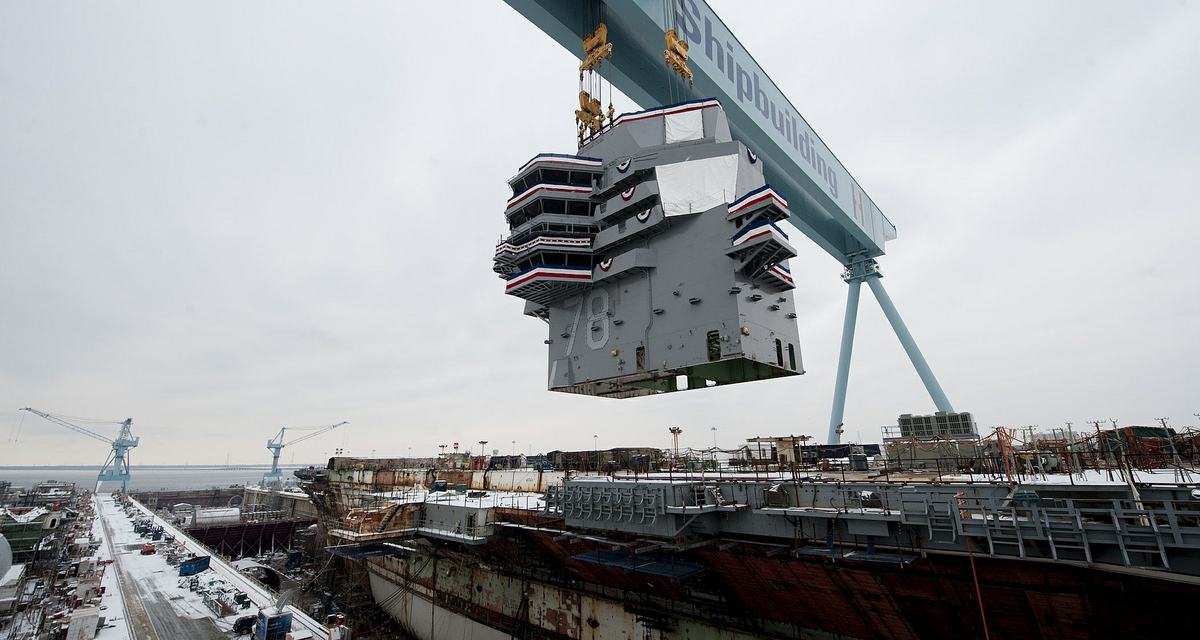 "The Gerald R. Ford continues our tradition of building quality ships," said NNS President Matt Mulherin. "It is our duty, our responsibility and--indeed--our great privilege because we know CVN 78 will provide American presence and diplomacy anywhere she is needed. She will be home to thousands of sailors, and she will keep President Ford's legacy alive for future generations."

Susan Ford Bales, daughter of the late President Gerald R. Ford and Betty Ford, serves as the ship's sponsor and participated in the event. "Shipbuilders--thank you for your extraordinary work," she said. "You are a national treasure. Thank you very much."

Ford Bales also placed items under the island during the mast-stepping, an ancient Roman ceremony in which coins were put into the mast of a ship to ensure safe passage and good luck. Ford Bales placed a sandstone piece made of the same sandstone used in the construction of the White House and the U.S. Capitol. The piece was embedded with a unique coin designed by Ford Bales, as well as five official seals representing her father's service to the nation.

Gerald R. Ford is being built using modular construction, a process where smaller sections of the ship are welded together to form large structural units, equipment is installed, and the large units are lifted into the dry dock. The 60-foot long, 30-foot wide island represents the 452nd lift of the nearly 500 total structural lifts needed to complete the ship. At this stage in construction, Ford is about 90 percent structurally complete.

"When the island is landed, Gerald R. Ford will take on that distinctive and unmistakable profile of an aircraft carrier," said CVN 78's prospective commanding officer Capt. John Meier. "Its profile will be easily recognizable; it belies the advancement of essentially every system aboard the ship. Simply put, this is not your father's aircraft carrier." 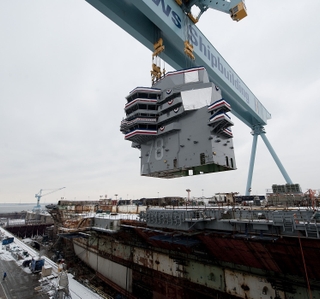 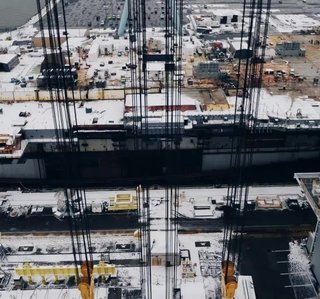 The 60-foot long, 30-foot wide island was the 452nd lift of the nearly 500 total lifts needed to complete the aircraft carrier Gerald R. Ford (CVN 78). The ship is about 90 percent structurally complete.