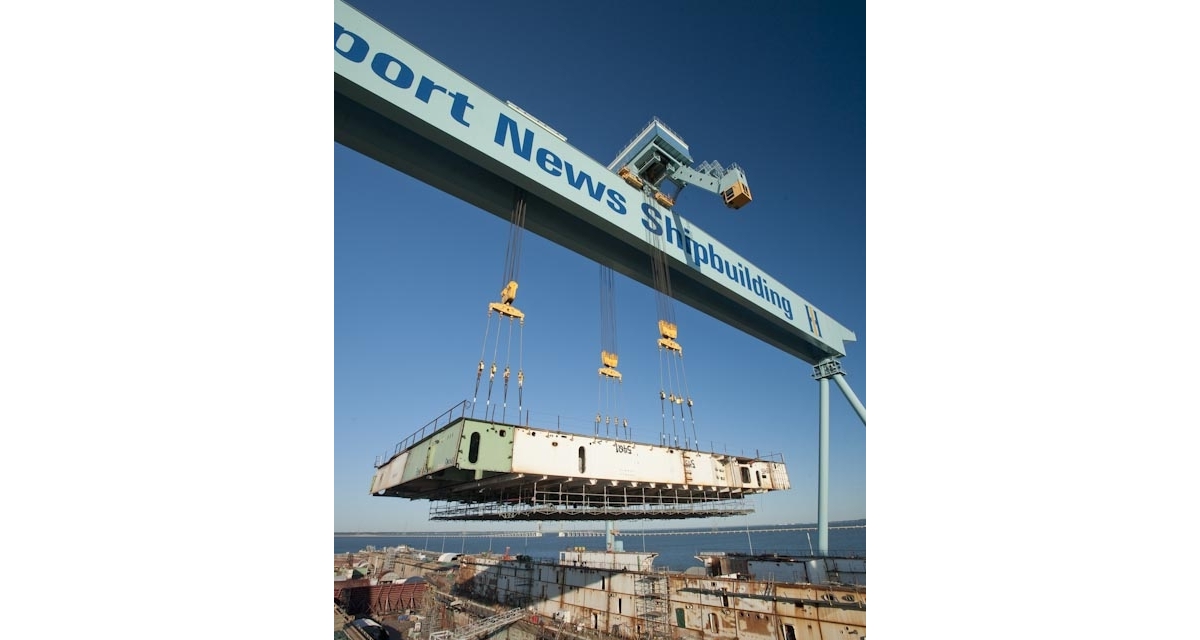 The lead ship in the new class of carriers has been under construction at the company's Newport News Shipbuilding (NNS) division since November 2009. It is on track to meet its scheduled launch in 2013 and delivery to the U.S. Navy in 2015.

Gerald R. Ford is being built using modular construction, a process where smaller sections of the ship are welded together to form large structural units, outfitting is installed, and the large unit is lifted into the dry dock. Of the 495 total structural lifts needed to complete the ship, 372 have been accomplished.

"This is a significant milestone in the ship's construction and reflects the hard work and dedication of the shipbuilders on the CVN78 program," said Rolf Bartschi, vice president of the CVN 78 Program. "The next seven months will be transformational as the Gerald R. Ford takes its final shape."

About 2,600 shipbuilders are working on the ship today, and manpower is expected to peak at 3,000 before Gerald R. Ford is completed. As with all aircraft carriers built by NNS, suppliers from more than 40 states across the nation, representing more than 24,000 jobs, are contributing to Gerald R. Ford's construction. 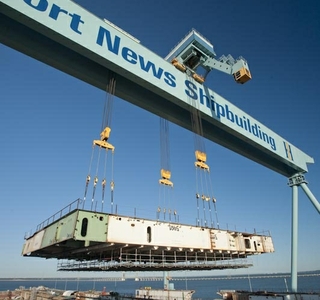