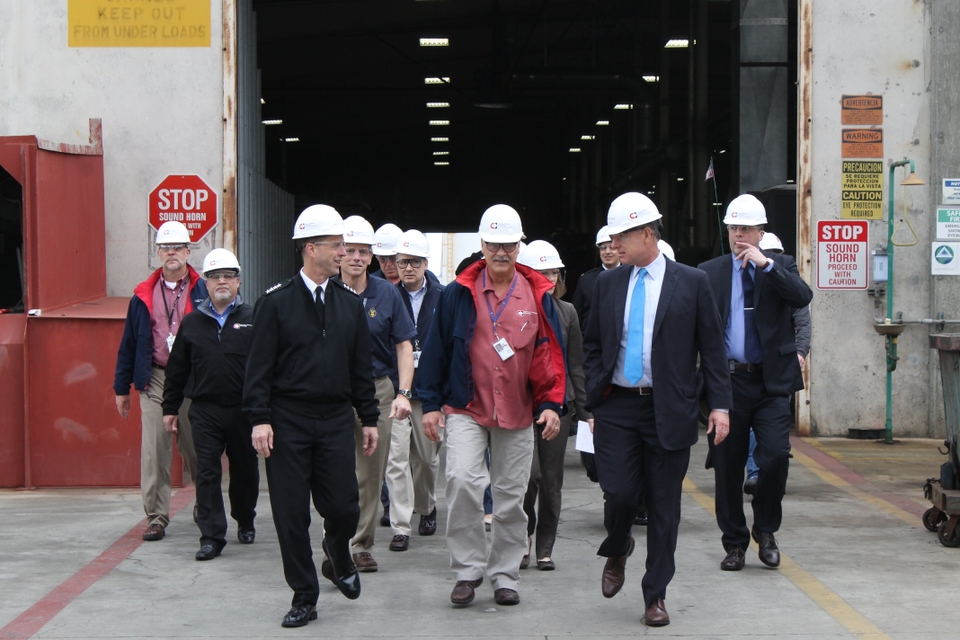 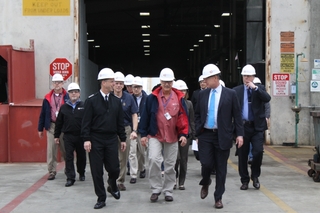 “We are a certified Master Ship Repair Contractor with the U.S. Navy, and our mission is to maintain and repair Navy ships, train our people and uphold our high standards for safety, quality, cost and schedule,” said Dan Flood, CMSD’s vice president and general manager. “We are honored to host Admiral Richardson and Congressman Peters here at CMSD, as it is a tremendous opportunity for us to showcase our highly qualified ship repair professionals and our extensive capabilities.”

During the tour, Richardson and Peters visited various trade shops and met with employees in the boiler and welding shops. They also met with the crew members from the destroyer USS Kidd (DDG 100), which arrived at CMSD in January for general maintenance. Kidd was built by HII’s Ingalls Shipbuilding division and commissioned in 2007.

“Visiting each of these yards, hearing from their leadership, talking to individual builders and maintainers, walking the shop floors helps me experience first-hand the types of work being done to support our ships,” said Richardson, who has toured a number of shipyards since taking office in September 2015. “The maintenance and repair done here in San Diego ensures our ships are mission-ready to carry out the nation’s business around the globe. Together, working with our industry partners, we have to get this work right—to ensure our sailors have what they need and to ensure we get the max life and value out of each and every platform."

Peters has represented California’s 52nd Congressional District, which includes portions of the city of San Diego, since 2013.

“Continental Maritime of San Diego maintains our Navy’s next-generation vessels and is a key part of San Diego’s proud partnership in our national defense,” Peters said. “I appreciate the opportunity to visit with Admiral Richardson and learn more about CMSD’s role in increasing naval readiness and creating high-quality jobs for our region.”

Huntington Ingalls Industries is America’s largest military shipbuilding company and a provider of manufacturing, engineering and management services to the nuclear energy, oil and gas markets. For more than a century, HII’s Newport News and Ingalls shipbuilding divisions in Virginia and Mississippi have built more ships in more ship classes than any other U.S. naval shipbuilder. Headquartered in Newport News, Virginia, HII employs nearly 36,000 people operating both domestically and internationally. For more information, visit: 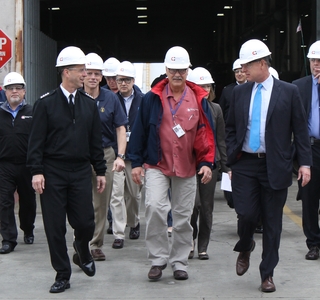