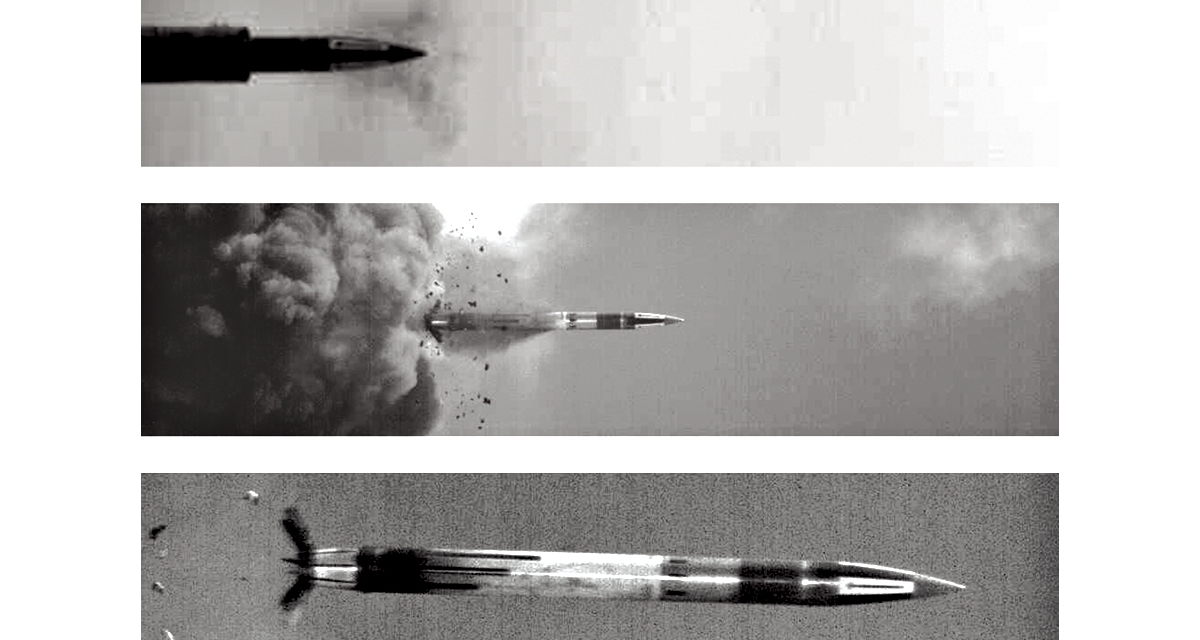 A photo(1) accompanying this release is available at http://media.primezone.com/noc/

The tests, which took place June 29 and July 27 at the San Nicholas Island test range off the California coast (approximately 65 nautical miles from Point Mugu) broke a distance record for gun-launched munitions.

"The U.S. Marine Corps calls for precision volume fires, and the consistent successes of the guided flights confirm the projectile aboard DD(X) satisfies that requirement," said Brian Cuccias, Northrop Grumman vice president and DD(X) program manager. "Three years ago, these technologies were just a concept."

During the test during the fourth successful guided flight test (GF-05), the projectile displayed stable aerodynamics throughout its 183-second flight, successfully deployed its canards (fins), acquired the satellite downlink from the GPS, reached an altitude of 90,000 feet, covered 46.5 nautical miles and then impacted the target.

Initial reports indicate that the fifth successful guided flight test (GF-06) produced the same telemetry results, nearing aim point 63 nautical miles away. The engineering analyses of the tests will continue, but initial reports reveal that results are as anticipated and in accordance with test plans.

The projectile, designed to provide the Marine Corps with precision fire support from offshore, is provided by Lockheed Martin to BAE Systems, the DD(X) advanced gun system manufacturer.

The GF-05 and GF-06 tests continue the success of previous guided flights conducted in February and March, which demonstrated better-than-specified accuracy at a range of 32 nautical miles, and on June 23, when GF-04 set the record for range performance at 59 nautical miles inland.

"The success of GF-05 and GF-06 shows the DD(X) National Team is on track to provide the Marine Corps fire-support capability for timely engagements over the horizon with highly accurate and lethal precision-guided projectiles," said Jim Schoppenhorst, BAE's program director for DD(X). "The advanced gun system provides volume fire of 10 projectiles-per-minute, per gun, day or night, in virtually any weather conditions, with minimal collateral damage."

The guided flight test series has conclusively demonstrated the projectile's ability to use an inertial measurement unit with in-flight updates from a global positioning system to extend range while simultaneously achieving precision-strike lethality in support of a Marine Corps coastal engagement from a DD(X) stationed far offshore.

The test series has also demonstrated the burn and thrust of the rocket motor and survival of the airframe structure (including rocket-motor components), deployment of an aft-located fin assembly, performance of the obturator (which holds the gas behind the projectile until it leaves the muzzle), canard deployment, GPS acquisition, controlled flight, and impact at GPS coordinates programmed into the projectile at initialization.

Due to the projectile's long range, the GF-05 and GF-06 tests, like the earlier firings, were conducted over water, requiring the use of radar to measure accuracy. The projectile was guided to precision accuracy as measured by the range-control and flight-following radars.

In partnership with the Navy, Northrop Grumman, Raytheon, General Dynamics, BAE Systems and Lockheed Martin are leading a premier National Team to design DD(X) - a revolutionary multi-mission destroyer. DD(X) technologies are currently in an advanced state of development and are destined to influence ship design efforts around the world for the remainder of this century. The National Team, which includes more than 100 U.S. companies from 45 states, understands the importance of the rapidly maturing DD(X) Program to our nation, and is proud of the historic role this vessel will play in the advancement of ship - and ship systems - design. The DD(X) National Team has successfully completed nearly a dozen incremental design review milestones, highlighting the DD(X) National Team's commitment to staying on schedule and on cost, as well as the program's approach to integrating unprecedented advanced technologies into the platform.

(1) Photo was created from a video and may not be high enough resolution for print. 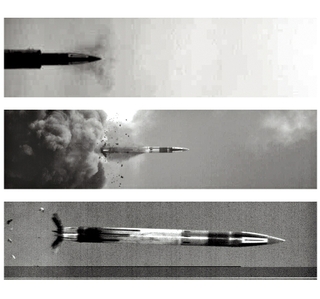