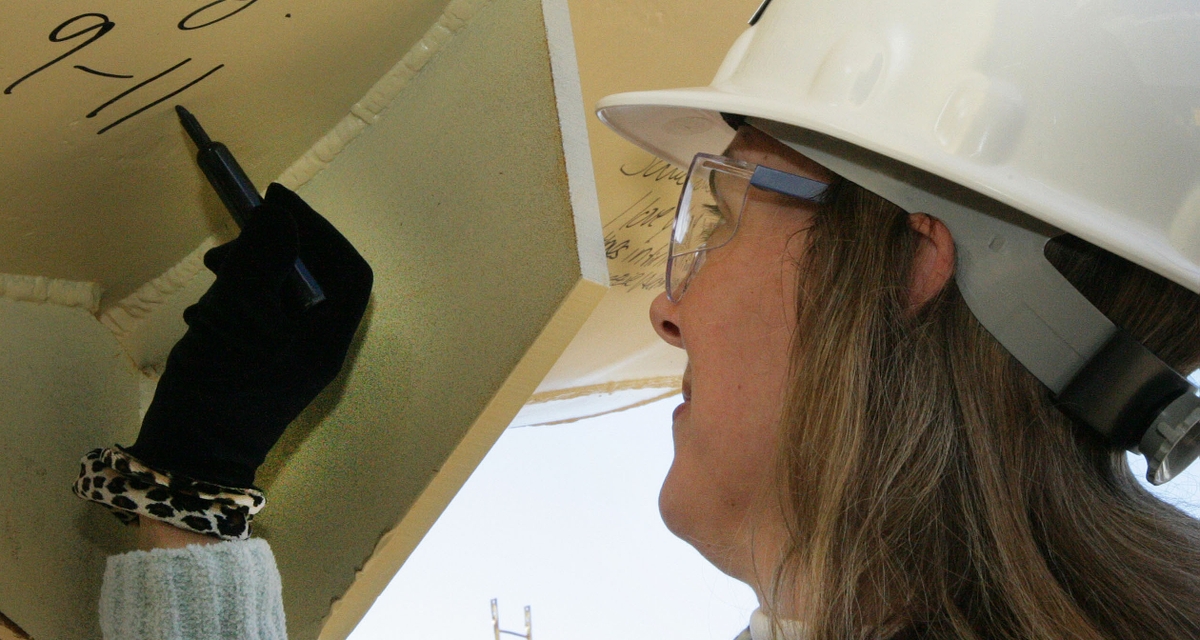 A photo accompanying this release is available at http://media.globenewswire.com/noc/mediagallery.html?pkgid=8628

Somerset is named in honor of the passengers and crew of United Airlines Flight 93, whose courageous actions prevented terrorist hijackers from reaching their target on Sept. 11, 2001. Somerset is the county in Pennsylvania in which United Flight 93 crashed.

The 22 members of the Families of Flight 93 who visited Avondale signed their names and the names of their family members on the hull of LPD 25. "Somerset is a very special ship to our shipbuilders, our company and to the family members who lost loved ones on Flight 93," said Irwin F. Edenzon, vice president and general manager, Northrop Grumman Shipbuilding - Gulf Coast. "LPD 25 demonstrates the steadfast commitment of our nation to protecting our freedom, and it symbolizes the courage of those aboard Flight 93 who refused to yield to those who threatened it. As shipbuilders, we provide the nation's sea services with the tools of their trade and I am proud that we do it well and strive every day to do it better."

Construction of Somerset is taking place at Northrop Grumman Shipbuilding's Avondale shipyard near New Orleans, with fabrication support from the two other company facilities in Pascagoula and Gulfport, Miss.

Gordon Felt, president of the Families of Flight 93, said he and his fellow family members appreciate Northrop Grumman providing them the opportunity to see Somerset up close.

"It's important for the family members to see the progress being made on this special ship, which looks much further along than I expected," said Felt, who lost his brother, Edward, on Flight 93. "It's very impressive. We can see that the shipbuilders are taking great pride in building it.

"We thank the Navy and our nation for honoring those who lost their lives on Sept. 11, 2001, with this ship that memorializes them," he continued. "To build a naval vessel that will remind the world and motivate those who will serve aboard her that what took place in Somerset County, Pa., on 9/11 was worthy of our honor and remembrance."

"We are amazed and grateful that a Navy ship is named in honor of our loved ones," Wilson said. "It's an honor I can't put into words. We're all excited about being here and seeing this wonderful ship and also to tour her sister ship Anchorage. I know we'll be back when Somerset is completed. It will be very special for us to walk her decks."

The 684-foot, 105-foot-wide LPD transport dock ships are used to transport and land U.S. Marines, their equipment and supplies by embarked air cushion or conventional landing craft and Expeditionary Fighting Vehicles, amphibious assault vehicles, augmented by helicopters or vertical takeoff and landing aircraft such as the Osprey. The LPD ships will support amphibious assault special operations, expeditionary warfare missions, as well as humanitarian missions, throughout the first half of the 21st century.

Two other Northrop Grumman-built LPD ships are named in honor of the heroes of 9/11 -- Arlington (LPD 24), currently under construction in Pascagoula, Miss., and USS New York (LPD 21), which was commissioned in New York City in November 2009. 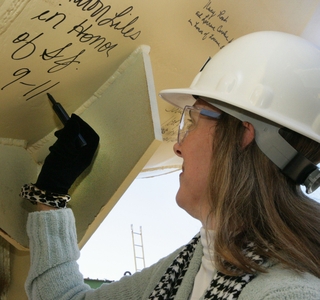 Sharon Waugh Liles, from the Families of Flight 93, signs the hull of the Northrop Grumman-built Somerset (LPD 25), named for the county in Pennsylvania where United Flight 93 crashed on Sept. 11, 2001. Liles, who lost a sister, Sandy Waugh Bradshaw, joined other family members as they toured the ship last weekend at Avondale, La.