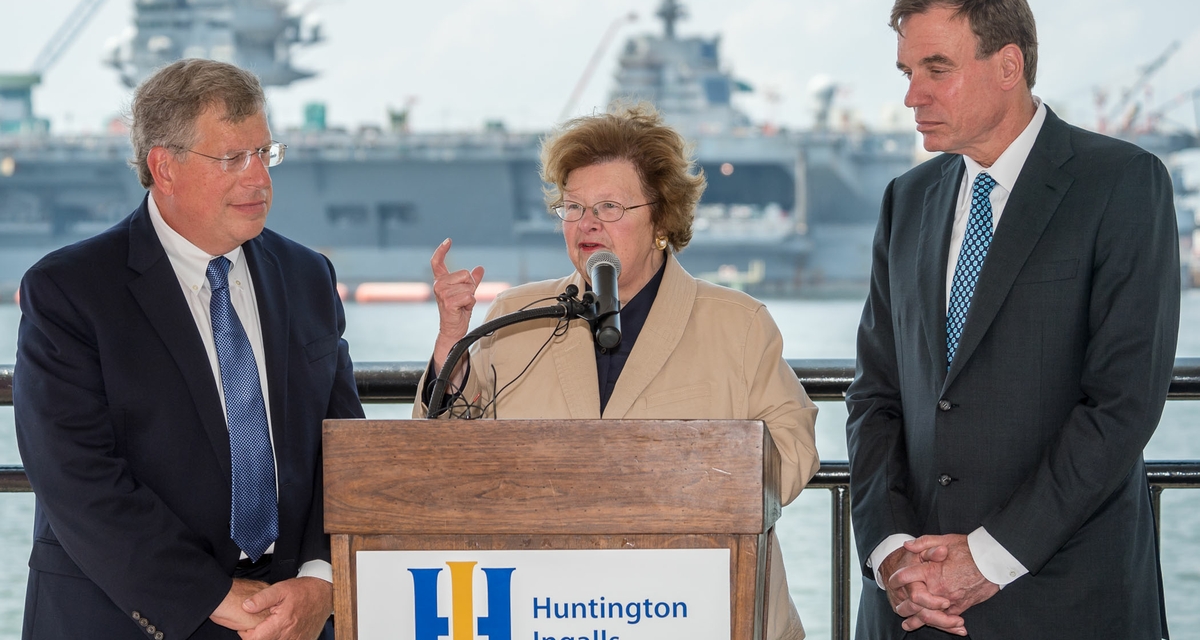 NEWPORT NEWS, Va., Aug. 6, 2014 (GLOBE NEWSWIRE) -- Huntington Ingalls Industries (NYSE:HII) today hosted Senators Barbara A. Mikulski, D-Md., and Mark Warner, D-Va., for a tour of the company's Newport News Shipbuilding division. The visit provided an opportunity for Mikulski to meet shipbuilders and get a behind-the-scenes look at the defense industrial base and American manufacturing—two issues for which she has provided ardent support.

As chairwoman of the Senate Appropriations Committee, Mikulski has worked to get the appropriations process on track. Under her leadership, the committee approved funding for the refueling of the aircraft carrier USSGeorge Washington (CVN 73).

"I'm so glad that Newport News shipbuilders have Senator Warner on their side," Mikulski said. "Together, they're creating manufacturing jobs today and making sure America's defenses are prepared for tomorrow. I'm doing my part in the Senate as chairwoman of the Appropriations Committee, putting funds in the federal checkbook to strengthen our nation's defenses. By restoring certainty and reliability to federal funding, we're able to create jobs and grow our economy, not only in Newport News, but in communities around the country."

Mikulski represented Maryland's 3rd congressional district for 10 years prior to being elected to the Senate in 1986 as the first Democratic woman Senator to be elected in her own right. She was re-elected with large majorities in 1992, 1998, 2004 and 2010. On March 17, 2012, she became the longest-serving woman in the history of the United States Congress.

"I am grateful to Chairwoman Mikulski for her ongoing support of the shipbuilding industry and for visiting Newport News Shipbuilding today to see first-hand the strong ties between the Navy and Hampton Roads," Warner said. "The bipartisan Virginia congressional delegation worked with Chairwoman Mikulski to maintain the 11-carrier fleet and fully fund the refueling and complex overhaul of the USS George Washington, which are absolutely necessary for our national security."

Newport News Shipbuilding President Matt Mulherin accompanied the senators on the shipyard tour, which included a visit to one of the shipyard's submarine construction facilities where PCU John Warner (SSN 785) is under construction. The christening for the submarine, which is about 89 percent complete, is scheduled for Sept. 6.

"We always welcome the opportunity to host our congressional partners so they can see first-hand the important work we are doing here, thanks to their continued support," Mulherin said. "Senator Warner is no stranger to the shipyard, and we are honored he was joined today by Senator Mikulski. It is clear that Senator Mikulski understands the importance of the defense supply base. She has worked tirelessly to support steady and predictable funding for critical government programs like the refueling and complex overhaul of our nation's aircraft carriers." 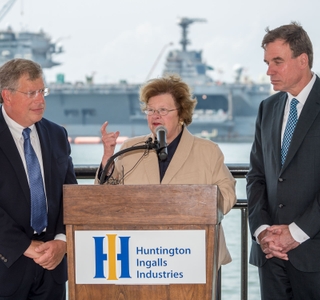