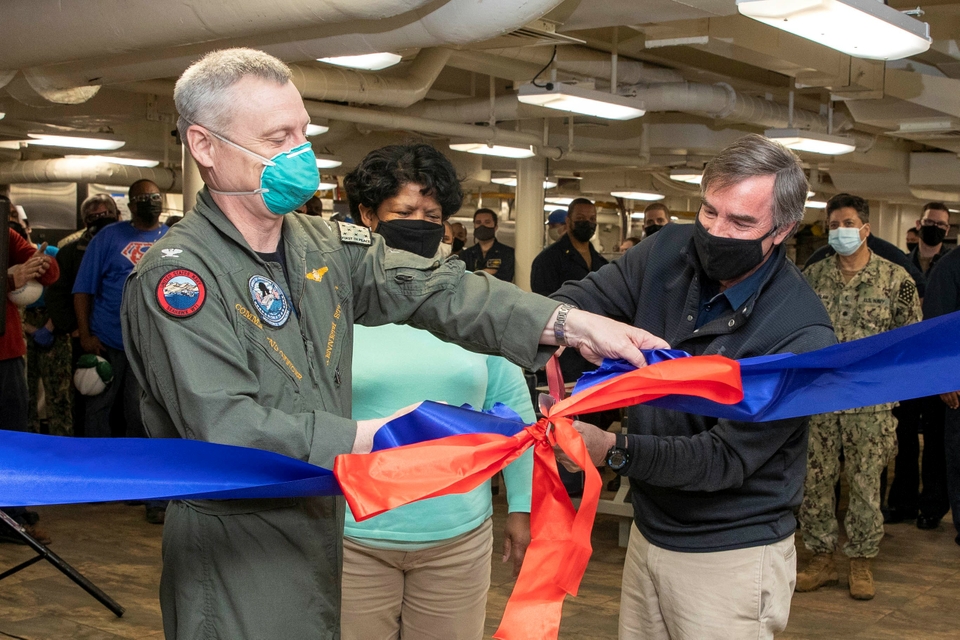 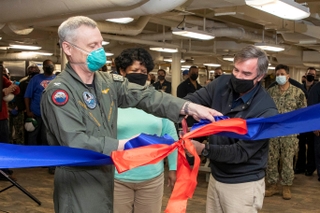 Following a ribbon-cutting ceremony today, sailors ate the first meal prepared in the galley in the nearly three years since it arrived at Newport News. The opening of the crew galley is one of the last significant steps before the first 1,100 sailors are expected to move aboard in June.

“George Washington has gone through a transformation since it arrived at Newport News for the mid-life refueling overhaul and maintenance availability,” said Todd West, Newport News’ vice president, in-service aircraft carrier programs. “The crew beginning their move aboard and the reopening of berthing spaces and galleys, all supporting our nearing completion of the RCOH, is a sign that the ship is being brought back to life. We look forward to continuing our work with our Navy partners to redeliver the ship to the fleet.”

The Nimitz-class aircraft carrier is in the final stages of testing, which is designed to exercise all aspects of the propulsion plant systems and will certify the systems and components for future operations over the next 25 years of service. The RCOH is more than 85% complete, and the ship is on track to be redelivered to the Navy in 2022. 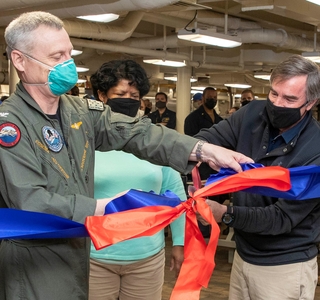