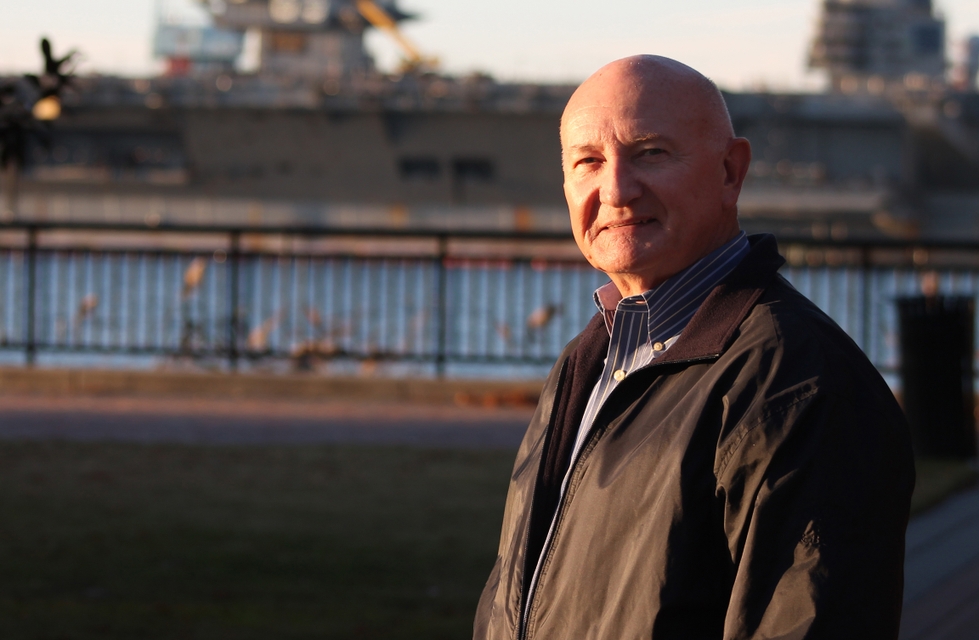 Hinnant is the first to receive the award, which was established by Virginia Business magazine and the Virginia Society of Association Executives. He will be recognized Thursday at the society’s 2016 Educational Symposium and Expo at the Greater Richmond Convention Center.

Dave Hinnant, HII’s manager of conference and event planning, is the 2016 Virginia Business Meeting Planner of the Year. He will retire on Oct. 31 after more than five decades of service. Photo by Walter Chawlk/HII

Hinnant has been with HII for more than 54 years and has served in a variety of functions. He was hired in 1962 as a helper in the machinery department at Newport News Shipbuilding and Dry Dock Company, now HII’s Newport News Shipbuilding division. He was promoted to planner, production scheduler and eventually production controller before shifting focus to special events and travel in the company’s communications department. From there, he served as a marketing representative and then oversaw corporate services and travel.

Since HII spun off from Northrop Grumman in 2011, Hinnant has served as manager of conference and event planning for the company’s Board of Directors. He is a “Master Shipbuilder,” a distinction held by HII employees with 40 or more years of continuous service. He will retire on Oct. 31 after more than five decades of service.

“This award is an appropriate tribute to an exceptional career and to a great planning professional,” said Scott Stabler, HII’s executive vice president, internal audit. “Dave’s approach is grounded in a fundamental understanding of what ‘right’ looks like. He makes our corporate events memorable with a combination of relentless preparation and his unique ability to make those attending his functions feel special. He will leave with the enduring respect of our Board, senior leadership and countless dignitaries he has entertained through the years.”

Dave Hinnant, HII’s manager of conference and event planning, is the 2016 Virginia Business Meeting Planner of the Year. He will retire on Oct. 31 after more than five decades of service. Photo by Walter Chawlk/HII