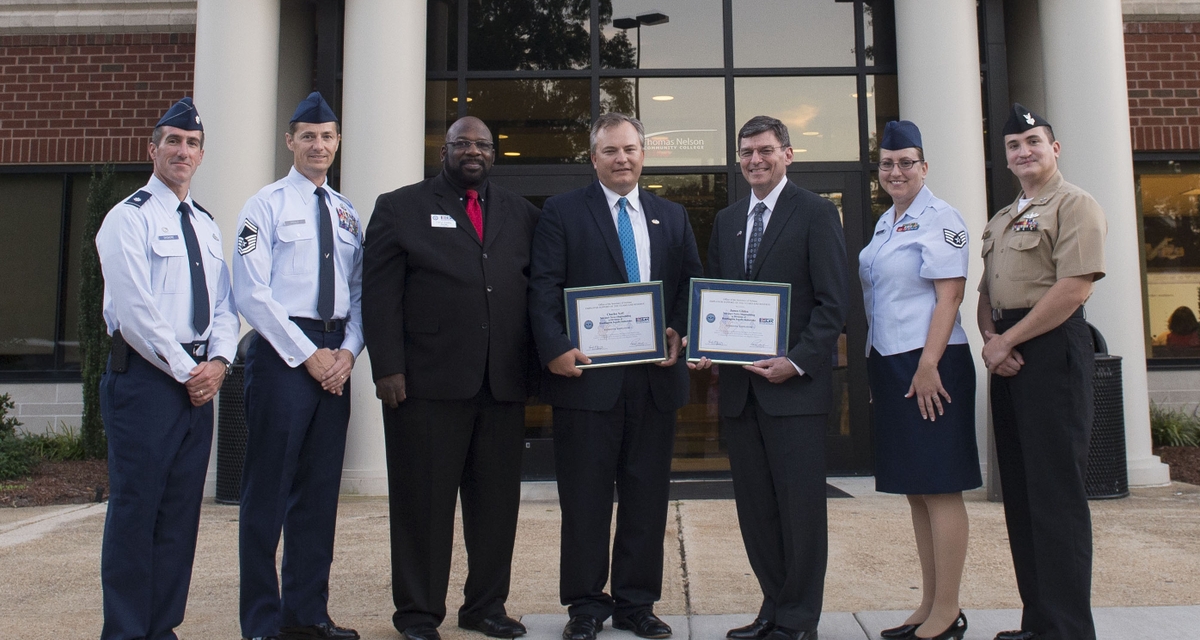 NEWPORT NEWS, Va., Aug. 28, 2014 (GLOBE NEWSWIRE) -- Huntington Ingalls Industries (NYSE:HII) announced today that two members of its legal team received Patriot Awards from Employer Support of the Guard and Reserve (ESGR) for their support of employees who are active in the National Guard or National Reserve. 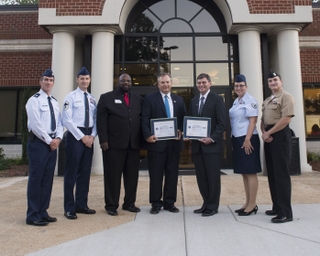 Employees serving in the National Guard or Reserve can nominate their supervisors for the Patriot Award to recognize efforts that support employees' military service. Support can include flexible schedules, time off prior to and after deployment, and granting leaves of absence if needed.

"We are so proud to be able to present the Patriot Award to these members of Newport News Shipbuilding and HII," said Darryl L. Badley Jr., the Peninsula area chairman of the ESGR's Virginia committee. "My primary mission and responsibility is to promote positive engagement between the National Guard and Reserve and their employers in the Peninsula area. The nomination and delivery of these Patriot Awards signify the ongoing commitment and relationship that ESGR has with the business community and our pledge to support them as they support our service members."

Gildea and Neff were nominated for supporting a flexible schedule for Garcia's duty and military leave. Their flexibility has created a positive environment for Garcia to serve both the company and the Virginia Air National Guard.

"It speaks to Leila's character and commitment that she has taken the time to nominate her leadership team for their support," said Bill Bell, Newport News' vice president of human resources and administration. "Between serving in the Virginia Air National Guard, working full time in our law department and her other personal commitments outside of work, Leila's days are full. We appreciate the time and effort she has spent on this significant recognition opportunity, and we are extremely proud and fortunate to have her as part of our team. Jim and Charles working with her schedule is a reminder of the company's commitment to those serving our country."

Approximately 15 percent of HII's employees are military veterans. HII strives to hire veterans and reservists at its corporate, division and subsidiary offices.

Since its inception in 1972, ESGR, a Department of Defense office, has grown with more than 4,800 volunteers on ESGR state committees dedicated to maintaining employer support programs, providing informative briefings and recognizing employers who go above and beyond in their dedication to employees in the Guard or Reserve 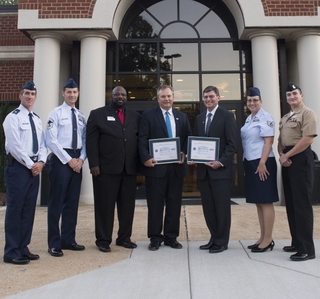