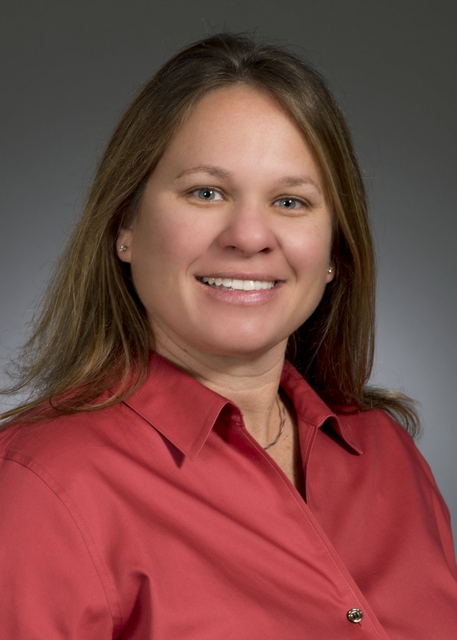 “We are so proud to have Alma and Dianna recognized for their hard work at this year’s Society of Women Engineers conference,” said Bill Ermatinger, HII corporate vice president and chief human resources officer. “Both are strong leaders in their fields and are highly engaged and dedicated in the promotion of engineering and STEM.”

Fallon, Newport News’ director of supply chain procurement, was recognized by SWE as a Fellow Grade Member, an honor conferred on society members in recognition of continuous service to the advancement of women engineers. In her role as director, Fallon is responsible for about $1 billion a year in subcontracting and services for aircraft carriers and submarines. In her 27-year career, she has progressed in the engineering and design division at Newport News, rising to management.

Dianna Genton, a naval architect at Ingalls Shipbuilding, received an Emerging Leader Award, one of only 10 given annually by the Society of Women Engineers.

Genton, a naval architect at Ingalls, received an Emerging Leader Award, one of only 10 given annually by the society. The award recognizes women engineers who have actively engaged in an engineering or technology profession, have demonstrated technical excellence and have 10 to 15 years of cumulative engineering experience. Genton is currently the technical lead for two Office of Naval Research Manufacturing Technology programs at Ingalls. Beginning her career at the shipyard in 2003, she has supported various test projects for the DDG 1000 program and served as manufacturing lead for NASA’s Max Launch Abort System (MLAS) when Ingalls supported NASA’s Constellation Program.

Huntington Ingalls Industries designs, builds and manages the life-cycle of the most complex nuclear- and conventionally powered ships for the U.S. Navy and Coast Guard. For more than a century, HII’s Newport News and Ingalls shipbuilding divisions in Virginia and Mississippi have built more ships in more ship classes than any other U.S. naval shipbuilder. HII also provides engineering and project management services expertise to the commercial energy industry, the Department of Energy and other government customers. Headquartered in Newport News, Va., HII employs more than 39,000 people operating both domestically and internationally. For more information, visit:

Dianna Genton, a naval architect at Ingalls Shipbuilding, received an Emerging Leader Award, one of only 10 given annually by the Society of Women Engineers.