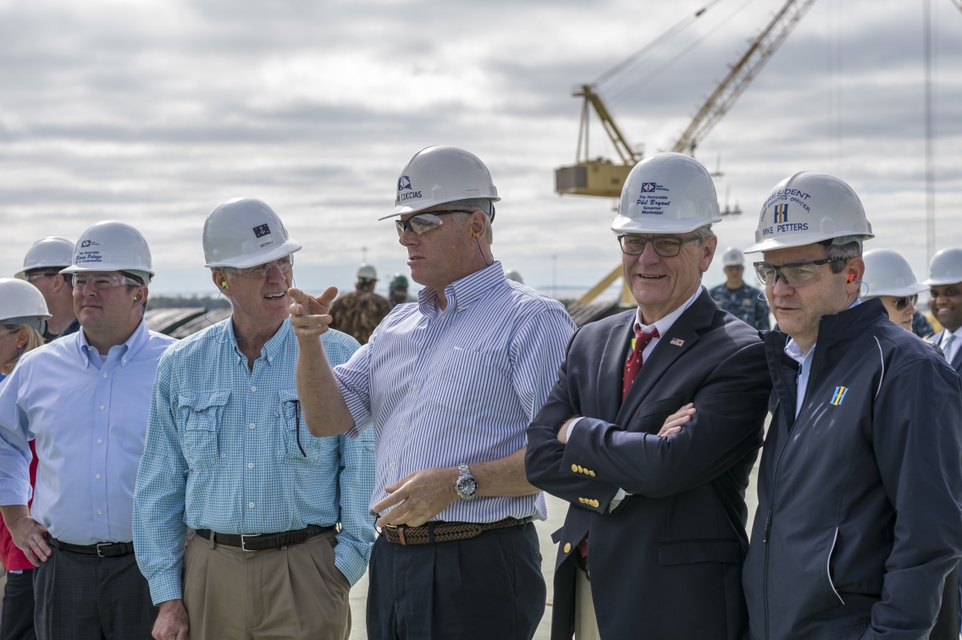 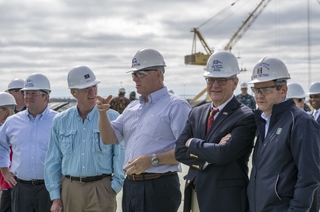 “Mike Petters and his team have done an amazing job of really bringing the art form of shipbuilding to a science,” Spencer said. “If the U.S. Navy has a heart, I would say the shipyards are the blood pumping through that heart. It’s on the shoulders of the U.S. Navy to make sure we keep these production lines hot and, therefore, efficient. Ingalls is an amazing shipyard in the size, depth and talent that’s here. The workforce is one of the key elements that makes it a critical part of the Navy infrastructure.”

“We appreciate Secretary Spencer taking the time to visit our shipyard and discussing the processes and skills our shipbuilders have in building quality ships for the Navy,” Cuccias said. “Everything we do is in partnership with our Navy customer, and it is a pleasure to be able to highlight the efforts of our workforce to Navy leadership.”

Spencer was sworn in as the 76th Secretary of the Navy on Aug. 3. A Connecticut native, he graduated from Rollins College in 1976 with a bachelor’s degree in economics. Upon graduation, he joined the U.S. Marine Corps and served as an H-46 pilot until 1981 before departing active duty to enter the private finance sector.

“I’m honored to welcome the Secretary of the Navy to Ingalls Shipbuilding in South Mississippi today,” Rep. Palazzo said. “I’m glad that we have a Secretary who joins me in acknowledging the men and women here at Ingalls are the greatest shipbuilders on earth, who build the greatest warships on earth, for the greatest military on earth. I’m proud to work with leadership in Washington to uphold a commitment of restoring our military through increasing defense funding and restoring the cuts and budget shortfalls that have threatened our military readiness over the last eight years. A large part of this includes a call for more warships to support the mission of our men and women in the military that will be built right here in South Mississippi.” 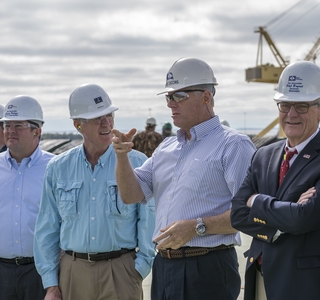 Secretary of the Navy Visits Ingalls