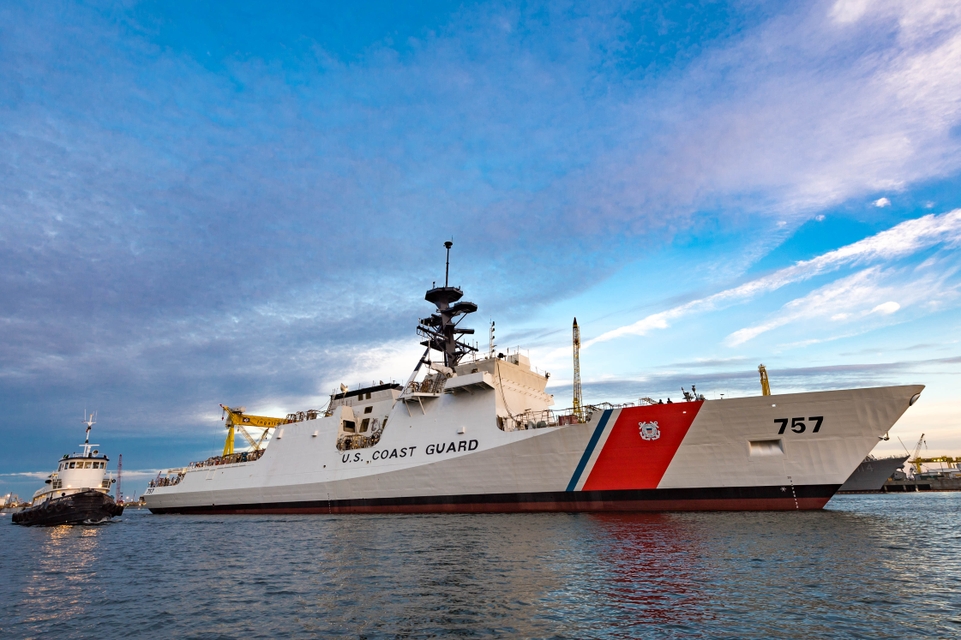 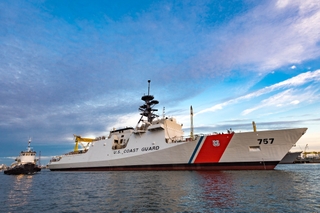 “As the National Security Cutter program continues to mature, we are providing our Coast Guard customer the best ships in their fleet,” said Ingalls Shipbuilding President Brian Cuccias. “Our shipbuilders know and understand the importance of quality in building these highly capable cutters so the men and women of the Coast Guard can perform their important national security missions.”

Midgett was translated via Ingalls’ rail car system to the floating dry dock last week, and the dock was moved away from the pier on Tuesday night. With the assistance of tugboats, Midgett launched off the dock early Wednesday morning.

“We’ve become very good at building these ships and continue to improve with the incorporation of lessons learned from previous cutters,” said Derek Murphy, Ingalls’ NSC program manager. “Launch is a much-anticipated and exciting event, but it’s still just one step in bringing this cutter to life. Our shipbuilders are ready to get back to work to ensure Midgett is the best NSC to date.”

Legend-class NSCs are the flagships of the Coast Guard’s cutter fleet. Designed to replace the 378-foot Hamilton-class high-endurance cutters that entered service in the 1960s, they are 418 feet long with a 54-foot beam and displace 4,500 tons with a full load. They have a top speed of 28 knots, a range of 12,000 miles, an endurance of 60 days and a crew of 110. 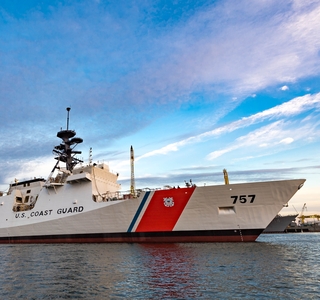 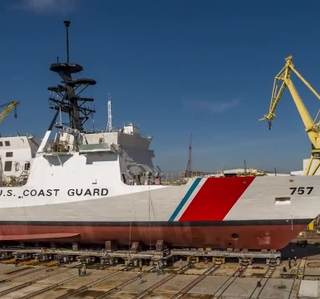