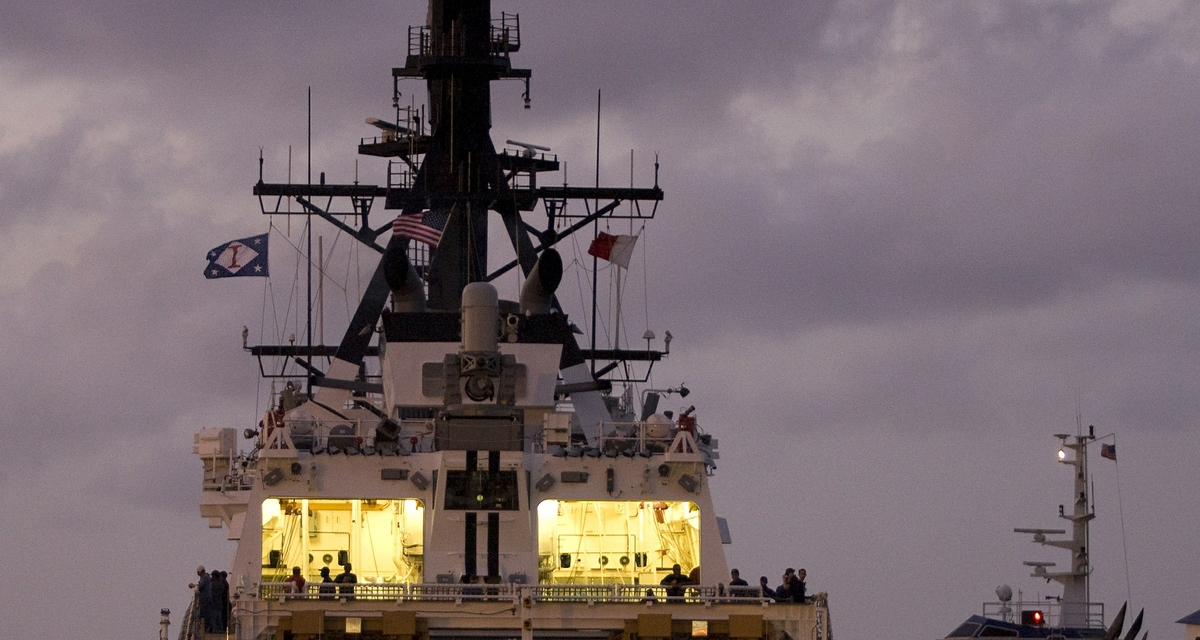 "Stratton's two days at sea proved her readiness and extraordinary capabilities," said Mike Duthu, National Security Cutter (NSC) program manager for Ingalls Shipbuilding. "This successful sea trial is a positive reflection of the efficiencies established during the construction and testing of this ship. Our shipbuilders reduced the construction schedule compared to NSC 2 and improved vessel labor costs by reducing man-hours. Congratulations to our shipbuilders, the Coast Guard and our industry partners on a very successful start-to-finish plan."

The NSC is the flagship of the Coast Guard's cutter fleet, designed to replace the 378‐foot Hamilton-class High-Endurance Cutters, which entered service during the 1960s.

"It's a complex and comprehensive set of tests performed over the course of two days at sea," said Richard Schenk, vice president, test and trials, Ingalls Shipbuilding. "Our team worked really efficiently around the clock and allowed Stratton to effectively demonstrate her seaworthiness and the full potential of her systems. The Coast Guard is getting a tremendous cutter with capabilities specifically designed to perform their missions."

First Lady Michelle Obama is Stratton's sponsor. She christened the ship at Ingalls Shipbuilding on July 23, 2010. Stratton is scheduled for delivery to the U.S. Coast Guard on Sept. 2.

Stratton is the third of eight planned ships in this new class of highly capable, technologically advanced multi-mission cutters. Bertholf and Waesche have been commissioned and are successfully executing Coast Guard missions. The construction contract for a fourth cutter, Hamilton, was awarded in November 2010, and construction will begin on Aug. 29.

Ingalls Shipbuilding builds the NSC hull, mechanical and electrical systems, while Lockheed Martin builds and integrates the command, control, communications, computers, intelligence, surveillance and reconnaissance (C4ISR) capabilities onboard the cutters. Over the two-day trial period, all of the C4ISR systems were tested successfully, including the surface and air tracking radars as well as the communications and navigational systems.

The Legend-class NSC is capable of meeting all maritime security mission needs required of the High-Endurance Cutter. The cutter includes an aft launch and recovery area for two rigid hull inflatable boats and a flight deck to accommodate a range of manned and unmanned rotary wing aircraft. It is the largest and most technologically advanced class of cutters in the U.S. Coast Guard, with robust capabilities for maritime homeland security, law enforcement, marine safety, environmental protection and national defense missions. This class of cutters plays an important role enhancing the Coast Guard's operational readiness, capacity and effectiveness at a time when the demand for their services has never been greater. 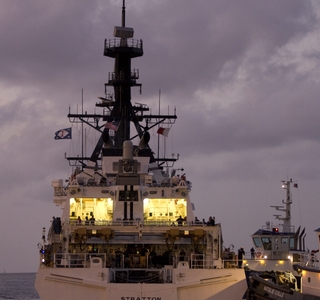 National Security Cutter Stratton (WMSL 752) pulls away from the dock at Ingalls Shipbuilding as she leaves for Acceptance Trials on Aug. 10.