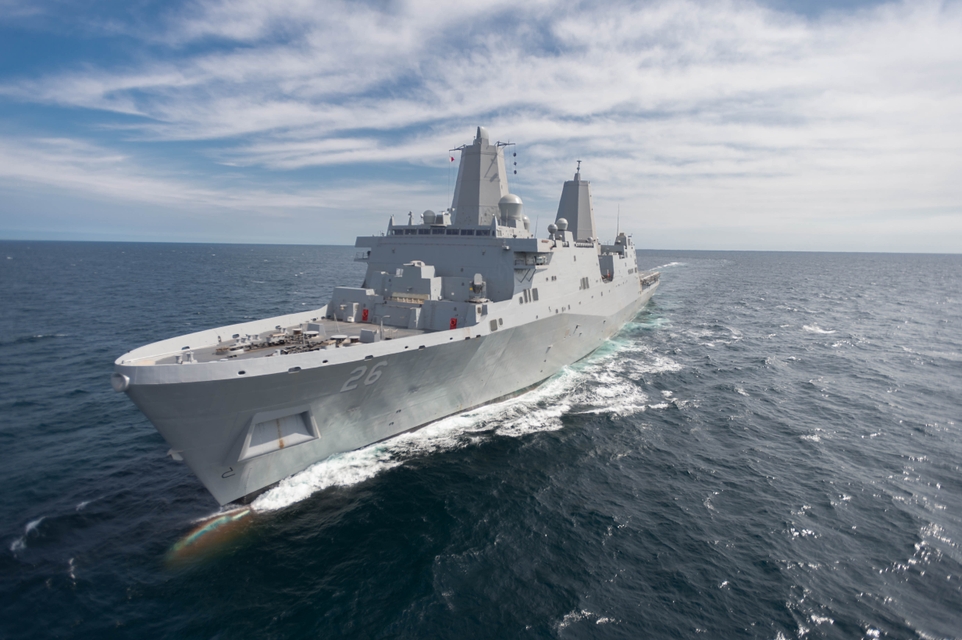 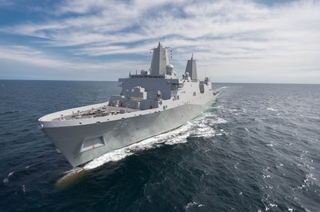 John P. Murtha (LPD 26) was delivered to the U.S. Navy during an afternoon ceremony at Ingalls Shipbuilding.

“Today we delivered our 10th LPD, and we have at least two more ships to complete in this class,” said Richard Schenk, Ingalls’ vice president, program management, who signed the official DD 250 document. “John P. Murtha is the culmination of four years of tireless efforts on the part of thousands of our shipyard employees and our Navy partner. I couldn’t be more proud of all of those involved, and they are showing that serial production pays dividends when it comes to providing affordable ships to our nation.”

The signing of the DD 250 document officially transfers custody of the ship from HII to the U.S. Navy.

“To the incredibly talented, dedicated and resourceful shipbuilders who built this ship from raw steel and cable into this awe-inspiring warship, please accept my personal thanks on behalf of the crew, U.S. Navy and the American people,” said Capt. Kevin Parker, the ship’s commanding officer. “You have fully reinforced the sincere belief that I have held for many years that the best shipbuilders in the world are found right here on the Mississippi Gulf Coast. As we take this ship to sea, we will do our very best to make you proud and put this ship to good use in defense of our nation.”

LPD 26 is named in honor of the late John P. Murtha, who represented Pennsylvania’s 12th Congressional District from 1974 to 2010. In addition to his tenured history in the House of Representatives, Murtha was also a veteran of the U.S. Marine Corps Reserve. He served for 37 years and received the Bronze Star with Combat “V,” two Purple Hearts and the Vietnamese Cross of Gallantry for his service in the Vietnam War. He retired as a colonel in 1990.

In addition to John P. Murtha, Ingalls has the 11th LPD, Portland (LPD 27), under construction. Portland launched on Feb. 13 and will be christened on May 21. Ingalls has received more than $300 million in advance procurement funding for the 12th ship in the class, Fort Lauderdale (LPD 28). 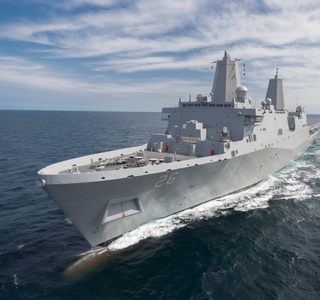