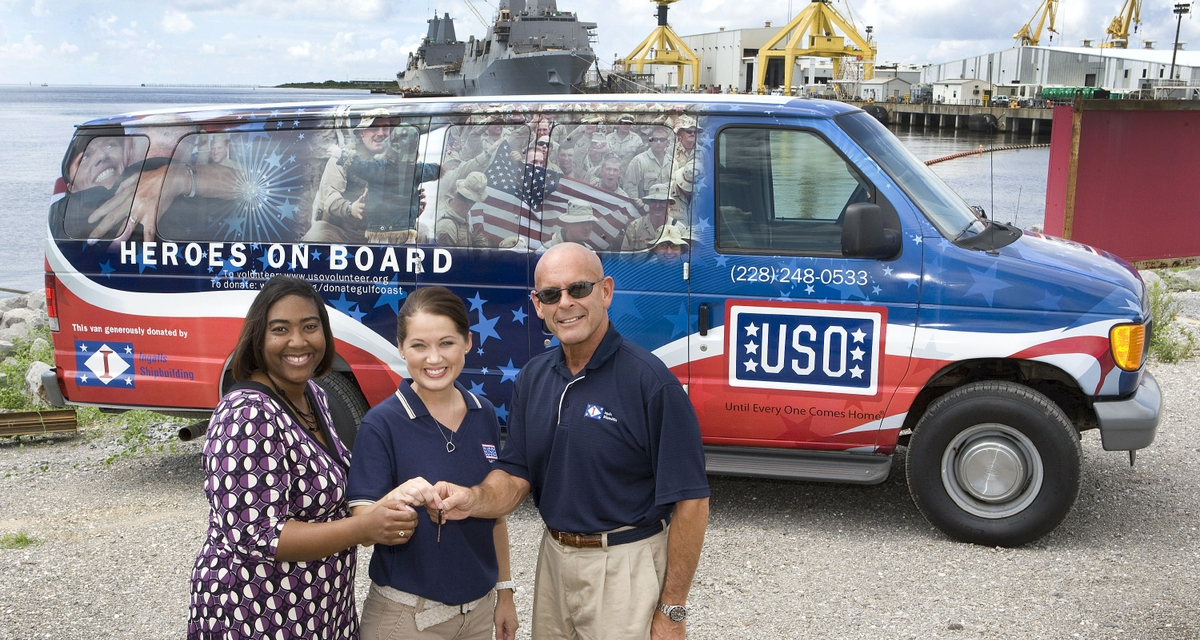 PASCAGOULA, Miss., Aug. 4, 2011 (GLOBE NEWSWIRE) -- Huntington Ingalls Industries' (NYSE:HII) Ingalls Shipbuilding division today donated a van to the Mississippi Gulf Coast USO. The van will be used to support the constant movement and activity of the USO lounges in Gulfport and other USO functions along the Gulf Coast and within Mississippi.

"Donating this van is just one of the many ways Ingalls Shipbuilding supports our military and their families," said Ingalls Shipbuilding President Irwin F. Edenzon. "Just as our shipbuilders need the right tools to build great ships for our Navy and Coast Guard customers, the USO needs the right tools to do their job as well. This van will help the USO accomplish its important mission: to support the brave men and women who protect our freedom and the loved ones who wait patiently for their safe return."

Ingalls Shipbuilding donated the van and helped with the costs of painting the vehicle in a patriotic manner.

"Ingalls has outdone themselves with their donation of the van to USO Gulf Coast," said USO Gulf Coast Director Deanna Attaway. "Without generous donors and volunteers, support of the troops would be impossible. Ingalls has yet again shown the troops they stand firm in their support of our service men and women and will continue to support them through the USO—until every one comes home!"

The USO is a private, non-profit organization, not a government agency. We rely on the generosity of our volunteers and donors. In addition to individual donors and other corporate sponsors, the USO is supported by Worldwide Strategic Partners: American Airlines, AT&T Inc., BAE Systems, The Boeing Company, Clear Channel Communications, The Coca-Cola Company, Lockheed Martin, Microsoft Corporation, Northrop Grumman Corporation, Procter & Gamble and TriWest Healthcare Alliance. We are also supported through the United Way and Combined Federal Campaign (CFC-11381). To join us in this patriotic mission and to learn more about the USO, please visit www.uso.org. 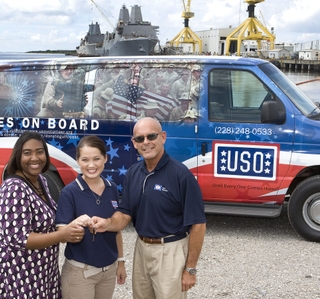