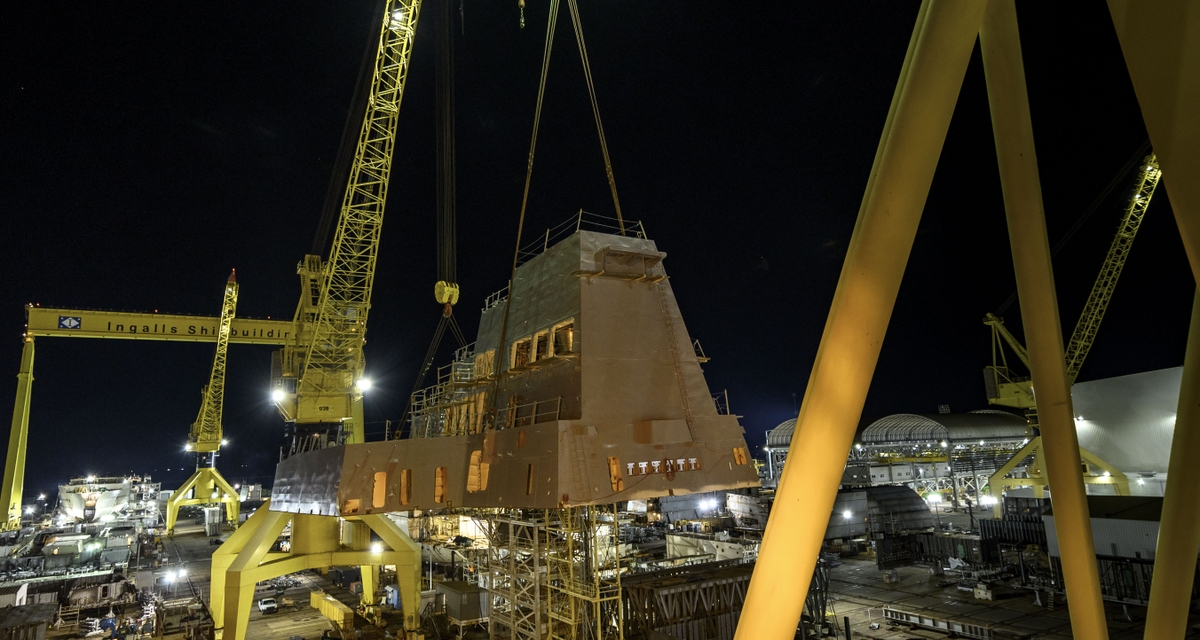 “Our team has kept this first Flight III ship ahead of schedule by working collaboratively and using lessons learned from our long history of building destroyers,” said Ben Barnett, Ingalls DDG 125 program manager. “Our entire shipbuilding team has worked tirelessly to ensure that all of our efforts have been aligned to implement all Flight III changes successfully on this ship. With this lift, we are one step closer to delivering the U.S. Navy the most technologically advanced destroyer in the fleet.” 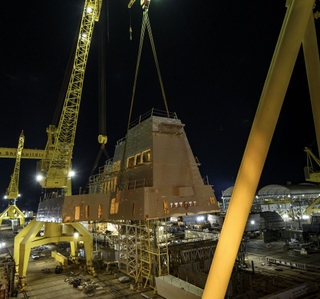 DDG 125 is the fifth of five Arleigh Burke-class destroyers HII was awarded in June 2013 and is the first Flight III ship, which adds enhanced radar capability and other technological upgrades. The five-ship contract, part of a multi-year procurement in the DDG 51 program, allows Ingalls to build ships more efficiently by buying bulk material and moving the skilled workforce from ship-to-ship.

The ship is named for Jack. H Lucas, a longtime resident of Hattiesburg, Mississippi, who was the youngest Marine and the youngest service member in World War II to receive the Medal of Honor. DDG 125 is co-sponsored by Ruby Lucas, widow of the ship’s namesake.