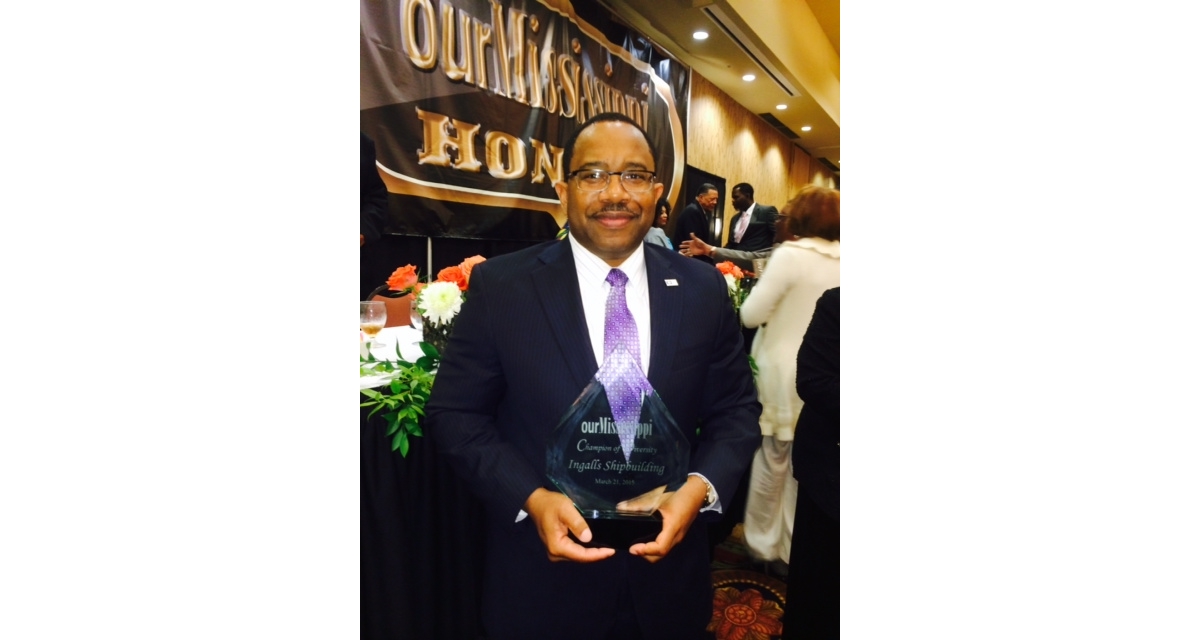 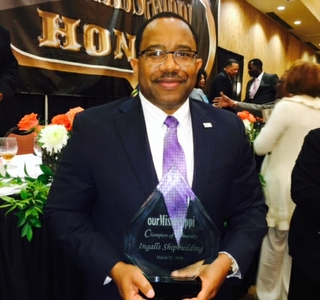 Edmond Hughes, Ingalls Shipbuilding’s vice president of human resources and administration, accepted the diversity and inclusion award on behalf of the shipyard at the Our Mississippi Honors Gala on March 21. Photo by Amanda Vallejo/HII