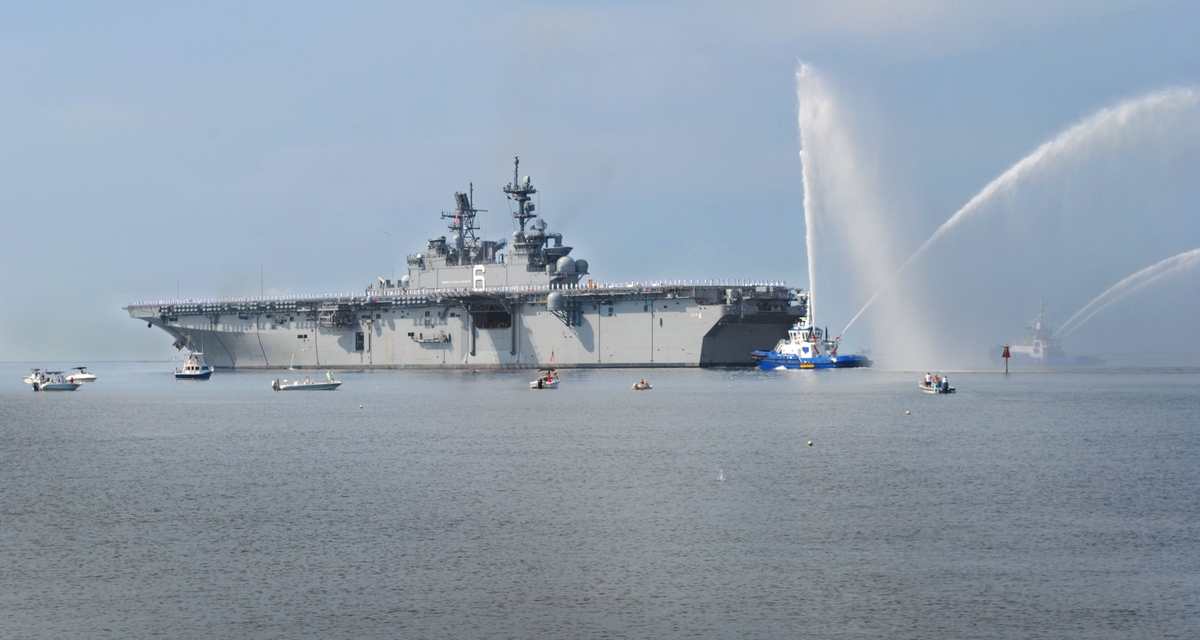 "Today I share the pride of thousands of Ingalls shipbuilders who have worked tirelessly in constructing this magnificent large-deck amphibious warship," said Ingalls Shipbuilding President Brian Cuccias. "While watching America sail away from our shipyard, we know our sailors and Marines have another battle-ready asset with which to perform their missions. We've built amphibious warships at Ingalls for nearly 50 years, and we look forward to continuing to build them for years to come." 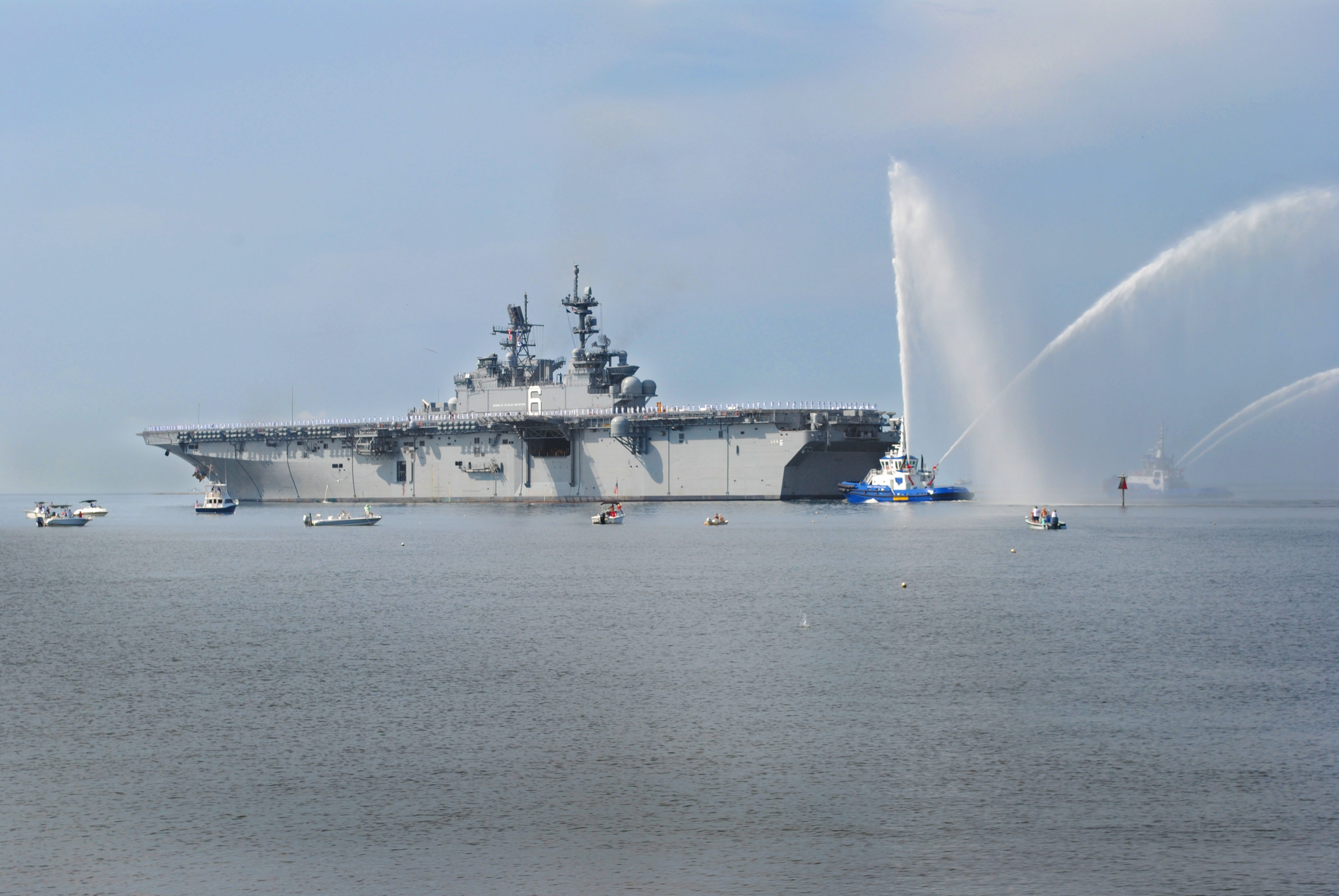 America is the first ship in the U.S. Navy's new class of amphibious assault ships. The ship is 844 feet long and 106 feet wide and displaces 44,971 long tons. Its fuel-efficient gas turbine propulsion system can drive the ship in excess of 20 knots. America was delivered to the U.S. Navy on April 10.

"The crew and I have been looking forward to this day for quite a while," said Capt. Robert A. Hall Jr., America's commanding officer. "The sailors and Marines serving aboard America have been training hard and working hard to ensure the ship is ready to get underway, and their efforts are now paying off. We'll definitely miss the Gulf Coast communities and the outstanding Southern hospitality we've been shown since arriving, but we're looking forward to getting underway, sailing back to our families in San Diego and to joining the fleet."

America is designed for survivability with increased aviation capacity, including an enlarged hangar deck, realignment and expansion of the aviation maintenance facilities, a significant increase in available stowage for parts and support equipment, and increased aviation fuel capacity. Similar to its predecessors, the ship will be able to operate as the flagship for an expeditionary strike group. Prior to America, Ingalls built five Tarawa-class (LHA 1) ships and eight Wasp-class (LHD 1) ships. 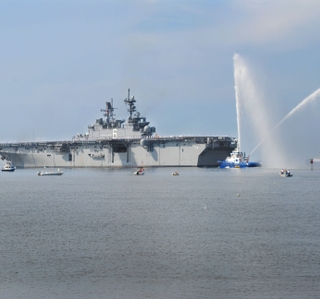 Tugboats offer a salute to the amphibious assault ship America (LHA 6) as it sails away from Ingalls Shipbuilding, on Friday, July 11, 2014. Photo by Shane Scara/HII