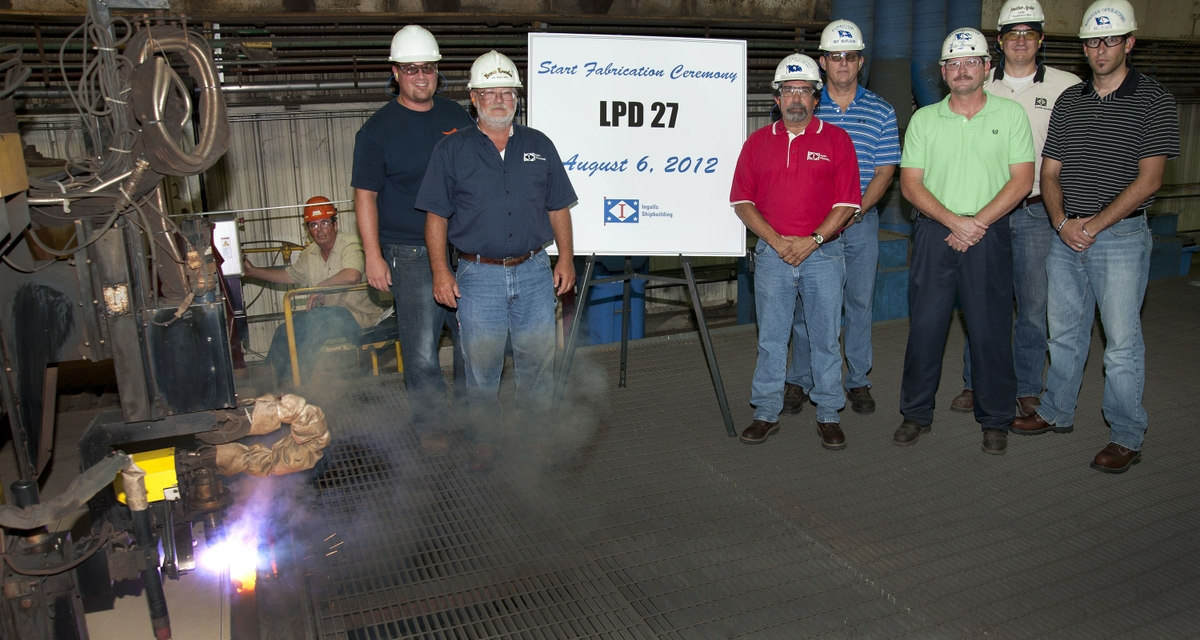 "This is the 11th LPD in what has become a hot production line," said Doug Lounsberry, Ingalls' vice president, LPD program. "Lessons learned and production improvements from all the previous LPDs have been incorporated into LPD 26 and are being rolled over into LPD 27. We've got excellent shipbuilders working on these ships, and their encouragement and attention to detail continue to produce top-quality products for our sailors and Marines."

On July 27 Ingalls was awarded a $1.5 billion contract to build LPD 27. The start of fabrication milestone marks the first 100 tons of steel being cut for units on the LPD 27. The next major event is keel laying, currently scheduled for second quarter of 2013, and delivery of LPD 27 is scheduled for mid-2017. Six of LPD 27's sister ships, LPDs 17-22, have been delivered to the Navy while LPDs 23-26 are in various stages of construction. Somerset (LPD 25) was recently christened at Avondale.

Ingalls is building the entire San Antonio class of ships, the newest addition to the Navy's 21st century amphibious assault force. LPDs are built to be survivable and flexible. The complex, survivable ships enable the services to carry out their missions without constraints or additional assets.

The LPD 17-class ships are 684 feet long and 105 feet wide and displace approximately 25,000 tons. Their principal mission is to deploy the combat and support elements of Marine Expeditionary Units and Brigades. The ships can carry up to 800 troops and have the capability of transporting and debarking air cushion (LCAC) or conventional landing crafts, augmented by helicopters or vertical take-off and landing aircraft such as the MV-22. The ships will support amphibious assault, special operations or expeditionary warfare missions through the first half of the 21st century.

The 11 ships of the LPD 17 class are a key element of the Navy's ability to project power ashore. Collectively, they functionally replace more than 41 ships (the LPD 4, LSD 36, LKA 113 and LST 1179 classes of amphibious ships), providing the Navy and Marine Corps with modern, sea-based platforms that are networked, survivable and built to operate with 21st century platforms, such as the MV-22 Osprey. 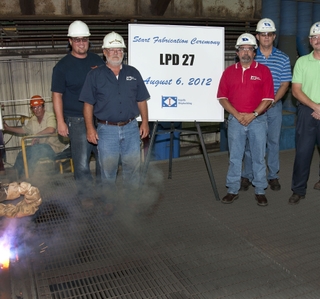