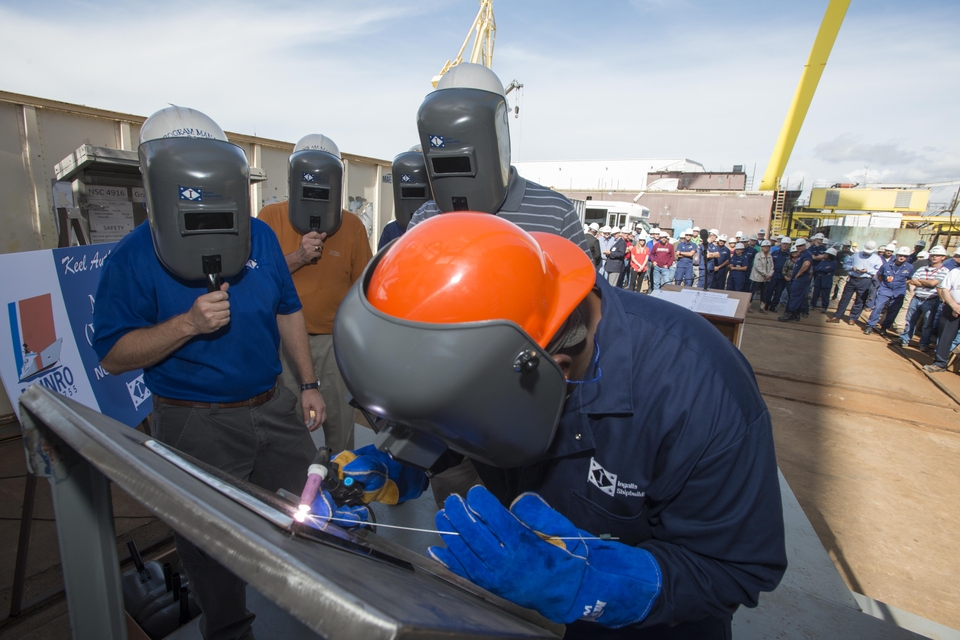 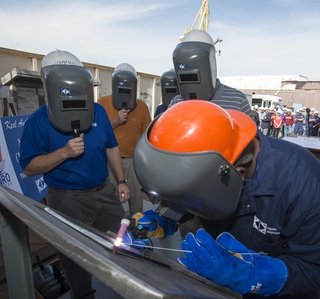 Roderick P. Funches, a structural welder at Ingalls Shipbuilding, welds the initials of Julie Sheehan on a ceremonial keel plate that will be welded to WMSL 755, the National Security Cutter named in honor of her great uncle, Douglas A. Munro. Photo by Andrew Young/HII