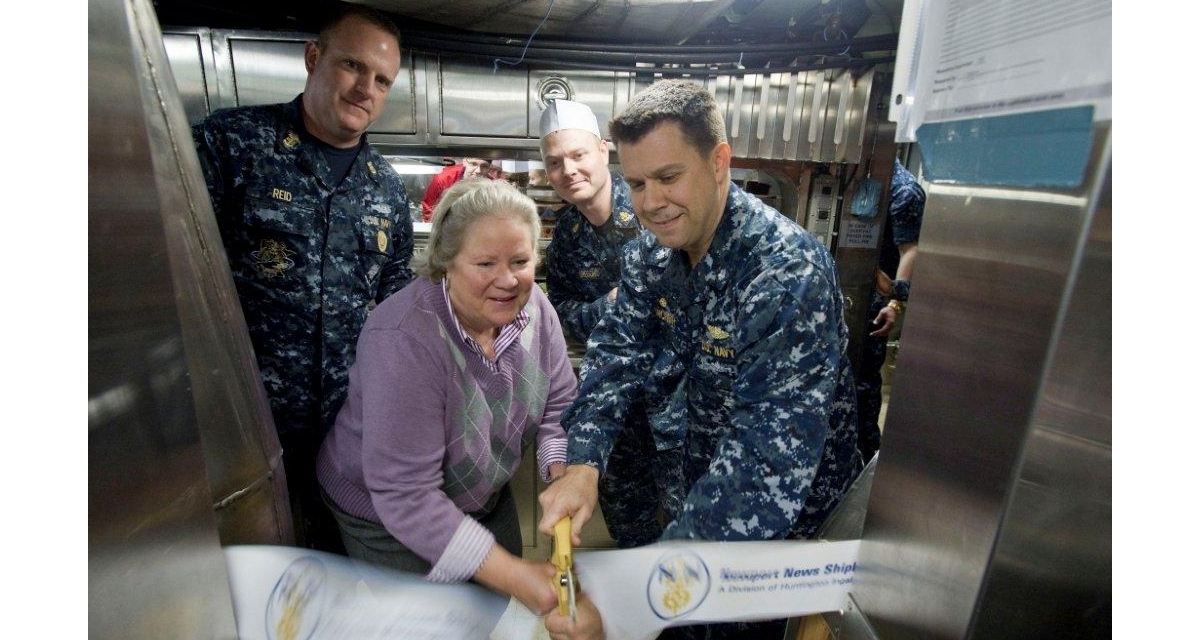 NEWPORT NEWS, Va., March 14, 2013 (GLOBE NEWSWIRE) -- Huntington Ingalls Industries (NYSE:HII) welcomed the crew of the newest Virginia-class submarine, Minnesota (SSN 783), today as it moved aboard and enjoyed its first meal in the ship's galley. Sharing in the celebration were Ellen Roughead, the ship's sponsor, and her husband, former Chief of Naval Operations Adm. Gary Roughead, who dined together with about 120 crew members in the ship's crew's mess.

The submarine is in the final stages of construction and testing at HII's Newport News Shipbuilding (NNS) division, but today was all about the preparation of prime rib, shrimp scampi, rosemary roasted potatoes and Black Forest cake, to name just a few of the menu items prepared.

"I would go anywhere for this crew," Ellen Roughead said. "They are terrific, and it's fun to see all of the progress that has been made—and its enormous progress. It's also my first time aboard."

Minnesota, the last of the block II Virginia-class submarines, is more than 96 percent complete and is on track to deliver in late spring. Construction began in February 2008, and Minnesota was christened on Oct. 27, 2012. The submarine's next significant construction milestone is initial sea trials, an aggressive series of operational tests that demonstrate the submarine's capabilities.

"This is an exciting step forward in bringing life to Minnesota," said NNS Vice President of Submarines and Fleet Support Jim Hughes. "While there is work yet to be done, we look forward to working even more closely with the crew as they continue to take ownership of this magnificent vessel." 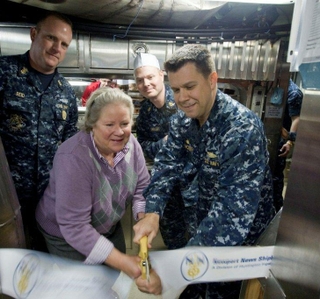 Ellen Roughead, sponsor of the submarine Minnesota (SSN 783), and Cmdr. John Fancher, the ship's commanding officer, cut a ribbon to officially open the galley and celebrate the crew's first meal aboard the ship. Also pictured are Chief of the Boat Randy Reid (left) and Chief Culinary Specialist Vincent Gregonis.