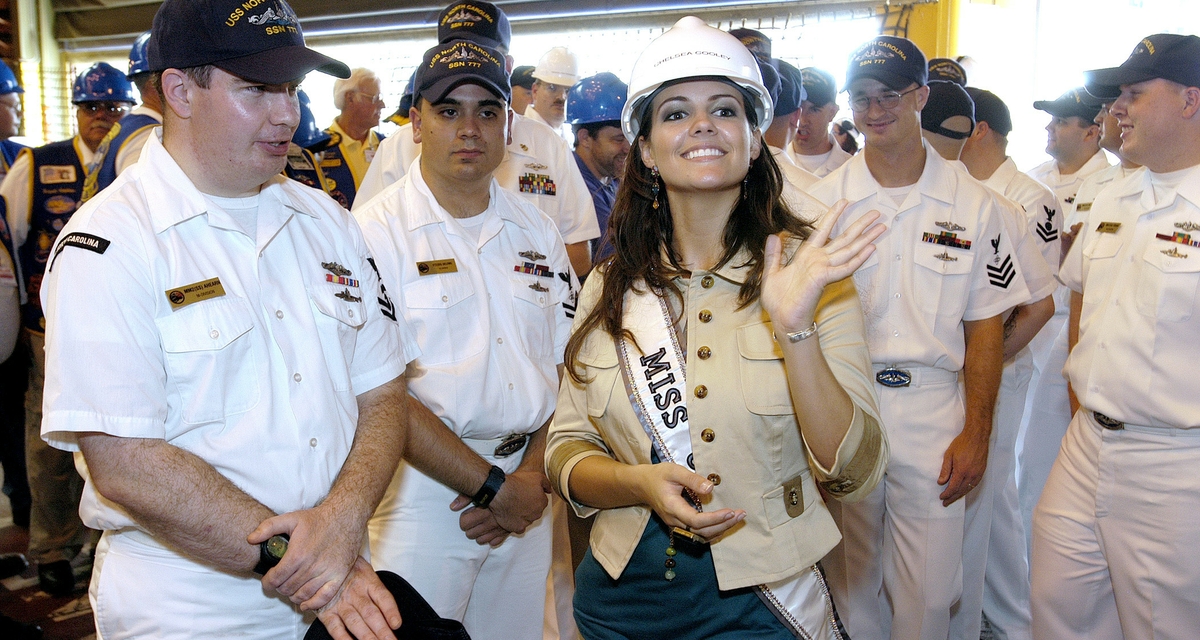 A video accompanying this release can be found at: http://www.nn.northropgrumman.com/media/video/m051071_384k.wmv

Cooley is the first woman from North Carolina to be named Miss USA in 54 years. During her visit to the shipyard, she also went aboard the submarine Texas (SSN 775) and met with sailors from the North Carolina's pre-commissioning unit and shipbuilders and submarine veterans from the state of North Carolina.

"It was so amazing having the opportunity to experience something like this," Cooley said. "I had never seen a submarine before, much less been able to take a tour of one. It was also an added bonus to be in such wonderful company of sailors, veterans and North Carolinians."

As Miss USA 2005, Cooley will spend the next year championing the official causes of MISS USA(R), which include breast and ovarian cancer education, research and legislation. She will travel nationwide as an advocate for organizations such as the Ovarian Cancer Research Fund, the National Breast Cancer Coalition, Susan G. Komen Breast Cancer Foundation and Gilda's Club, among others. The Miss Universe Organization, producers of the MISS UNIVERSE(R), MISS USA(R) and MISS TEEN USA(R) Pageants, is a Donald J. Trump and National Broadcasting Company, Inc. partnership. 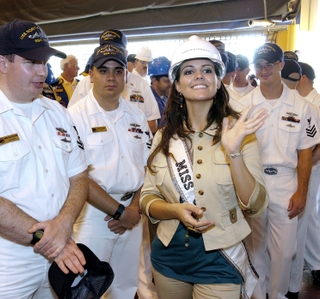