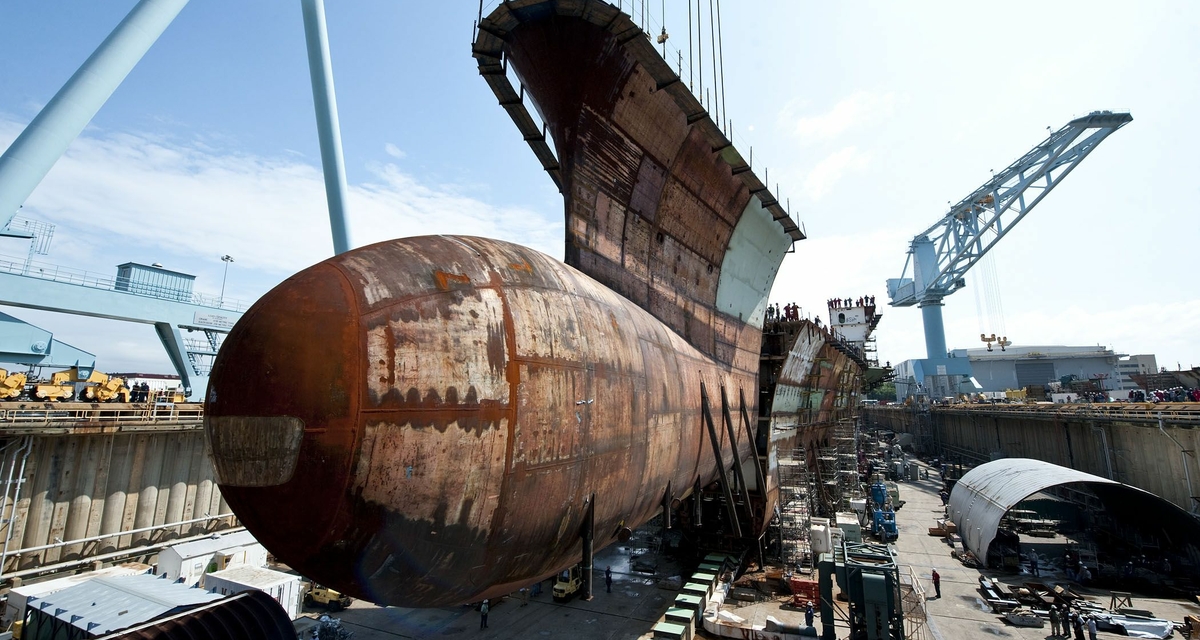 NEWPORT NEWS, Va., May 24, 2012 (GLOBE NEWSWIRE) -- Huntington Ingalls Industries (NYSE:HII) announced today that its Newport News Shipbuilding (NNS) division reached a construction milestone by lowering the final keel section of the nuclear-powered aircraft carrier Gerald R. Ford (CVN 78) into place. Local media were invited to NNS to watch as the 680-metric-ton lower bow unit was joined to the other keel sections in the dry dock.

"The lower bow is a distinctive component of an aircraft carrier," said Rolf Bartschi, NNS' vice president of CVN 78 carrier construction. "Its sheer size is indicative of the massive undertaking of this project and the incredible work ethic of the shipbuilders bringing Ford to life. I congratulate the team on yet another major construction milestone."

Gerald R. Ford is being built using modular construction, a process where smaller sections of the ship are welded together to form large structural units, outfitting is installed, and the large unit is lifted into the dry dock. Of the nearly 500 total structural lifts needed to complete the ship, 390 have been accomplished.

Comprising six steel sections, the lower bow is more than 60 feet tall and is one of the heaviest superlifts to be placed on the ship. Construction of the lower bow superlift, the last major section of the ship below the waterline, began last year.

Gerald R. Ford represents the next-generation class of aircraft carriers. The first-in-class ship features a new nuclear power plant, a redesigned island, electromagnetic catapults, improved weapons movement, an enhanced flight deck capable of increased aircraft sortie rates, and growth margin for future technologies and reduced manning. The keel for Ford was laid in November 2009. The ship is on track to meet its scheduled launch in 2013 and delivery to the U.S. Navy in 2015. 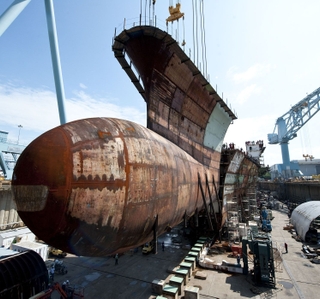 The 680-metric ton lower bow unit was joined to the other keel sections that comprise the aircraft carrier Gerald R. Ford (CVN 78) today. It is one of the heaviest superlifts to be placed on the ship. Photo by Ricky Thompson