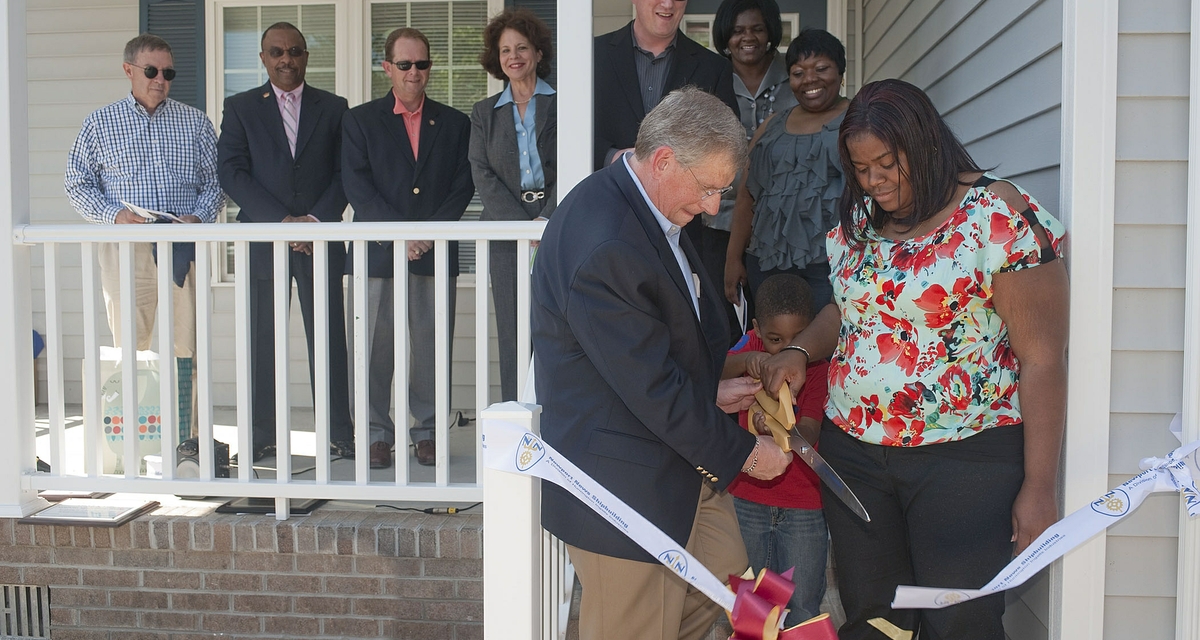 NEWPORT NEWS, Va., May 10, 2012 (GLOBE NEWSWIRE) -- Huntington Ingalls Industries (NYSE:HII) announced today that its Newport News Shipbuilding (NNS) division turned over keys to the 10th Habitat for Humanity home the shipyard has constructed in partnership with Habitat for Humanity Peninsula and Greater Williamsburg. Since 2002, NNS has partnered with the organization to build homes for families in the community.

A photo accompanying this release is available at http://media.globenewswire.com/hii/mediagallery.html?pkgid=12830

The keys were presented to the Polynice family May 8 during a dedication event held at the home on 29th Street in Newport News. NNS President Matt Mulherin and other shipyard leadership joined Newport News Mayor McKinley Price, Habitat for Humanity Board of Directors President Alexis Swann and other city and business leaders to welcome the Polynice family to their new home.

"Newport News Shipbuilding has been doing this in partnership with Habitat and the United Steel Workers for some time now, and it's a great endeavor where we give back to the community," Mulherin said. "While we build aircraft carriers and submarines, this is an important piece of what we build as well, and we wish you all the best."

Volunteers from across the shipyard donated their Saturday mornings and early afternoons to construct the ranch-style house. At about 1,300 square feet, the house has three bedrooms and two bathrooms.

Hampton native Mya Polynice said her children, 4-year-old Jaden and 20-month-old Jacoby, are especially excited about their bedrooms, which are already decorated in Spider Man and Thomas the Tank Engine themes. "This has been a true blessing for my family," she said. "My boys are excited to get in here and break this house in." 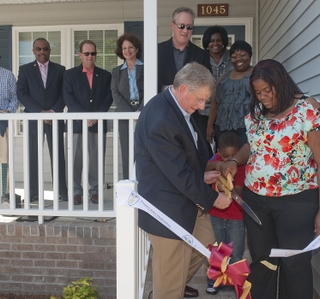