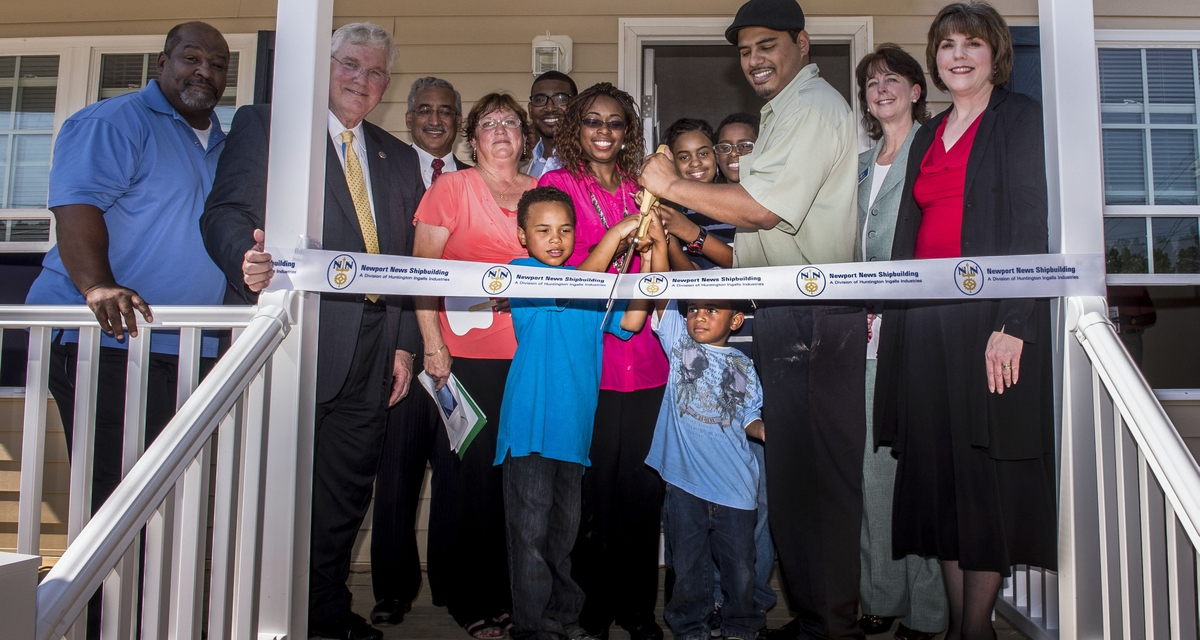 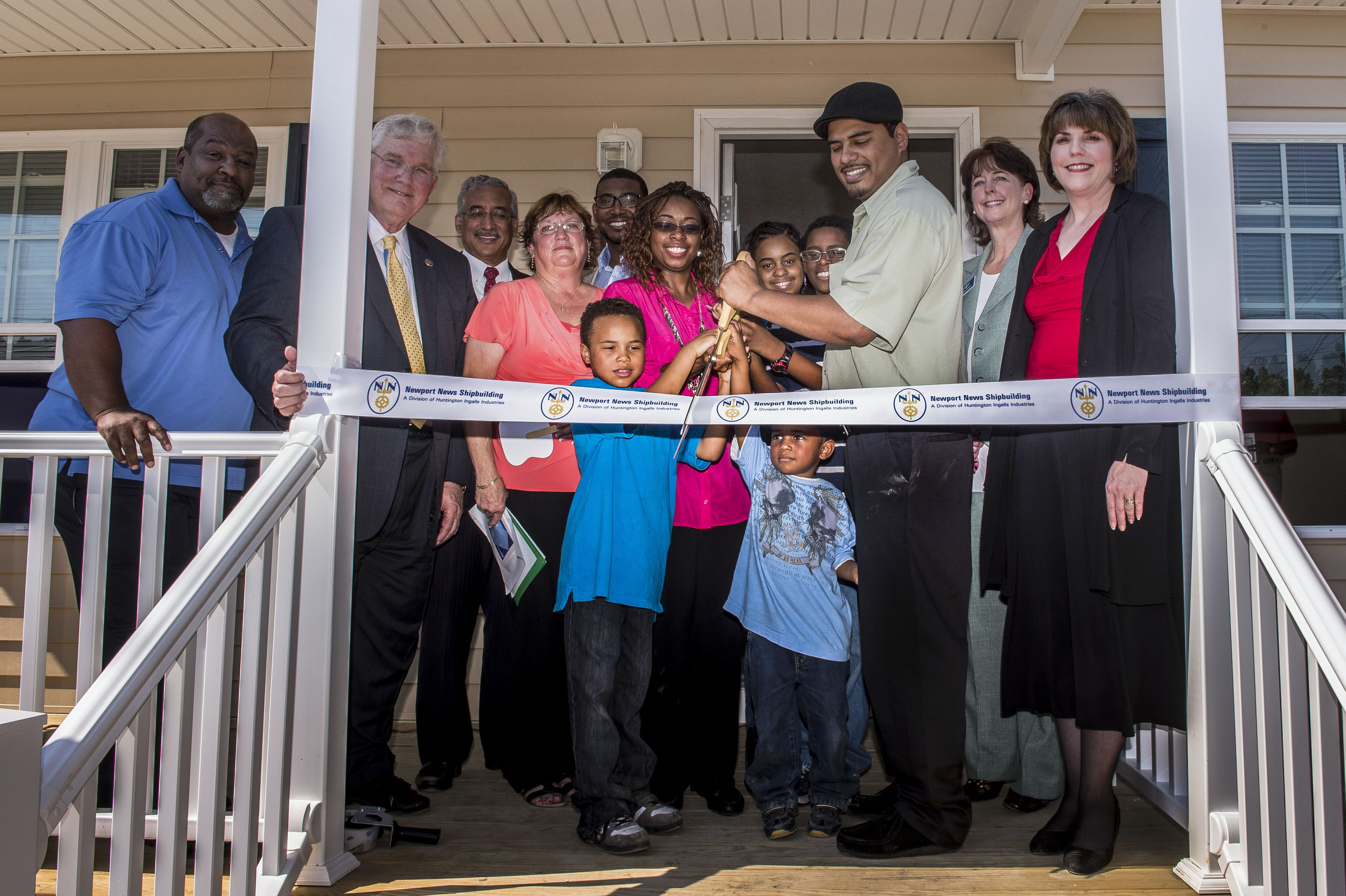 Carolyn Pittman, Newport News Shipbuilding's vice president and chief financial officer, spoke on behalf of the shipyard. "This is such a rewarding experience because it benefits the community, it benefits a family, and it is really helping to rebuild the community that is so vital to the continuation of our business at Newport News Shipbuilding," she said. "It's a great partnership."

Turning over the keys to the new homeowners is always the highlight of the event, said Brian Stockunas, business manager for submarine fleet support and submarine engineering at the shipyard. Stockunas has volunteered his time to assist Habitat for Humanity for 10 years.

"Building a Habitat for Humanity home is a lot like building a ship," he said. "It takes many skilled individuals, working together with a common goal," he said. "The phases and execution are similar with many support groups chipping in along the way, all intertwined with a lot of communication and coordination. Much like a ship, the house doesn't really come alive until we hand it over to the owner."

Homeowners Jeremiah and Crystal Lamberty are enjoying the excitement the new home has brought to their four children, who showed off the paint colors they chose for their bedrooms. Crystal admitted she couldn't wait to start decorating the rest of the 1,400-square-foot house that boasts three bedrooms and two bathrooms.

"It's a dream come true, really," Jeremiah said. "It's something God intended for us."

Habitat for Humanity partners with area families, local government, businesses, faith groups, schools, associations and individual volunteers and donors to build safe, decent affordable homes and also to repair homes for lower-income families. More than 50 shipyard volunteers donate their time on each Habitat for Humanity project. Newport News Shipbuilding has worked with the organization to build homes for families in the community since 2002. 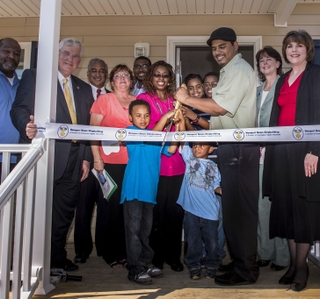 Elected officials and business and community leaders joined representatives from Newport News Shipbuilding and Habitat for Humanity Peninsula and Greater Williamsburg Tuesday to welcome the Lamberty family to its new home. The house is the 12th that shipyard volunteers have constructed in partnership with Habitat for Humanity. Photo by John Whalen/HII