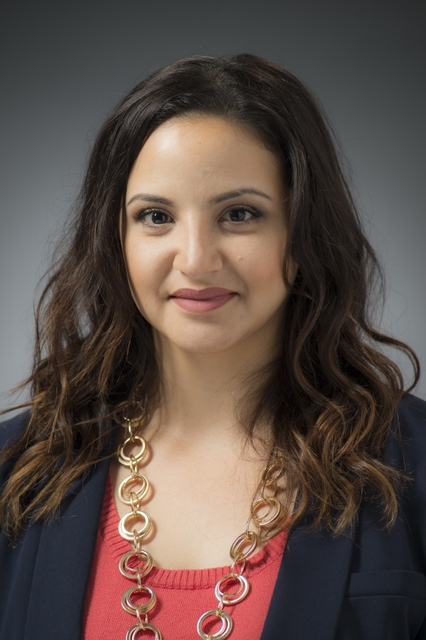 The SHPE Star of Today award recognizes mid-level engineers who have demonstrated outstanding technical excellence and act as role models with a commitment to mentoring and community service.

Hamburg joined Newport News in 2009 and is currently a member of the company’s augmented reality team. Prior to this role, she performed radiological emergency planning support for the aircraft carrier USS George Washington (CVN 73) in Yokosuka, Japan, and was a member of the test engineering department, responsible for integrating systems on the aircraft carrier Gerald R. Ford (CVN 78). Hamburg has a bachelor’s degree in mathematics from New Mexico State University and is pursuing a master’s degree in engineering management from the George Washington University.

“Lauren has made many noteworthy accomplishments in her career so far and is a truly outstanding engineer,” said Patrick Ryan, an engineering manager at Newport News. “She has demonstrated the leadership, intelligence and integrity to accomplish anything, but what sets her apart to me is her enthusiasm. Her energy spills over into everyone she works with and everything she works on, whether it is a meticulous engineering study, leading a team to accomplish something never before done, or working with students on their dreams. When I think of what a Star of Today must be, I can think of nobody that shines as brightly as Lauren, and I congratulate her on this deserving award.”

Huntington Ingalls Industries is America’s largest military shipbuilding company and a provider of manufacturing, engineering and management services to the nuclear energy, oil and gas markets. For more than a century, HII's Newport News and Ingalls shipbuilding divisions in Virginia and Mississippi have built more ships in more ship classes than any other U.S. naval shipbuilder. Headquartered in Newport News, Virginia, HII employs approximately 37,000 people operating both domestically and internationally. For more information, visit: