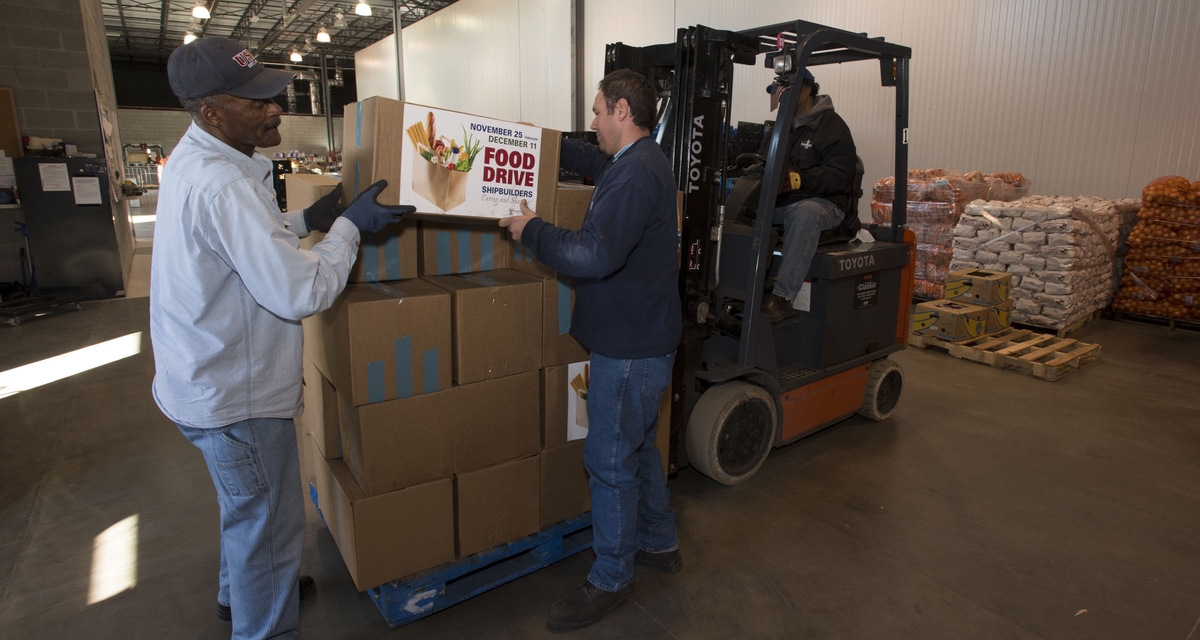 Shipbuilders donated nearly 20,000 school supplies to benefit an estimated 1,000 area students, contributed $ 2 million to the United Way of the Virginia Peninsula, and recently delivered more than 20 metric tons of non-perishable food—5 tons heavier than an anchor on the aircraft carrier Gerald R. Ford (CVN 78)—to the Virginia Peninsula Foodbank.

“Heavy lifting is what we do at Newport News Shipbuilding, and our community relations efforts are no exception,” said Chavis Harris, NNS’ director, ethics, EEO and corporate citizenship. “We are thankful for our employees’ extraordinary giving spirit and the many opportunities we have to give back to the community. We hope our efforts will go a long way toward supporting a host of families across the Hampton Roads region.”

NNS shipbuilders donated everything from pencils and ball-point pens to erasers and paper for the shipyard’s annual “School Tools” campaign. The supplies were sorted and delivered in September to area departments of social services, Newport News Public Schools Administration and the Boys & Girls Clubs of the Virginia Peninsula.

The United Way donation represents a combined contribution from the HII corporate office and its participating employees, as well as donations made by NNS and its participating employees. Organizations that benefit from the campaign include health and human service agencies across the region that address everything from hunger and homelessness to affordable childcare and services for the elderly.

More than half of the 20 tons of food donated to the Virginia Peninsula Foodbank came from one shipyard building comprising shipbuilders from the nuclear propulsion division. NNS nuclear engineer Bill McLaughlin helped to spearhead the effort.

“I like that this event straddles two holidays—taking us through one that reminds us to be thankful and leading us to one dedicated to the spirit of giving,” McLaughlin said. “We have a committed group of people who generously share their good fortune.”

In addition to the food donations, shipbuilders collected $11,000 for the foodbank.

“We can’t thank Newport News Shipbuilding enough for providing hope with food and money,” said Loretta Jones-Knauth, chief philanthropy officer for the Virginia Peninsula Foodbank. “More than 20 tons of food will stock the bare shelves at the Foodbank. The need is so great, and this single donation will make a huge impact in helping our neighbors in need this holiday season.” 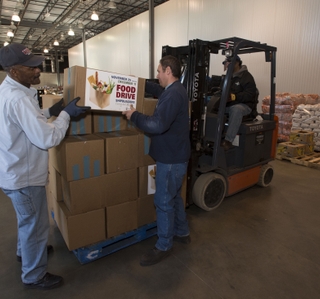