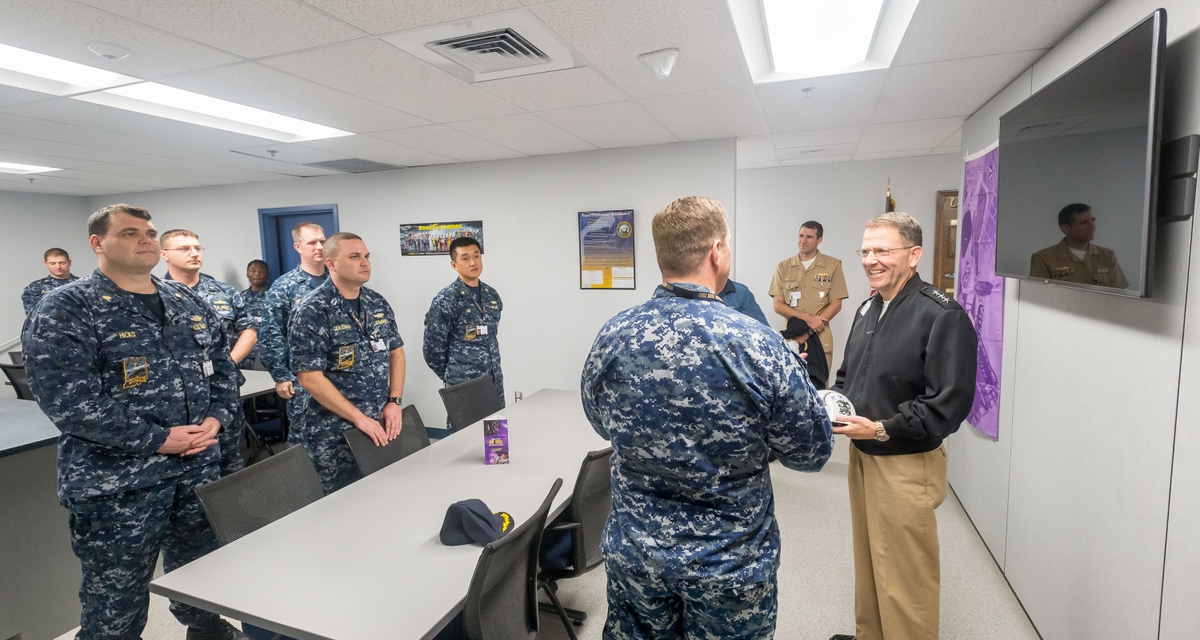 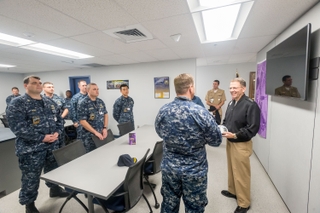 The facility is collocated with Newport News’ submarine final outfitting and assembly facilities, thereby increasing the crews’ ability to access and train with the ship systems during the final stages of construction.

To provide convenient offices and training space, the building’s second floor provides separate sections for the three PCU crews that are on-site in an overlapping manner as a result of the two-per-year VCS construction pace. In addition to office space, each section includes hospital corpsmen’s offices, classrooms, galleys and bunk rooms for male and female sailors. The first floor of the building houses office space and a calibration lab for Newport News and AMSEC employees from a number of departments, including facilities maintenance and dimension control.

“As we have ramped up the Virginia-class submarine program to a rate of two boats a year,” said Ken Mahler, Newport News’ vice president of Navy programs, “we recognized that we needed a state-of-the-art building capable of supporting submarine crews at this increased pace. This new facility is a great addition to the shipyard and to the submarine program. It provides for a very efficient work environment, and we’re confident it will continue to enhance our great teamwork with our teammate, the Navy crews of the Virginia-class program.”

Members of the crew from pre-commissioning unit Indiana (SSN 789) currently work in one of the PCU spaces.

“This facility is amazing and certainly needed and well-deserved,” said Vice Adm. Joseph Tofalo, commander of Submarine Forces, Submarine Forces Atlantic and Allied Submarine Command, who toured the facility. “It’s the manifestation of two-per-year, which is so important for this country. You come to this shipyard, it literally is where America’s maritime power comes to life.”

Huntington Ingalls Industries is America’s largest military shipbuilding company and a provider of manufacturing, engineering and management services to the nuclear energy, oil and gas markets. For more than a century, HII's Newport News and Ingalls shipbuilding divisions in Virginia and Mississippi have built more ships in more ship classes than any other U.S. naval shipbuilder. Headquartered in Newport News, Virginia, HII employs nearly 37,000 people operating both domestically and internationally. For more information, visit: 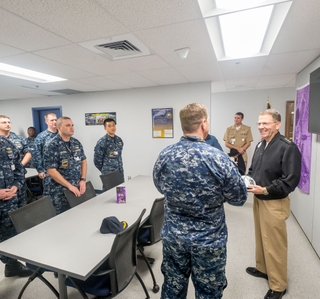