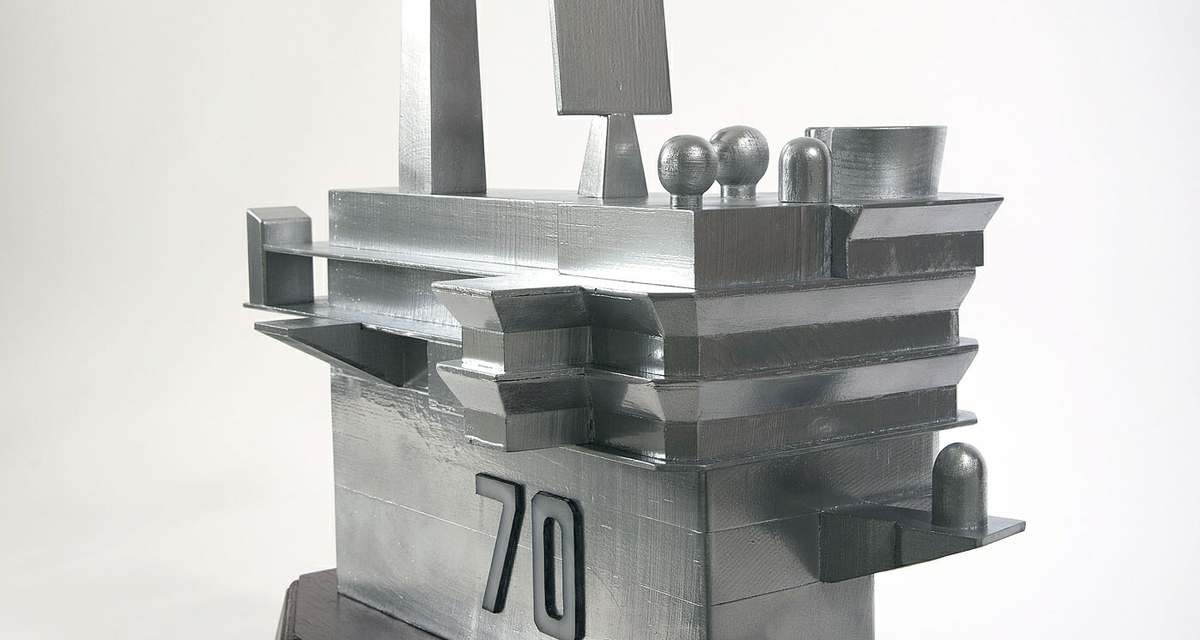 Michigan State University and the University of North Carolina will face off on Veterans Day on the flight deck of the Nimitz-class aircraft carrier USS Carl Vinson (CVN 70), docked at Naval Base Coronado in San Diego. NNS built USS Carl Vinson and delivered it to the Navy in February 1982.

NNS' participation in building the trophy was announced and a trophy mock-up was unveiled during a press luncheon this morning at the New York Athletic Club.

"It is fitting that Newport News Shipbuilding will participate in this Veterans Day basketball event by building the winning trophy," said NNS President Matt Mulherin. "Many of the materials and processes used to construct the trophy are the same materials and processes we used to build Vinson and other aircraft carriers that comprise the U.S. Navy's fleet. We are proud of the role we play in the protection of our military and our country, and we look forward to presenting the winning team with a trophy built with the same level of pride and patriotism that goes into America's warships."

The trophy will be made of pewter and is inspired by the Nimitz-class carriers' island, radars and mast structure. NNS shipbuilders obtained 3D models used in the overhaul of Nimitz-class carriers and scaled them down to create a pattern of the island. The pattern will be hand-crafted from wood and used to create a sand mold. Pewter will be melted and poured into the mold to form a cast replica of the island pattern. The trophy will be about 29 inches tall and weigh about 65 pounds.

"It's wonderful that Newport News Shipbuilding, a shipyard that has had such a long and successful association with the United States Navy, has come aboard as a sponsor of the 2011 Quicken Loans Carrier Classic," said Mike Whalen, director of the Morale Entertainment Foundation, Inc. "The trophy Newport News has designed for the Classic is very unique and honors our armed forces, much like the event itself." 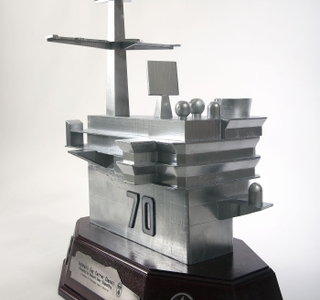