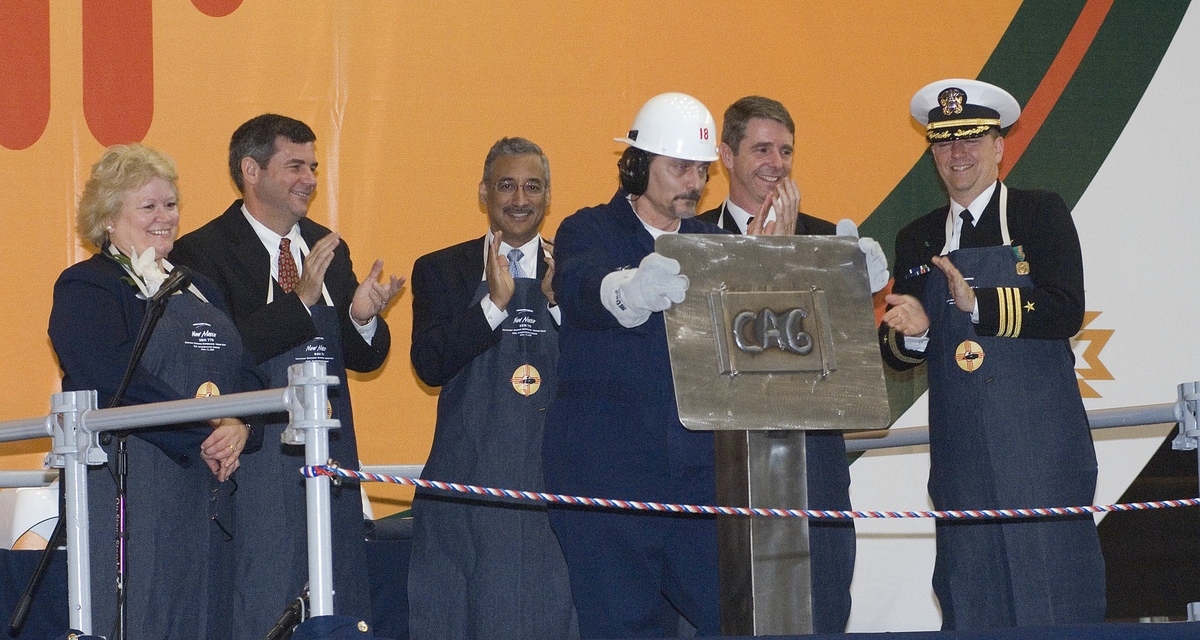 "The keel of a ship is its physical foundation. Yet the real foundation -- the spiritual foundation, if you will -- is laid by the men and women who take the raw material and craft it into a fighting warship," said Mike Petters, corporate vice president and president of Northrop Grumman Shipbuilding. "It's the shipbuilders who breathe life into the ship. With New Mexico -- these shipbuilders are men and women from Northrop Grumman Shipbuilding here at Newport News and General Dynamics Electric Boat -- two companies teamed together to provide the most quality-driven and efficient product to the Navy."

"When this shipyard first opened, the number one priority was to build the best and most advanced ships in the world," said Scott. "Collis P. Huntington would be pleased to see the shipyard he founded over 120 years ago, not only still building ships but the best ships in the world."

Mrs. Giambastiani recognized New Mexico's crew and shipbuilders during the ceremony. "The men and women who build America's submarines build them as if they were going to sail them -- as if their children were going to be aboard them. Because like the officers and crew who sail submarines, it takes a very defined set of skills to build them."

New Mexico, the sixth ship of the Virginia class, is named for "The Land of Enchantment." It will be christened later this year, and upon delivery to the Navy in 2009, will be the most modern and sophisticated attack submarine in the world, providing undersea supremacy well into the 21st century. Northrop Grumman Shipbuilding is teamed with General Dynamics Electric Boat to build the first 10 ships of the Virginia class. 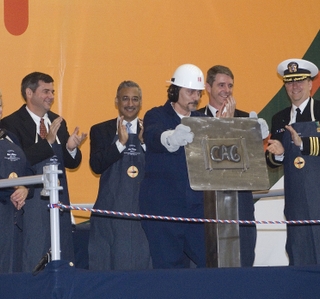