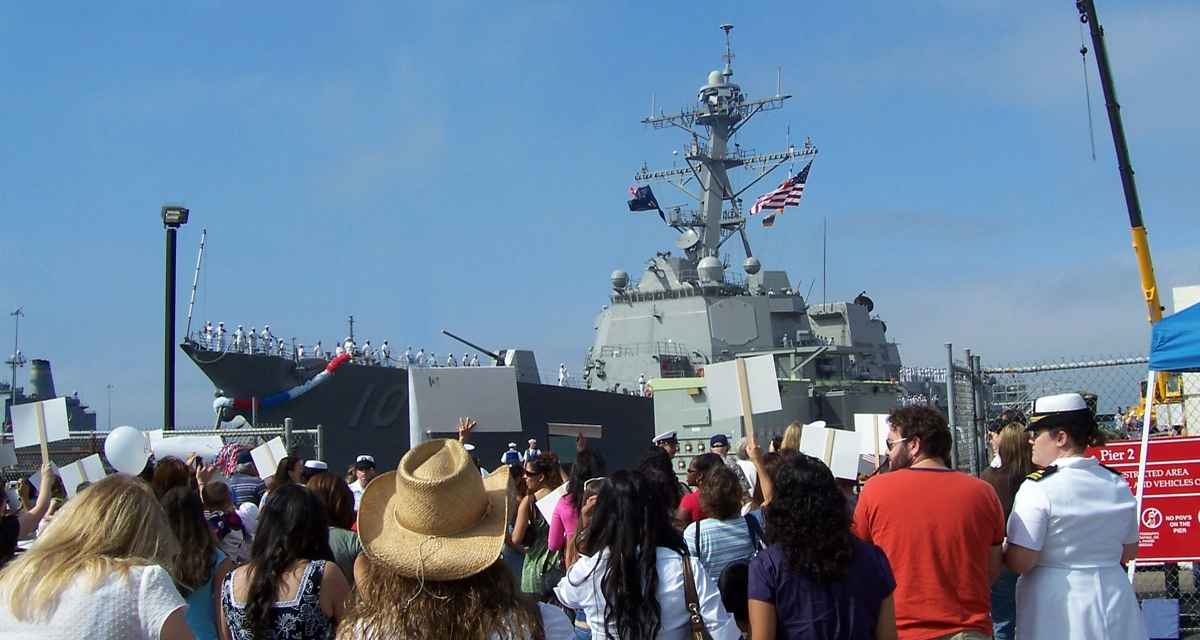 The ship, commissioned last month in Galveston, Texas, is the 24th Aegis guided missile destroyer built by the company's Ship Systems sector in Pascagoula, Miss. She is a survivor of Hurricane Katrina and has received many accolades from industry and Navy officials since her return from a damaged hull during the nation's worst natural disaster.

During Hurricane Katrina, Northrop Grumman employees fought bravely to defend DDG 100 against the onslaught of water to keep her afloat. The ship was saved, but flooding made a complete refurbishment of the affected compartments necessary. The ship was restored, and following her super trials in the Gulf of Mexico last fall, the U.S. Navy offered great reviews and acknowledged the ship performed well.

"Thank you to all the Northrop Grumman employees who put their hearts and souls into building DDG 100," said Capt. Beth Dexter, Supervisor of Shipbuilding Gulf Coast. "She performed flawlessly on trials and is the finest ship I've seen in my career. Well done and keep charging."

"Northrop Grumman and the Navy have come together to bring an outstanding warship to trials," said Cmdr. Phil Dawson, Program Manager Representative Officer for Aegis Programs. "DDG 100 performed fantastically, and it is a testament to the shipbuilders, sailors, civilian workers and contractors who overcame Katrina and got back to basics. Well done." 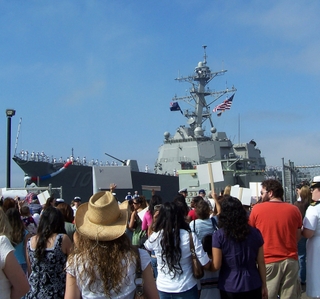 Onlookers welcome the Northrop Grumman-built USS Kidd (DDG 100) to Naval Station San Diego last Thursday. The ship received praise and accolades from the U.S. Navy after delivery despite many challenges during construction, including damage to the hull following Hurricane Katrina.