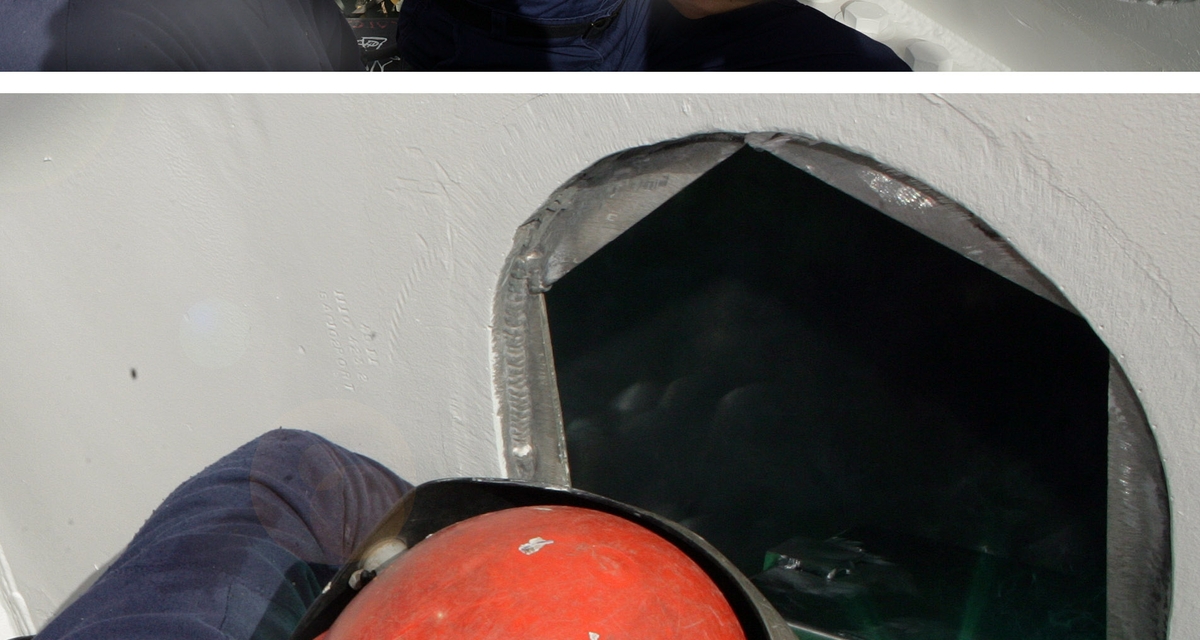 "Stepping the Mast" is an ancient custom of placing coins under the step or bottom of a ship's mast during construction that dates back to Greek mythology. It was thought that if the ship wrecked at sea, the coins would help the sailors pay the wages for their return home.

"Every event that we accomplish puts this ship one step closer to delivery and to putting this capable cutter in the hands of the men and women who execute the Coast Guard mission day-to-day," said Jamie Anton, vice president and general manager of U.S. Coast Guard programs for Northrop Grumman's Ship Systems sector.

Northrop Grumman and Coast Guard officials permanently affixed $7.50 in coins -- to represent the hull number of Bertholf -- under the mast. Each coin commemorated a significant date in the life of this ship and its namesake, Commodore Ellsworth Bertholf.

U.S. Coast Guard Capt. Patrick Stadt, prospective commanding officer of Bertholf, also took part in the ceremony. "The placing of the coins into the mast signifies that we are one step closer to bringing this great ship to life and placing it in service," he said. "As a representative of my entire crew, I'm proud to have played a small part in this ancient ceremony on this very modern ship, and we all look forward to sailing Bertholf very soon."

"I'm proud to participate in this symbolic milestone event," said U.S. Coast Guard Captain Bill Krewsky, supervisor of PMRO Gulf Coast. "The mementos welded into the mast serve as a lasting testament to Commandant Bertholf who paved the way for those who will sail this fine ship and conduct the missions of the United States Coast Guard."

"This is a particularly special day for Capt. Stadt and his crew," said Kevin Amis, program manager of National Security Cutter for Northrop Grumman. "With each milestone that passes, we are putting him and his crew closer to the day that they will take the helm of this ship and lead her through rough waters just as many U.S. Coast Guard crews before them."

In addition to the mast stepping ceremony, Northrop Grumman employees recently removed and re-installed a gas turbine engine that powers Bertholf to demonstrate that those activities could be accomplished within 48 hours.

In another milestone, the National Security Cutter team recently completed installation of the weapon system aboard Bertholf. The Phalanx Close-In Weapon System (CIWS), Block 1B, is a fast-reaction, rapid-fire 20mm gun system developed as a defense against small surface targets, slow-moving air targets, and helicopters at short range. CIWS has been a mainstay self-defense system aboard nearly every class of ship since the late 1970s. The system uses a 20 mm Gatling-type rotary cannon linked to a self-contained radar system with search, detection, threat evaluation, destruction, kill assessment and cease fire functions. The gun fires at a variable 4,500-7,000 rounds per minute.

Bertholf is currently 86 percent complete. The next major production milestone is scheduled for later this summer. Known as Main Engine Light-Off, it will involve an initial operational test of the ship's engines. 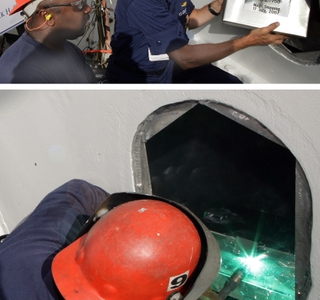