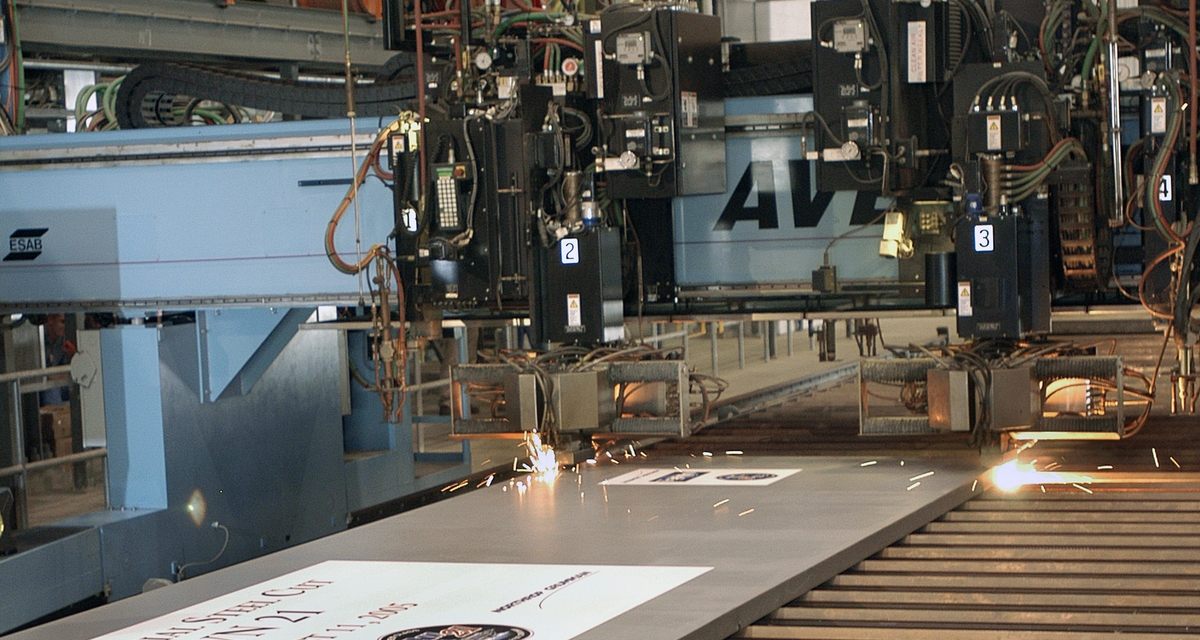 NEWPORT NEWS, Va., Aug. 11, 2005 (PRIMEZONE) -- Northrop Grumman Corporation (NYSE:NOC) has reached its first construction milestone in the life of the new-generation aircraft carrier, CVN 21. The company cut one of the first pieces of steel, a 15-ton plate for a side shell unit of CVN 78, the first ship of the CVN 21 program.

A video accompanying this release is also available at http://media.primezone.com/cache/189/file/2093.wmv

Design work on the CVN 21 is underway at Northrop Grumman's Newport News sector, with the full construction contract anticipated in 2007. Advance construction began in 2005 to allow shipbuilders to test the design-build strategy before overall construction begins in 2007. Each ship of the class is valued at approximately $8 billion.

The ceremony also served as the grand opening for the shipyard's new heavy-plate bay facility, one of several new facilities built for CVN 21 construction. This facility houses some of the most technologically advanced machines in the shipbuilding industry, including the ESAB Avenger 3-Telerex burning machine used in the steel-cut ceremony. Other new CVN 21 facilities include the covered modular-assembly facility, covered modular-outfitting facility and unit-assembly facility. These facilities will allow employees to work uninterrupted by the weather, and will house additional cranes to build pre-outfitting units to a higher degree of completion than on all previous carriers.

"CVN 78 will have improved capabilities over the Nimitz-class, a class of ships that has proven very capable," said Petters. "CVN 21 is designed for efficiency over the 50-year lifecycle while providing America with the kind of forward presence unique to aircraft carriers and so critical in today's uncertain world."

Innovations for the CVN 21 program include an enhanced flight deck capable of increased sortie rates, improved weapons movement, a redesigned island, a new nuclear power plant, reduced manning and allowance for future technologies. These and many other evolutionary features are being developed to maximize efficiency and reduce acquisition costs, manning and weight while enhancing the ship's operational capabilities. Design and technology insertion costs are approximately $5.6 billion spread over the class of ships.

"Today celebrates a significant investment in the future of Newport News," said Architzel. "I can tell you there are no better warfighting platforms in the world than those that are built at Newport News."

Northrop Grumman Newport News, headquartered in Newport News, Va., is the nation's sole designer, builder and refueler of nuclear-powered aircraft carriers and one of only two companies capable of designing and building nuclear-powered submarines. Newport News also provides after-market services for a wide array of naval and commercial vessels. The Newport News sector employs about 19,000 people. For additional information about the CVN 21 program, please visit www.nn.northropgrumman.com/cvn21. 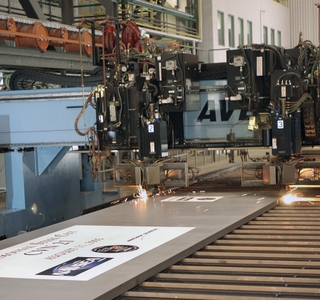 Northrop Grumman reached its first construction milestone in the life of the new-generation aircraft carrier, CVN 21.

Northrop Grumman reached its first construction milestone in the life of the new-generation aircraft carrier, CVN 21. The company cut one of the first pieces of steel, a 15-ton plate for a side shell unit of CVN 78, the first ship of the CVN 21 program. Image by John Whalen, Northrop Grumman Newport News.